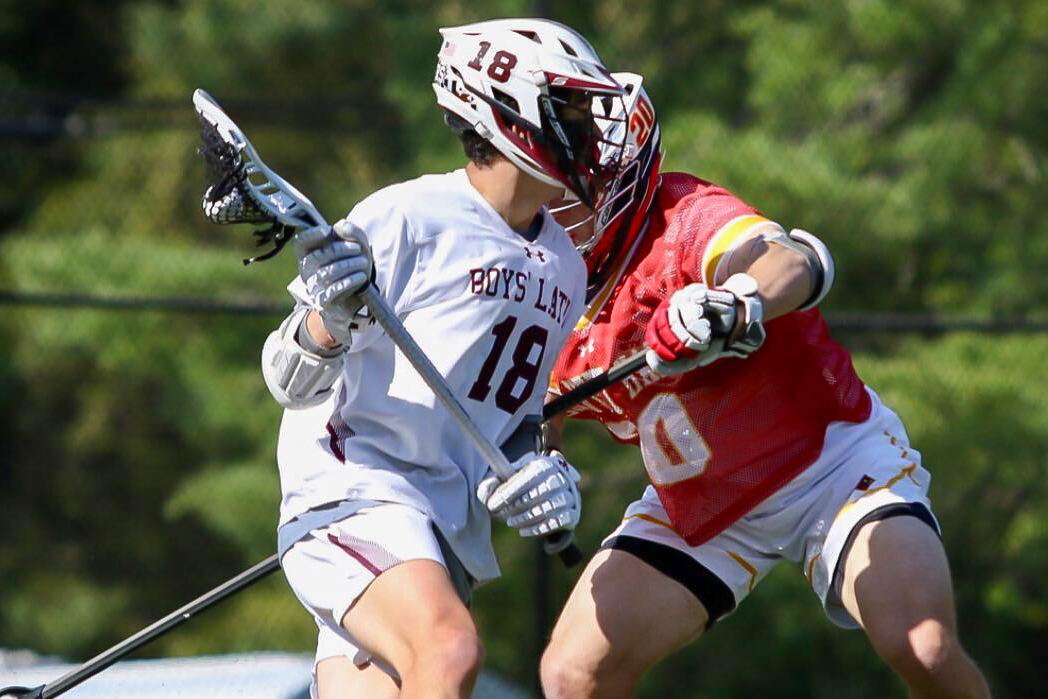 Spencer Ford Jr. returned home from a tournament just minutes before midnight. The clock struck 12 as he was in the shower, marking the first day of September and the first day of the recruiting period.

By the time the now-Maryland men’s lacrosse commit left the shower and checked his phone, it had already blown up with dozens of text messages and missed calls from schools attempting to reach him.

Ford, who the National Lacrosse Federation ranked as the top attacker in his class was a heavily sought after prospect, leading to a cluttered and stressful recruiting process.

However, his father helped him make his college choice — Maryland.

Spencer Ford Sr. has greatly influenced his son’s development in his roles as coach and father. The two — often called “Big Spence” and “Little Spence” — came to resemble each other on the field while sharing a close bond off of it.

The Decision
Ford Sr. spent eight years as a player in Major League Lacrosse. He then followed that with a decade as a general manager for several teams. That meant his son has been in professional locker rooms “basically since birth,” Ford Sr. said.

Growing up in that professional lacrosse environment allowed Ford Jr. to learn from some of the very best in the sport, helping him develop both on and off the field.

“The preparation of understanding how pros act helped him kind of move forward in this [recruiting] journey for him,” Ford Sr. said. “But, rest assured, this was not an easy decision.”

The next few weeks of September consisted of dinner visits and breakfast meets, each school wanting to land one of the top players in the class.

He grew up supporting Johns Hopkins — the school where his grandfather went. Towson offered an obvious appeal because his father played lacrosse there. However, Maryland’s success caught his eye.

“My role is to try to help these guys with their decision,” Farrell said. “But ultimately it comes down to what they want and what they feel is going to make them the happiest for the next four years.”

The school that would make him the happiest just so happened to be his high school coach’s alma mater. Ford Jr. told the NLF he loved everything about his official visit to College Park, which helped him make the choice to join John Tillman’s program.

The grueling recruiting process was finally over.

“I know he was torn between a lot of these amazing schools,” Farrell said. “When he finally told me that he was going to Maryland, it was just an exciting day for him and his family, and it was a good day for the Terps.”

Father and Coach
Just 10 days after Ford Jr.’s commitment, his club teammate Peter Laake, who NLF named the top-ranked defender in the class, announced he would also be coming to College Park.

The two shared a close bond, and Ford Jr. actively recruited him to join by sending him turtle emojis every single day.

They played for Crabs Lacrosse, where Ford Sr. joined them as coach.

This was one of the many times in Ford Jr.’s life where his father played both of those key roles in his life.

“My dad’s been with me throughout my life in lacrosse and everything else in the past 16, 17 years,” Ford Jr. said. “It’s been awesome to have him on the sidelines and just as a father figure.”

That presence on the sidelines has turned Ford Jr. into a team leader, with Laake calling him “just like a coach on the field.”

The similarities between father and son extend to their play styles. Both aren’t fast, Ford Jr. said, but noted they use the speed in their eyes and minds to compensate.

That skill set makes him an impressive multi-faceted attacker who is just as dangerous as a passer as he was a scorer. He scored 63 points in his sophomore season at Boys’ Latin — nearly splitting them evenly between goals and assists, per NLF.

“I feel like I’m more of a quarterback that sees the field really well,” Ford Jr. said. “I’m not the fastest person on the field. I can’t beat a man and absolutely blow by them and score. But, I can beat them with the mind.”

His father agrees, saying that his son’s IQ is “off the charts” and that Ford Jr. wants to be the smartest player on the field.

The father-son duo’s collective intelligence and desire to prove those smarts can sometimes lead to disputes and strong debate.

To his high school coach, their disputes stem from their competitive nature.

“Any time you have two guys that are very passionate about the sport and obviously tremendously hard workers that are also related, that’s a pretty powerful combination,” Farrell said. “I think deep, deep down, they love each other so much and they care about each other.”

Despite the ragged edges of “Big Spence’s” coaching style, every so often a sign of genuine love and emotion leaks out. The coach admitted his son has brought him to tears on the sidelines and said his coaching style is mostly to ensure that nobody thinks he takes it easy on Ford Jr.

That approach is why Ford Sr., who’s also an assistant coach for Archbishop Spalding High School, admitted he was happy his son didn’t play for him in high school — saying it would strain their relationship. The games when Spalding matches up with Boys’ Latin make for “fun evenings,” Farrell said.

With college lacrosse on the horizon, “Big Spence” looks forward to a time where he can sit back and cheer on his son as a full-time father.

“I’ve waited for this moment for a long, long time,” he said. “All the success is going to come. But, now it’s a chance to sit back and actually be a dad.”

Ford Jr. spent much of his life engulfed in lacrosse, integrated into professional locker rooms and coached by a father with a wealth of experience in the sport. He grew up and developed a game like his father’s — turning himself into a younger version.

The two share so much more than their name and with Ford Jr.’s achievements increasing by the day and the attacker expected to dominate at Maryland, the elder Ford knows his son may outstrip his accolades with time. 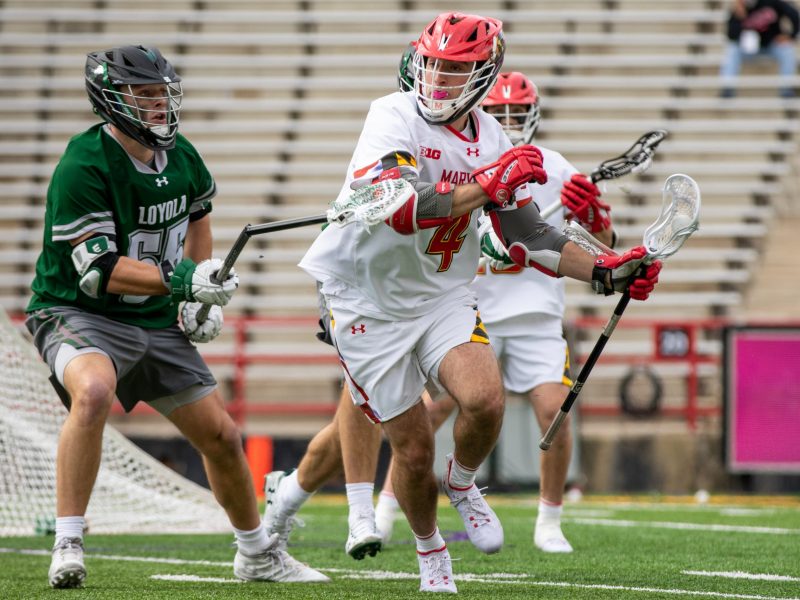