Fast-casual Mediterranean restaurant to open in College Park in January 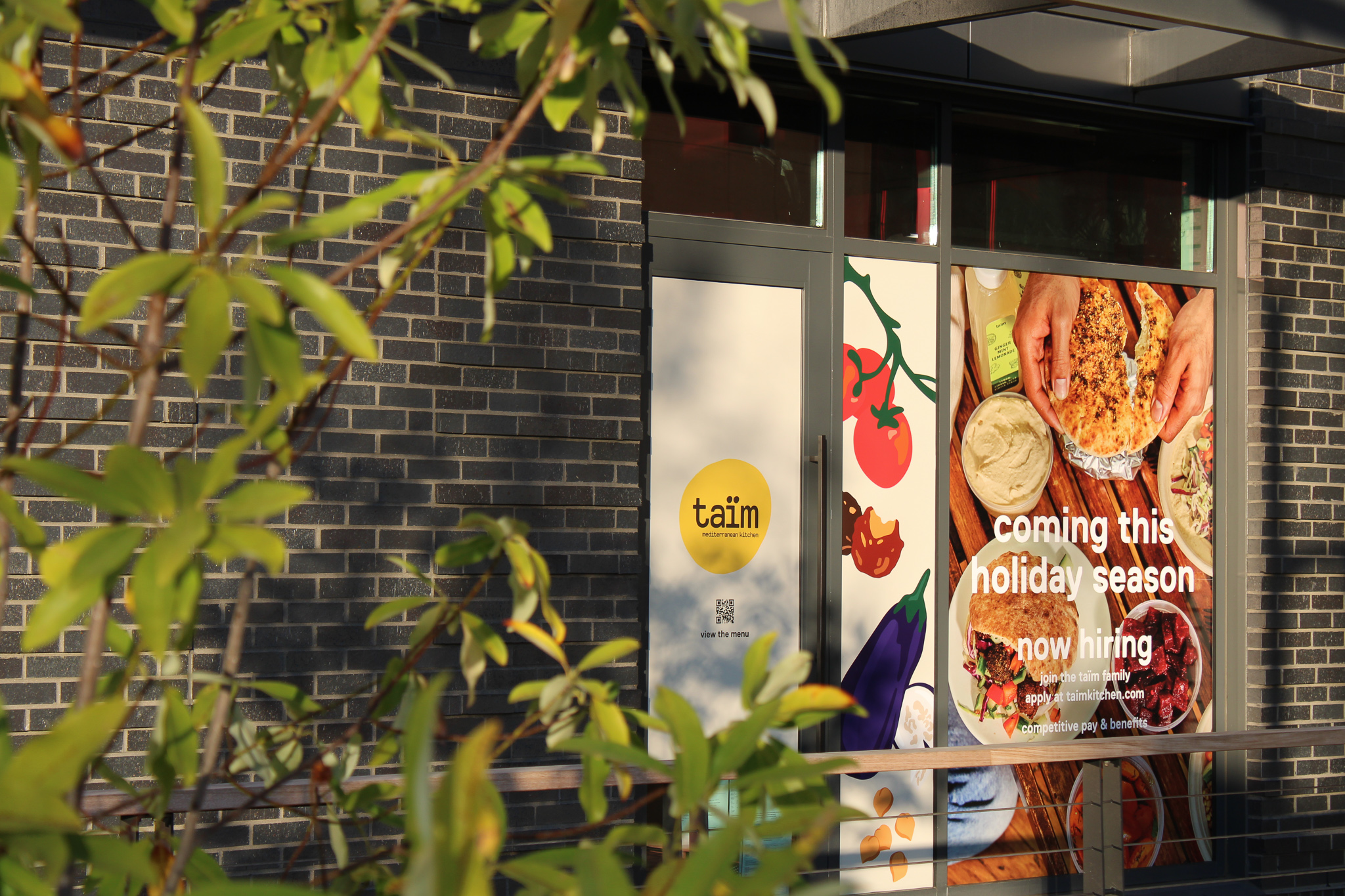 The chain will open in the College Park City Hall on Route 1, according to Matt France, chief development officer for Untamed Brands, a company that operates with Taïm Mediterranean Kitchen and other restaurants to help with business strategies.

Fast-casual restaurants such as Chipotle and Cava have a good reputation in College Park, according to Phil Petrilli, CEO and founder of Untamed Brands.

“College Park is a community,” Petrilli said. “You have just about every fast-casual brand that really has a good reputation … That really speaks to, again, not just the students, but you have a younger, professional resident.”

There are lots of options for people with different diets, Petrilli said. The restaurant offers vegetarian options, chicken shawarma and meatballs, he added. But one of the restaurant’s most popular items is its falafel.

“We’re kind of that rare intersection that people want to eat [at] and that’s actually good for them,” Petrilli said. “It’s really a diversity of flavors that many other cuisines just can’t match. The best quality is what makes the food better.”

The menu also offers customization, Petrilli said. Along with the popular items, customers can choose from whatever they like.

If customers choose the bowl option they can pick a base such as leafy greens or couscous. Next are the entrees such as falafel, chicken and meatballs, but also cauliflower shawarma and eggplant. Lastly, customers can choose toppings including olives, toasted almonds and pickled onion.

Some students such as freshman psychology major Karina Ward are willing to give the new Mediterranean restaurant a try. When Ward goes out to eat, she looks for affordable comfort food.

“I was never really into fast food,” she said. “I do find it difficult [to eat healthy] when I’m surrounded by food that’s not exactly the highest fresh quality.”

Throughout the year, Taïm Mediterranean Kitchen also has seasonal items, Petrilli said. Over the summer it sold a citrus and beet salad with mandarin oranges and roasted beets. It has also had different flavors of falafel such as harissa falafel, a type of North African spice paste.

“We could use some healthier options,” junior English major Catherine Frisch said. “There’s a Saladworks [in Stamp] but another place would be cool.”

Frisch has never heard of Taïm Mediterranean Kitchen but would be interested in going because she doesn’t like cooking and needs more food options.

Petrilli is not worried about the competition with Cava, another Mediterranean fast-casual food chain located in College Park. In New York, the restaurants are near each other and they co-exist, he said.

“We’re not concerned about fast-casual competition because what we do is so different than many of the others,” Petrilli said. “This kind of scratch cooking model in a restaurant really makes a difference in how the food tastes when customers take the first bite.”