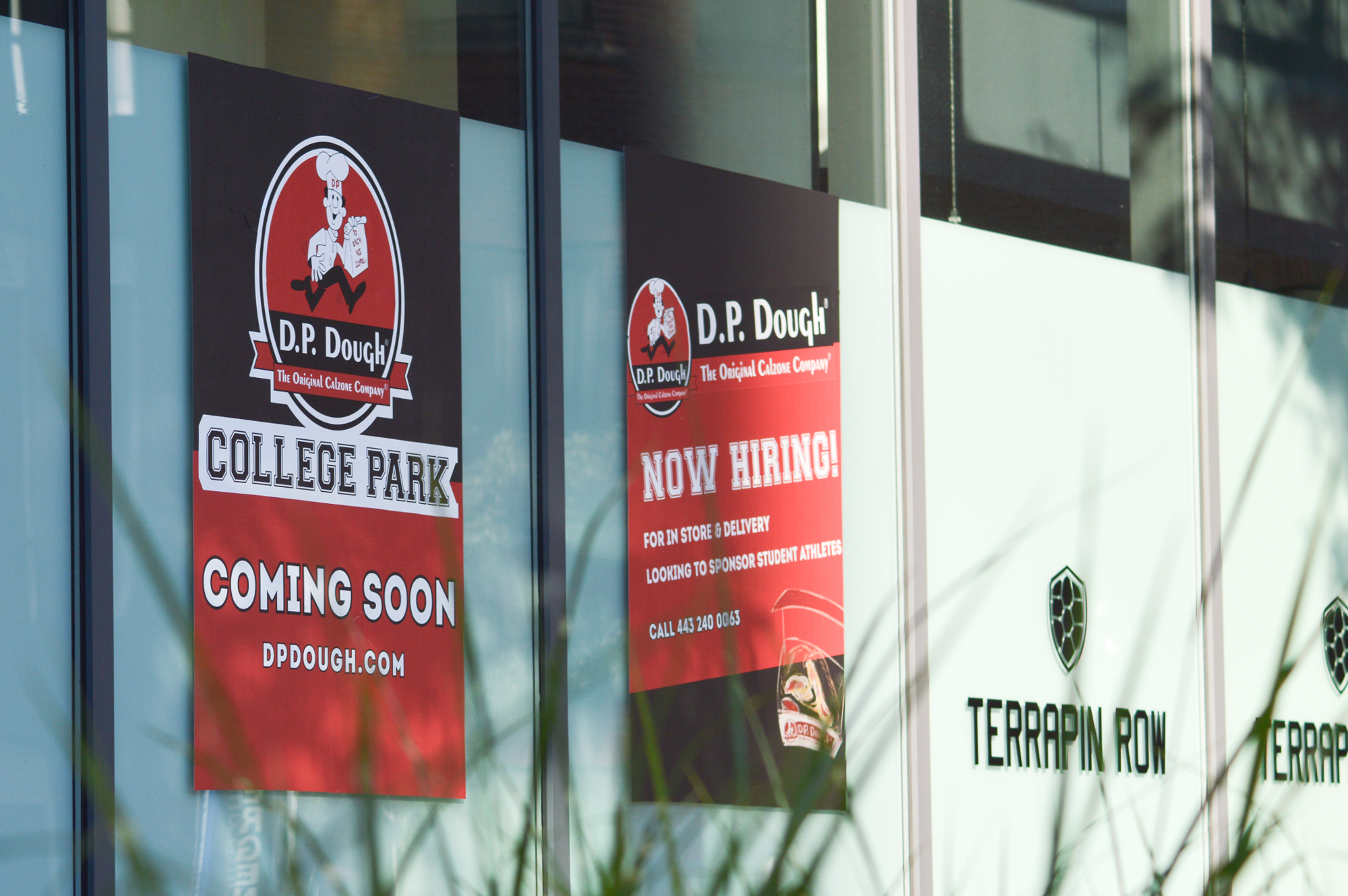 The chain will open in Terrapin Row at 4200 Hartwick Road. D.P. Dough was located on Route 1 for 20 years but closed in 2020. The restaurant is slated to be open all week until 3 a.m. for people who go to a bar or party and need something to eat after, managing partner Corey Polyoka said.

“I love pizza and it’s pretty much pizza, but I feel like they’re underrated,” said junior psychology major Ami Makadia.

Makadia lives in South Campus Commons and said she is excited to have a restaurant close to where she lives when she studies late at night and needs something to eat.

She said D.P. Dough is going to be successful because of its location but won’t measure up to Marathon Deli, one of the university’s most popular late-night food spots.

D.P. Dough has locations around the country, including one at Towson University which opened almost a year ago. Polyoka has been in the hospitality service for 15 years and wanted to become an owner of a D.P. Dough franchise.

“I just had fond memories of eating at D.P. Dough when I was in college,” Polyoka said.

Akshay Bhandari, a junior computer science major, does not feel strongly about calzones but said he would go to D.P. Dough because it’s a new choice in College Park.

One of the highlights of the new location will be an LED light wall with 25,000 lights that will sync with music.

D.P. Dough is planning to have different promotions such as “The Golden Box,” Polyoka said, where customers who find a gold box hidden in the store’s stacks of calzone boxes will win a prize.

“I like that we provide an alternative where energy continues,” Polyoka said. “[There’s] a vibe happening as opposed to going to a place like a convenience store.”