Let’s get this bread later: Stamp Panera delayed until spring 2023 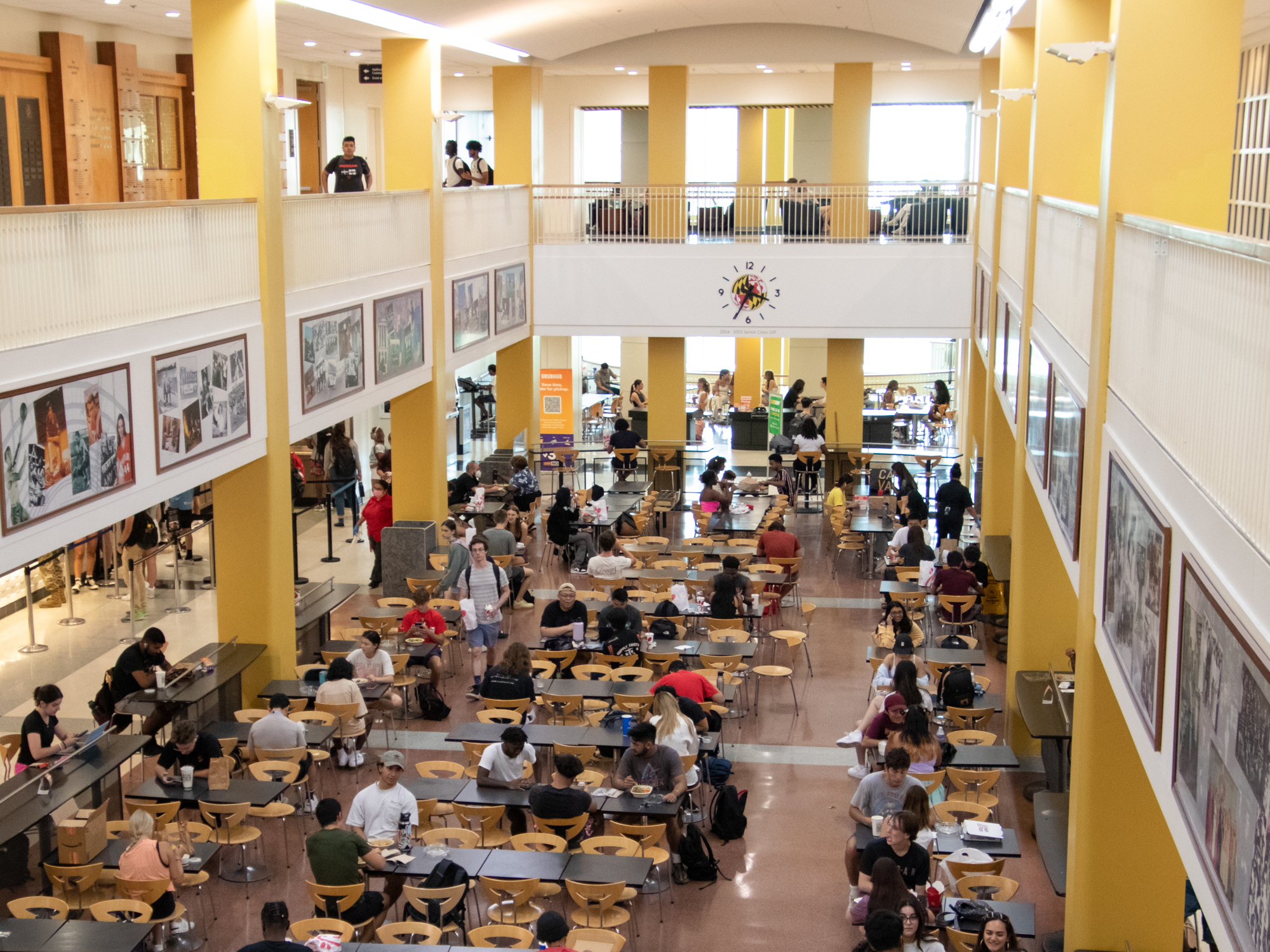 Students eating inside of Stamp Student Union on Aug. 30, 2022. Panera Bread is planned to open during the spring semester, according to interim Dining Services Director Joe Mullineaux, in an email. (Daryl Perry/The Diamondback)

The opening of Panera Bread at Stamp Student Union has been delayed to spring 2023, a semester after it was initially supposed to open.

The delay mainly comes from contract negotiations between the general counsel office — the University of Maryland’s attorneys — and design firms, according to Joe Mullineaux, interim director for Dining Services.

The Panera Bread, which will replace the old Adele’s restaurant on Stamp’s first floor will most likely open around spring break next semester. The target date is Jan. 16, 2023, but Mullineaux believes it likely won’t be ready then.

“We originally thought we were going to be opening in August,” Mullineaux said. “It has been a long process for us.”

The contract to build the Panera Bread has to meet all the Maryland state law requirements, and it has been more than two months trying to come to an agreement.

Panera Bread gave the university’s attorneys a new design firm to work with. The original firm was used to doing “traditional Panera outlets,” and the Panera coming to Stamp is one of the first “non-traditional” Panera units.

There aren’t many Panera Breads operating in college settings, Stamp director Marsha Guenzler-Stevens said. Because the Panera coming to Stamp will be the first self-operated location, it brought a lot of struggles in negotiating contracts.

“[The problem was] more contractual than anything else,” Guenzler-Stevens said.

Supply chain issues and the COVID-19 pandemic are other reasons for the delay, according to Mullineaux and Guenzler-Stevens.

“The supply chain issues meant that our contract negotiating friends and procurement were probably really struggling on every contract,” Guenzler-Stevens said, adding that contractors have been difficult to find during the pandemic.

[Let’s get this bread: Panera to open at Stamp this fall]

Erik Ter-Gabrielyan, a senior information science major, is disappointed by the delay of Panera opening.

When Ter-Gabrielyan first heard the news, he planned on going to Panera frequently with his friends during the fall 2022 semester. But because he graduates in spring 2023, he said he’ll enjoy the Panera Bread for just one semester.

Ter-Gabrielyan thinks Panera Bread is a healthy addition to Stamp, compared to places such as Chick-fil-A, adding that Panera has many vegan-friendly options on their menu.

“I can’t wait to get it open,” Mullineaux, who has been working on the project for about 10 years, said. “So excited about bringing [Panera] on to campus.”