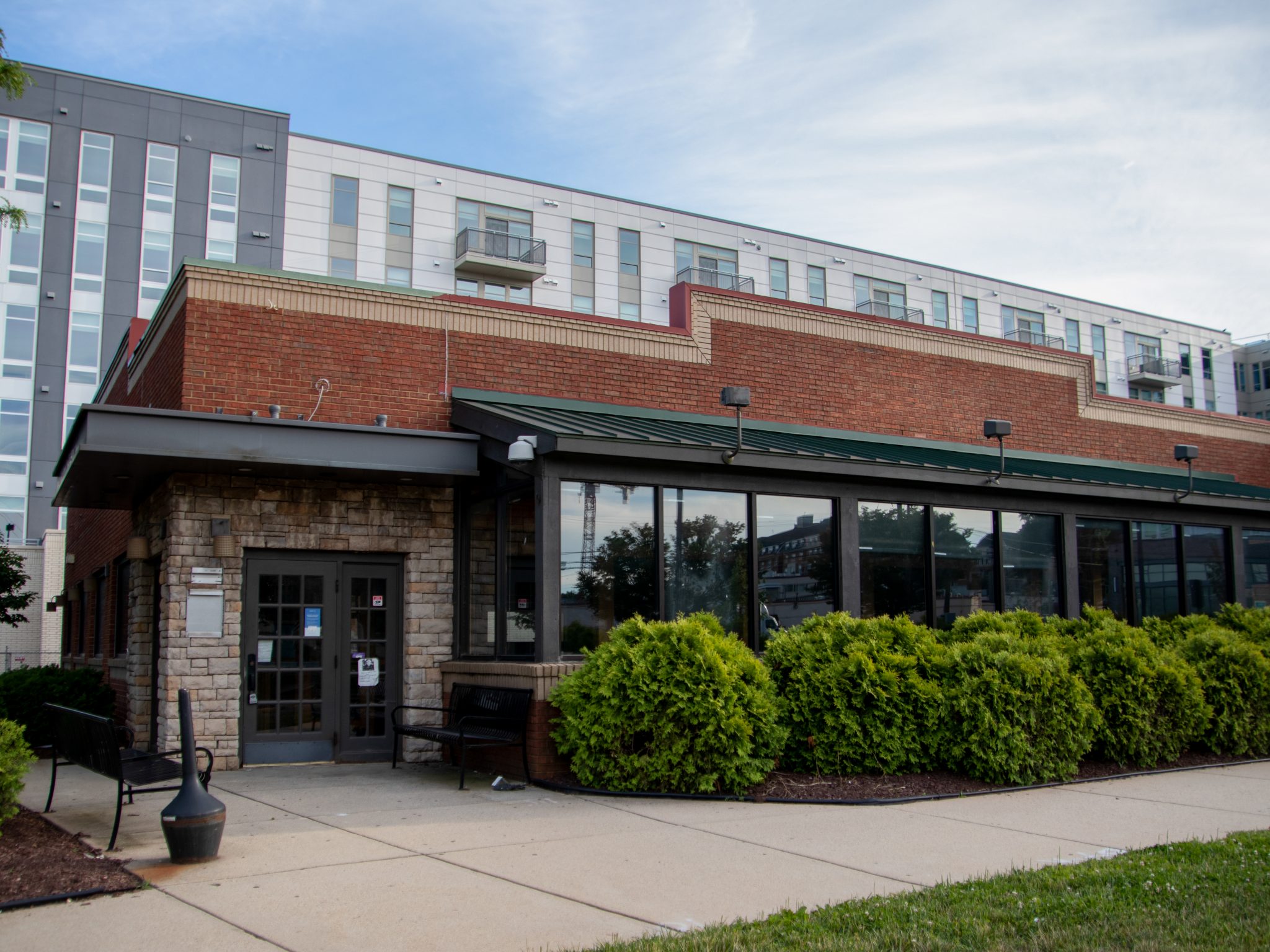 The building Chick-fil-A bid on to become a distribution kitchen in College Park, Maryland, on Jun. 28, 2022. (Daryl Perry/The Diamondback)

By Nick Elliott and Nene Narh-Mensah

College Park officials and residents are criticizing a proposal by Chick-fil-A to build a distribution kitchen on Route 1.

The project — named “Little Blue Menu” — would sit on the former site of an Applebee’s Grill + Bar, just a short walk away from Marathon Deli and College Park Bicycles. The distribution kitchen would prepare food mainly for offsite consumption, with limited seating located outside of the building.

Some locals and College Park City Council members said they are frustrated at the company for its lack of community engagement in the development process and Chick-fil-A’s known association with anti-LGBTQ+ organizations.

“I’m sure there’s plenty of things that could have been built there instead that probably would have had a much larger impact,” Ukondwa said.

Ukondwa also emphasized that small businesses associated with the identity of College Park are being bought out by large companies such as Chick-fil-A.

Sophomore middle school math and science education major Bryant Rivera Cortez said though there could be criticisms of Chick-fil-A from some LGBTQ+ communities on the campus, they might not be large enough to have an impact.

“I haven’t heard much about any stir up against the one in the Stamp,” Rivera Cortez said. “I don’t think it’s going to be an issue that really reaches the surface.”

City officials also raised concerns that the proposed development would increase car traffic in the area, countering the vision to have a walkable district.

“I consider a part of our vision for College Park is to be walkable,” District 3 council member Stuart Adams said. “I also like to see small, independently owned businesses, I like to see good equity and inclusion throughout everything we do, but my main concern with this is definitely the quasi drive-thru that’s being proposed.”

The distribution kitchen was proposed as an amendment to existing development plans for the downtown College Park commercial area. As opposed to a separate development plan, an amendment allows the proposal to pass without needing a traffic study or a hearing at the county planning board, according to city planning director Terry Schum.

Prince George’s County accepted the application in June, and it is currently under review, said James Hunt, planning division chief for the development review division of the Maryland-National Capital Park and Planning Commission.

“They didn’t come to the community when they submitted their request for an amended detailed site plan and really tried to do this without engaging the community at all,” Wojahn said.

“No one but a national corporation using a new subsidiary operation [could] walk through zoning back doors to avoid public debate,” College Park resident Robert Baum wrote in an email.

Chick-fil-A argued in their application that Little Blue Menu would classify as an “eating and drinking establishment,” the same category the Applebee’s fell under. While Prince George’s County agrees, the City of College Park does not.

Schum said during the June 21 council meeting that in her view, the proposed development wouldn’t be allowed in the district according to the latest zoning codes for the location.

“What [planning department] staff sees is a change in use of the property from an indoor dining, eating and drinking establishment to something that really is new, something we really haven’t seen much of to date,” Schum said.

According to Schum, under the new zoning ordinance, an establishment such as Little Blue Menu would fall under a “quick-service restaurant.”

Hunt said because the application for the original site plan was accepted before the new zoning ordinances were implemented, the amendments would adhere to the old codes.

Schum said at the June 21 council meeting that Chick-fil-A was claiming the Little Blue Menu wouldn’t solely serve items from Chick-fil-A — it would also offer food from other menus.

“I think it’s kind of a disservice to my client to suddenly say, ‘Oh, this has got to be drive-thru,'” Lynch said. “I strongly believe that’s the reason why this is being done, because then it no longer becomes permitted use.”

According to District 3 council member John Rigg, the idea for the distribution kitchen was floated long before February.

Rigg said Chick-fil-A approached him, former council member Robert Day and Schum with the suggestion about a year ago.

He said the Chick-fil-A representatives he spoke to seemed responsive about concerns.

“They said that having community buy-in was very important to them and the fact that I was not very enthusiastic about it was meaningful, and they were going to take that back and consider whether to proceed,” Rigg said.

But from then on, there was radio silence from the company, Rigg said. Later, the conversation resurfaced through Schum, who had heard about a new proposal through planning channels.

Baum noted in an email that he believes “traffic congestion, reckless driving, and unsafe pedestrian and cyclist conditions” are increasing in College Park. To him, the distribution center establishment would be a “traffic impact burden.”

Madeline Zilfi, a retired University of Maryland professor and longtime resident of Calvert Hills, expressed her confusion with the utilization of the space — a delivery focused establishment — when a sit-down restaurant, such as the Applebee’s that stood before it, could be better suited for the community.

After attending the meeting, Matthew Kirschenbaum, an English professor at this university, spoke out against the proposal, suggesting it was incompatible with community visions for College Park and expectations for a college town.

He said he also took issue with having Chick-fil-A open a location in College Park given its history with LGBTQ+ issues.

Dear @President_Pines: #pride 🌈 month brings the news that Chick-fil-A plans to open a corporate kitchen and delivery hub on the site of the former Applebees on Baltimore Ave. It will not even be a sitdown store. How is this compatible w/ the values of UMD or greater CP? @thedbk

The city council voted on June 21 to send a letter detailing their concerns to the county government.

The “strongly worded” letter stated the city wanted the county to deny Chick-fil-A’s application, Schum said. If the county felt they couldn’t reject the application, the letter included the city council’s suggested improvements to the development, she said.

“We have to just make our case and hope we’re heard,” Schum said.

Hunt said the planning department staff is currently reviewing the proposal to see if it fits under the site plan. This process usually takes 40 to 50 days after the application is accepted.

Staff would then make their recommendations to the director, who would decide whether to approve it.

If the application is approved, the plan provider would need to get certified by the planning department, Hunt said.