Review: Netflix’s ‘All Quiet on the Western Front’ is a true anti-war film 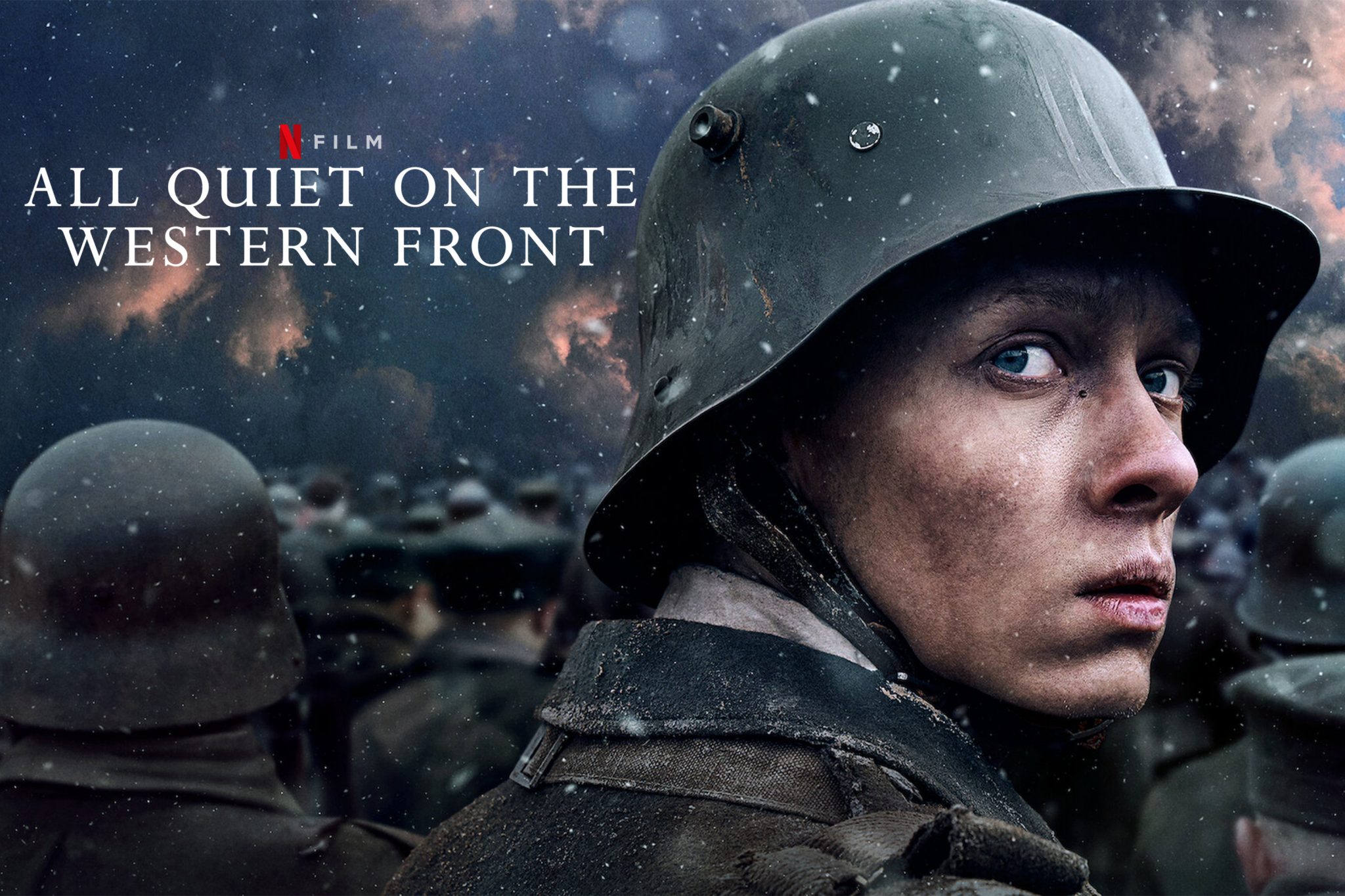 What I think a lot of “anti-war” films seem to miss is the fact that there’s nothing good about war. Whether it’s Forrest Gump or Saving Private Ryan, they make the mistake of depicting war as something that can create heroes, that people can participate in war and still come out as the good guys. Those are the kinds of films that claim to say war is bad while romanticizing it at the same time.

But that’s not the case for Im Westen nichts Neues — or All Quiet on the Western Front in English — which Netflix released Friday. An adaptation of Erich Maria Remarque’s novel of the same title, with some creative liberties mixed in, it’s a truly anti-war film in almost every way possible.

Like the book, the movie follows young Paul Bäumer as he and his friends join the German army during World War I and are sent to the Western Front. This is where Paul experiences the worst of the war and realizes the pride in his nation he once felt was misplaced. He watches his friends die one by one. This film is bleak and not one that’s easy to watch. There are graphic depictions of combat.

[Review: Netflix’s ‘The Watcher’ is strikingly mysterious but lacks depth]

Happy scenes are few and far between, and even those have a feeling of despair. An example of this is a scene early in the movie when we get to see the main characters eat a cooked goose. Although there are smiles on their faces as they enjoy their meal, there is an underlying sadness because this is all they have in the desolate Western Front. Their situation worsens throughout the movie until Paul and his friend Kat find the taste of raw eggs as a relief to their endless struggle.

The key difference between this film, its 1930 predecessor and both films’ source material is where the focus lies in terms of themes. Previous versions of the story include Paul returning home and realizing people are uninformed about the conditions on the Western Front. Netflix’s adaptation doesn’t include this scene as it seems to be more focused on the war’s brutality than the social struggles soldiers face upon their return.

The shift in themes is fitting for this version because it has come out in a time when we are witnessing war happen again in places such as Ukraine. The book was written after the end of World War I and could therefore accurately depict veterans’ feelings of not belonging at home. This movie, however, should be seen as a commentary on wars happening right now and a warning about the unnecessary loss of life war causes.

It’s interesting to also compare this film to another movie set during World War I: 1917. I both consider good films with important messages. But I believe 1917, despite being more impressive with its production, fails to show war not as a binary good versus evil situation. I like 1917 because it has main characters who do the absolute most not to kill anybody, but it simultaneously depicts every German soldier during war as being ready to attack others on sight.

Im Westen nichts Neues is different. It’s told from the perspective of German soldiers by a German director, yet there are moments when Paul and the audience are forced to empathize with French soldiers. This movie isn’t afraid to say both sides of the conflict had good people, and both sides committed war crimes.

There should be more films about World War I because that war has such a morally gray reputation. Unlike World War II, it’s harder to interpret a clear good and bad. Maybe that’s why there are so few movies tackling the subject. I can only recall 1917, They Shall Not Grow Old and this film as the only notable films in recent years that depict World War I.

Im Westen nichts Neues is a must-watch movie because of its important messages about war, nationalism and the military-industrial complex. But I would say this isn’t a film that you can easily sit down and watch. If you are going to see this movie, then be prepared for the horrors of war it will depict. It’s not as hopeful as other “anti-war” films.