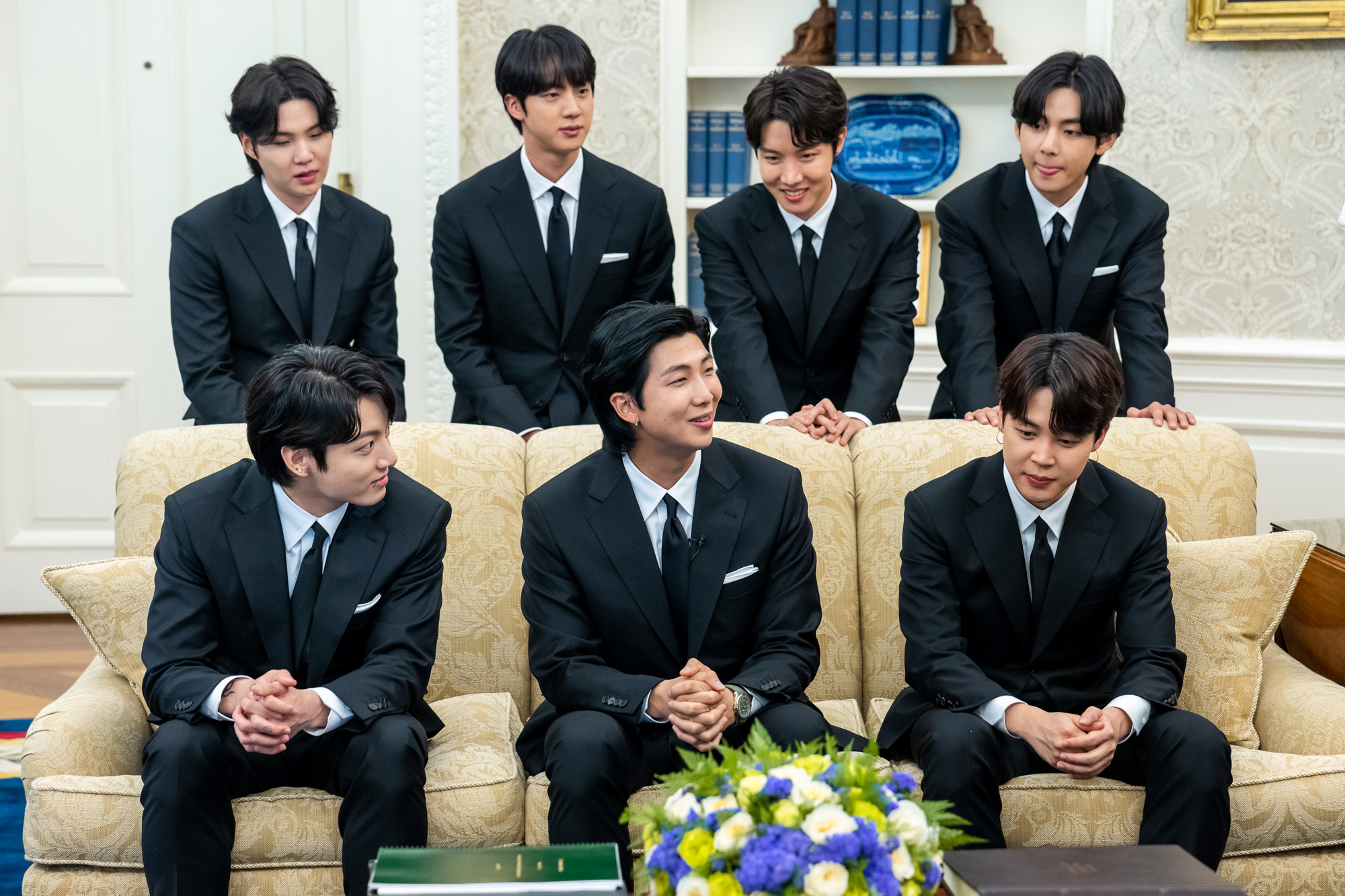 The world-renowned K-pop group BTS is going on hiatus. The group’s agency, BigHit Music, announced last week that the group will serve its mandated military service in South Korea and is expected to reconvene in 2025.

In South Korea, all able-bodied men are required to serve in the army, navy or air force for at least 18 months by age 28. The conscription system allows for some exceptions for athletes and artists who represent their country globally. However, BTS has made the decision to fulfill its service.

To K-pop fans at the University of Maryland, this announcement sets an expectation for other K-pop groups nearing their required military service term.

Senior linguistics major, Gianca Bonilla, started listening to K-pop in 2014 and is witnessing how this news might change the game for K-pop groups.

“It sets a big precedent,” Bonilla said. “They were the first K-pop group to get this kind of national extension for military service. It’s normally reserved for Olympic gold medalists and classical artists that have contributed to Korean culture … But even then, they still are choosing to go do their military service.”

“I’m proud that BTS made the decision on their own as a group to like go on hiatus, because a lot of K-pop groups, the company makes every single decision for them,” Ira Valeza, a junior Chinese and government and politics major, said.

We’ve seen boy bands or groups go on hiatus. One Direction took a hiatus in 2015, but with the group members pursuing solo careers,  it doesn’t appear they will be getting back together anytime soon. Bonilla said this experience is very different from BTS going on hiatus because there will be no content from any of the band members.

“In this case we don’t really get anything,” they said. “They’re just gone.”

“It’s interesting to see whether or not those people who were fans of BTS but not other K-pop groups, if that fandom will kind of spread to the rest of the K-pop field,” sophomore computer science major Henna Poon said. “Will there be more people overall listening to K-pop, and, would that be because of BTS? Are they trying to fill an empty void inside of themselves now that BTS is not making music anymore?”

Bonilla noted that K-pop as a genre is starting to pull more international influences, with members of groups from outside of Korea, or members who hold citizenship in other countries.

“This opens up a really huge gap for some new artist or artists, plural, you know, groups, plural, to really fill up that space because they’ve had a real huge monopoly on K-pop for a while,” they said.

[Review: ‘Midnights’ captures elements of Swift’s past in a journey through the night]

In general, the departure of BTS is disappointing for fans, but it doesn’t mark the end of the genre’s international influence. Valeza, who has been listening to K-pop since her junior year of high school, has found joy within the genre as a whole.

“[K-pop] connected me to a lot of people, and I made so many friends with K-pop and K-pop is a source of my happiness,” Valeza said.

And, for newer listeners such as Poon, the group’s influence up until now has made meaningful contributions to their introduction to K-pop.

“The biggest sadness that I have with BTS going on hiatus was the fact that BTS was my first K-pop group,” Poon said. “If it wasn’t for BTS, I wouldn’t be into K-pop, I wouldn’t have learned about all these other groups. I don’t know, I just feel like my life would be a lot more different.”