Review: ‘Midnights’ captures elements of Swift’s past in a journey through the night 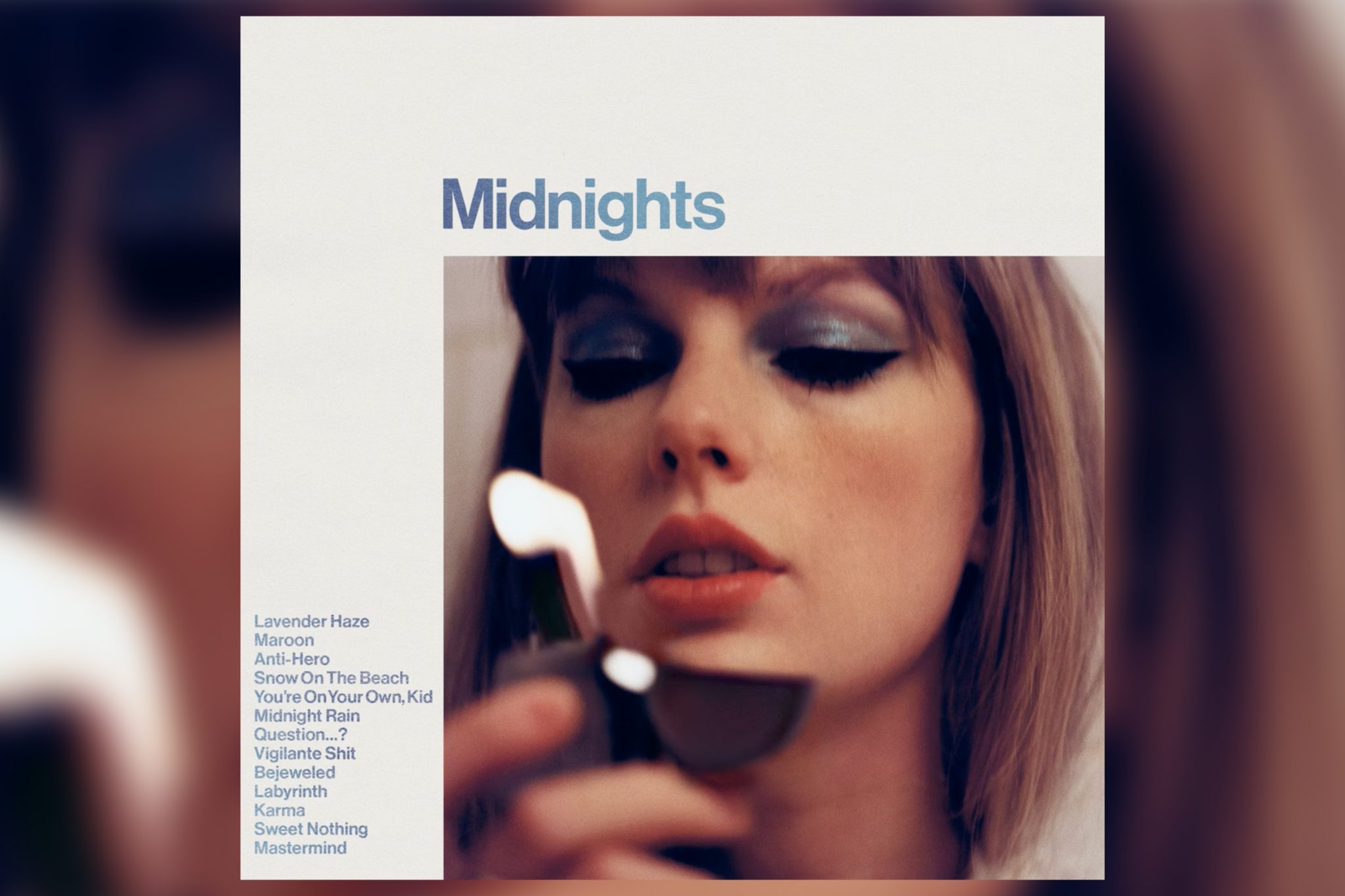 Few music artists have exhibited as much versatility in style as Taylor Swift.  The prolific singer-songwriter released her 10th studio album, Midnights, on Friday — which fans have been eagerly anticipating since its announcement in August.

Swift has been releasing re-recordings of her previous albums throughout the past few years, but Midnights is the first new album she’s released since Folklore and Evermore in 2020.

Swift has characterized the thirteen-track album as featuring songs written over “thirteen sleepless nights.” She also released seven additional tracks on the 3 a.m. edition of the album. It is a creative album concept and the end result certainly delivers.

Swift makes a return to her past pop eras, though it is clear her artistry has evolved over the years as the overall tone of Midnights is noticeably more somber, subdued and mature. Though the dreamy, synth atmosphere of songs such as “Lavender Haze” is reminiscent of the 2019 album,  Lover. The peppy pop melody of “Bejeweled” evokes 1989 and “Vigilante Shit” would be at home on Reputation.

There is, of course, no shortage of catchy choruses and upbeat instrumentals, but in true Swift tradition, several tracks on Midnights reveal a more vulnerable side of the singer’s inner life, cutting deep into insecurity and self-hatred.

“It’s me, hi / I’m the problem, it’s me / At teatime, everybody agrees / I’ll stare directly at the sun, but never in the mirror / It must be exhausting always rooting for the anti-hero,” Swift sings in the chorus of her lead single “Anti-Hero.” The track is a brutally honest rendition of her self-doubt freshly set to one of her characteristically singable melodies.

The “Anti-Hero” music video hones in on the song’s relatable themes of isolation while still managing to not take itself too seriously, humorously acting out lyrics such as “Sometimes, I feel like everybody is a sexy baby / And I’m a monster on the hill / Too big to hang out, slowly lurching toward your favorite city / Pierced through the heart, but never killed” in a goofy surrealist style.

Swift does not shy away from the emotion on the other tracks; the seventh track, “Question…?” explores doomed romance and regret. Track five, “You’re On Your Own, Kid,” features dark lyrics that evoke unrequited love and loneliness: “From sprinkler splashes to fireplace ashes / I waited ages to see you there / I search the party of better bodies / Just to learn that you never cared / You’re on your own, kid / You always have been.”

The melancholic themes, mellow instrumentals and synth contribute to the late-night atmosphere of the album, making it a great option to listen to on those nights when you find yourself hopelessly counting sheep. Like much of Swift’s music, Midnights blends the personal and universal, using metaphor, clever turns-of-phrase — the vulnerability of her own experiences to give voice to struggles many people go through — is the appeal of her lyricism.

With a coherent sound and reflective, dream pop beats, Midnights is another hit no Swiftie should miss.