Review: ‘The School for Good and Evil’ is a masterclass in one-dimensional characters 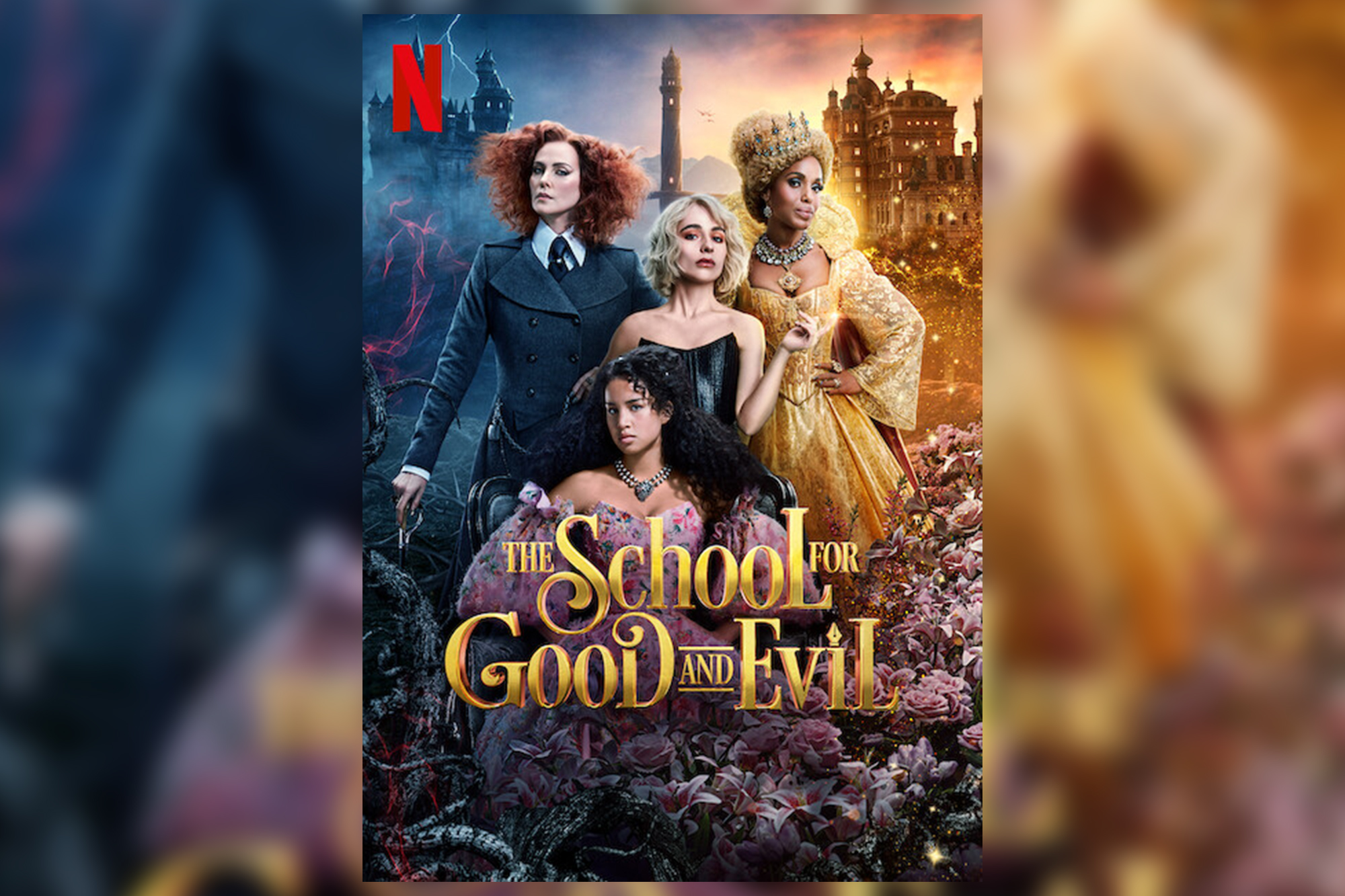 I enjoyed reading the book The School for Good and Evil when I was in middle school before I had read the works of writers such as Sarah J. Maas and Riley Sager. So, I shouldn’t have been surprised by how juvenile and underwhelming the film adaptation of the book was.

But somehow, it was worse than I ever imagined. As much as the star-studded cast tried, they could not save this trainwreck of a movie.

The plot has potential — the idea of a school for heroes and villains of fairy tales, learning how to use their powers, could be a grittier version of Disney’s Descendants franchise. And the idea of two normal girls getting dropped into a world of magic, trying to stay together when separated, could pull on heartstrings.

But the problem is every character in the film is a one-dimensional caricature.

Sophie of Gavaldon, played by Sophia Anne Caruso, is meant to be the antihero of the film. Her mother died at a young age, telling her that she would “change the world someday.” She wants to escape Gavaldon and become a princess, and the first part of her wish is granted. But then, she is dropped into the School for Evil, where she insists she doesn’t belong.

Of course, she soon learns she has massive potential for evil and falls under the grasp of the school’s founder, Rafal.

Her best friend, Agatha of Gavaldon, played by Sofia Wylie, is taken to the School for Good. She tries to save Sophie from herself over and over. Somehow, we’re supposed to care and support her endeavor to help Sophie.

But honestly? Sophie is a terrible friend and person. The two of them are taken to the school because Sophie broke a massive promise she made to Agatha. Then, Sophie berates and abuses Agatha over and over again throughout the film.

I get it — Agatha is supposed to be the good, empathetic one who makes wishes that bring girls back to life and always saves the day. But she just comes off as a doormat who is constantly giving things up for someone who doesn’t care about her.

The movie also has unnecessary voiceover narration. The creators tried to create a fairy tale vibe with the narration and the medieval clothing and environment of the school. But the characters have no lilt or pronunciation that would indicate they were in an older time period. Plus, the soundtrack is full of modern music including a slowed version of Britney Spears’ “Toxic” and Billie Eilish’s “you should see me in a crown.”

I don’t want a movie to try and force me to feel a certain way about a scene. Part of movies, especially well-made ones, is the subtlety of certain moments. It’s the contrast between a boy being destroyed and the quiet, sad music in the background. The rising string music takes away from the emotion Wylie conveys in the scene. Her acting and talent is completely overshadowed by a terrible script.

And then, there are the teachers. There are six that are introduced throughout the film, but three of them are significant. The first is Professor Dovey, the dean of the school for good, played by Kerry Washington who does an impeccable job with what she is given.

[Review: The first episode of Netflix’s ‘The Watcher’ dramatizes my hometown]

When Dovey was first introduced, I was frustrated by how fake she seemed. However, as the film continued, it was easier to see the emotion that was breaking out of the perfect facade. But the creators didn’t let Washington explore that any further than brief moments. At the end of the film, Dovey is back to being a perfect dean who is kind and has no bad feelings. In what world is that realistic after your entire world literally and figuratively collapses around you?

Then there’s Lady Lesso, played by the immaculate Charlize Theron, who is the dean of the school for evil. I was hoping and praying Lesso would somehow be the morally gray character of the movie, one who had an actual personality, but instead, they made Lesso into a bloodthirsty, uncaring person.

At its core, the film’s issue is that there is no one to root for. The third important teacher, the headmaster, has a massive plot twist that anyone could see coming from a mile away. And surprise, surprise, there is no complexity to his character either.

Agatha says in the film that no one is “truly good or truly evil because people are complicated, even if everyone in this place pretends they aren’t.” Yet the writers fail to create a character who exemplifies this point.