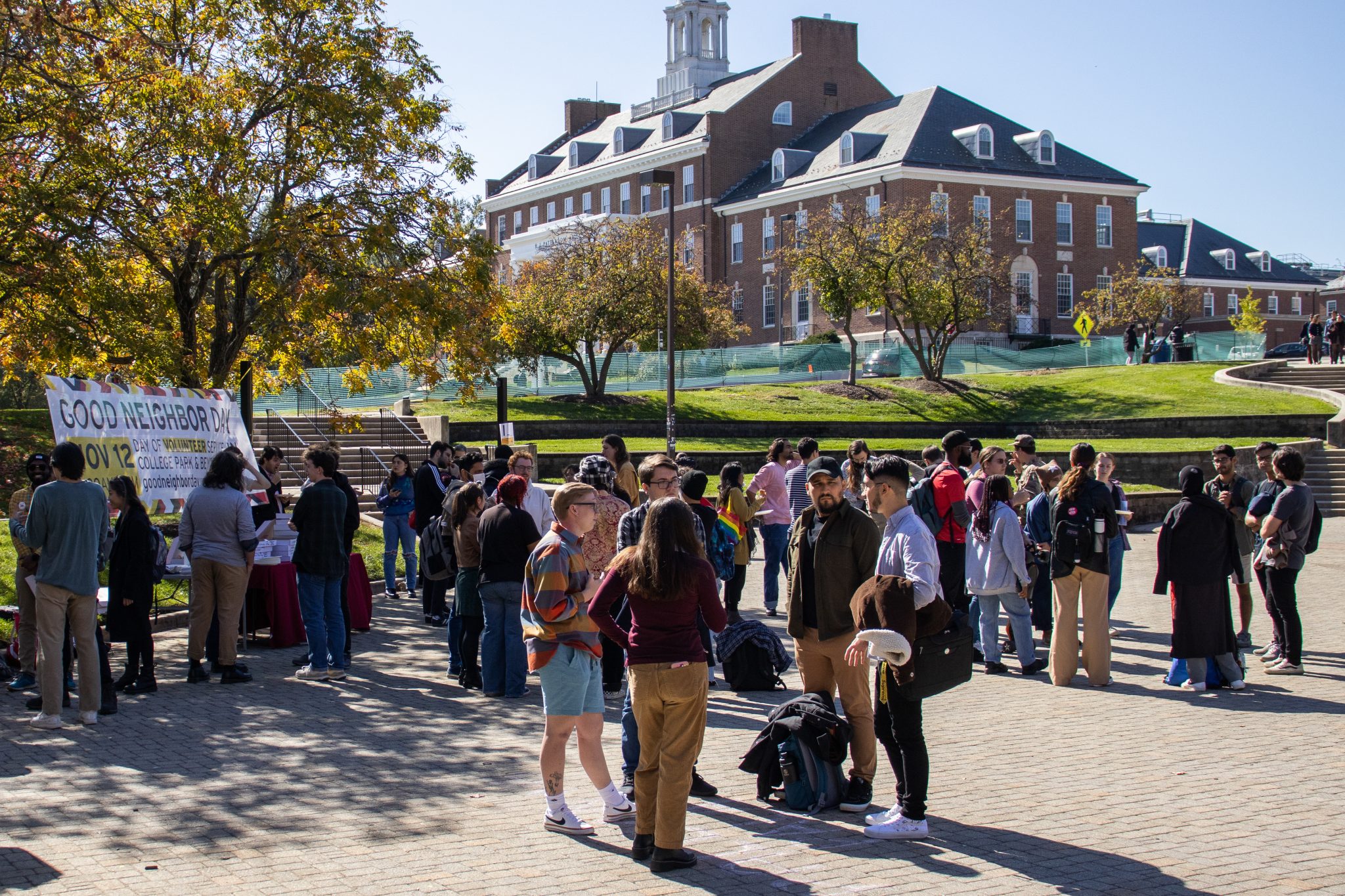 Araselly Garay cleans buildings at the University of Maryland as if her children were living there.

Her work as a longtime custodian is a labor of love — but her working conditions often leave her feeling dismayed. She’s recently had to walk longer distances to clean a couple of bathrooms in the Denton Community. which can aggravate her asthma, and finds the frequent switching of assignments disruptive.

“We deserve it,” Garay said in Spanish.

The labor picnic brought together members of United Students Against Sweatshops, Fearless Student Employees, the American Association of University Professors and the American Federation of State, County and Municipal Employees Local 1072, which is the union representing university employees such as Garay.

USAS leaders have three primary demands for university administrators: increasing the minimum wage to $22.65 an hour, improving working conditions for adjunct and contingent faculty and supporting legislation that gives all workers the right to unionize. The university is increasing campus minimum wage to $15 — a step workers say is not enough.

Nate Beard, the FSE alliances chair, said the labor picnic is crucial to getting the worker groups to talk and work together.

“The university, at least the administration and [the University System of Maryland], tries to sort of divide us in a lot of different ways,” Beard, a fourth year information science doctoral student, said. “Showing up in solidarity is important.”

Shernette Lyons, also a cleaner at the university, spoke at the event and called on her colleagues to take advantage of their right to unionize and continue addressing persisting issues.

Lyons, another member of AFSCME, said consistently using equipment to clean buildings has caused her pain. Lyons said she does not have to vacuum anymore after giving a boss a letter from her doctor, but she still has to sweep floors, which she finds “exhausting.”

“I hope that we have better management team and that they can listen to us when we talk,” Lyons said.

The university declined to comment on the issues raised at the labor picnic.

Archer said he wanted to be involved in the labor picnic because he wants to stand with other workers who are mistreated on campus.

“We need to make sure that the university is held accountable and part of that is making sure we get the word out through things like this.” he said.”

CLARIFICATION: This story has been updated to clarify that members of AFSCME are unionized.