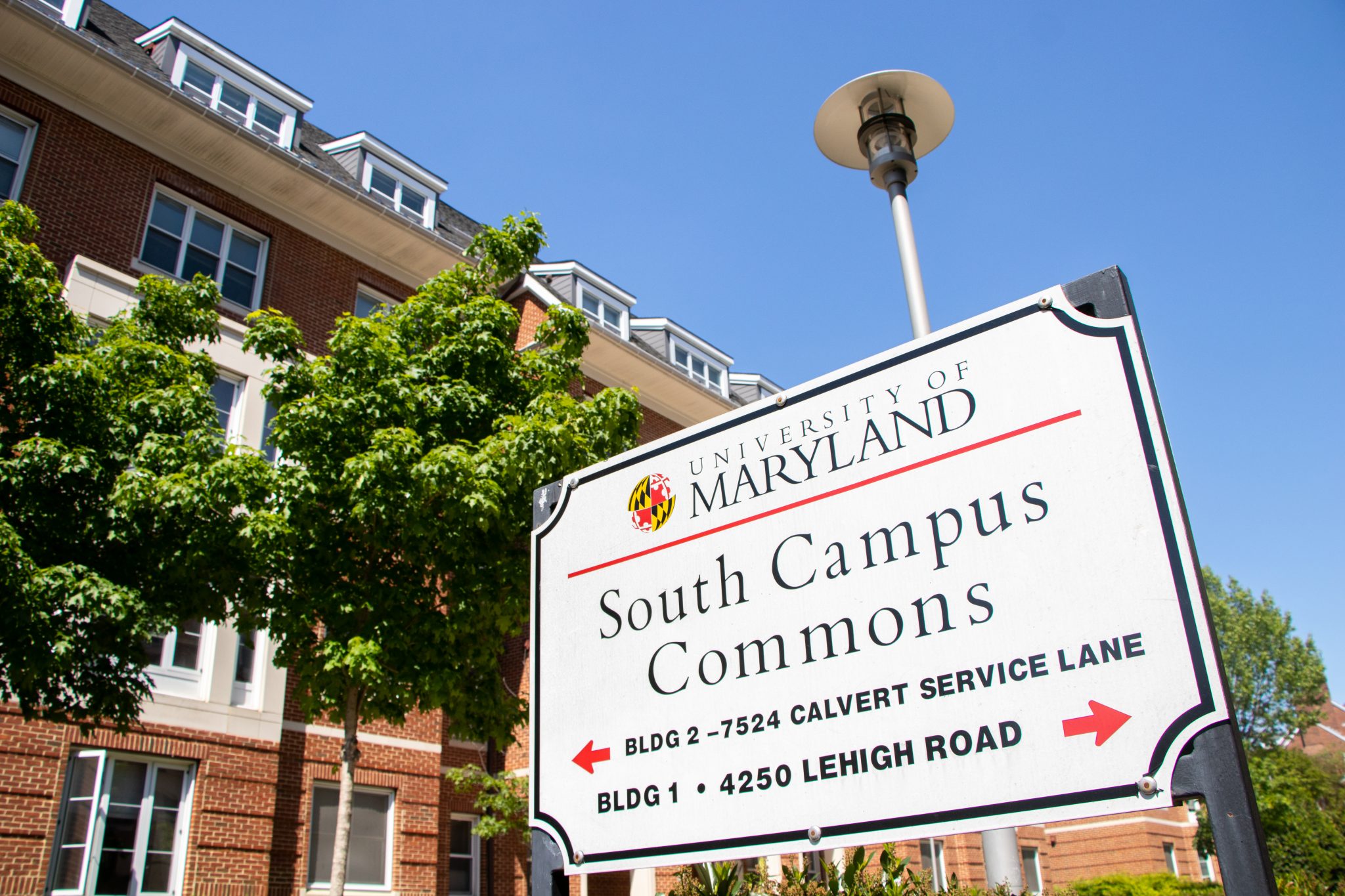 A sign outside Building 1 of the South Campus Commons. (Julia Nikhinson/The Diamondback)

Community assistants in South Campus Commons are voicing frustrations about the decision from their management to only allow one staffer at service desks throughout the day.

CAs learned at their monthly staff meeting earlier this month there would be one community assistant stationed at each service desk, a cut from the two CAs that had worked at service desks since the start of the fall semester. The student employees, who manage packages, issue spare keys and field emergency calls, say this change was sudden and will leave them overwhelmed. There are three service desks for the seven South Campus Commons buildings.

“It’s just going to be so much more difficult to do that on your own, and very overwhelming,” said Katherine Badia, a junior government and politics major who has been a CA for almost a year.

South Campus Commons management said the shift to only one CA working at each desk is not unusual. In their time as CAs, current student workers said they do not remember doing single shifts.

“South Campus Commons’ service desk staffing patterns historically have been to have one CA per shift,” Christopher Mason, the director of undergraduate affiliated housing for Commons, wrote in an email to The Diamondback. “South Campus Commons CAs do not have double shifts throughout the semester, only briefly in the weeks following resident check-in.”

Caroline Klecka, a senior journalism major who has been a CA for almost 18 months, said in the week since the adjustment, she was taken off of the schedule for the shift she usually works. Prior to the change, Carter Austin, who has worked for a CA for more than a year, said he worked 20 hours a week, but now he works seven.

“I was sad to hear it because I had to pick up a second job,” he said. “Obviously that’s not something that somebody wants to do.”

“Obviously jobs aren’t a social aspect, but they are almost cutting that entirely, so how are you supposed to know your coworkers?” Badia said. “Creating that bond just allows for more efficient working.”

Some CAs said they wished they would have been consulted about the change in staffing. Klecka said she thinks hiring different people for day and night shifts rather than having everyone work both could be effective.

“I think when you get comfortable in a job you think they will kind of have your back which is not the reality,” Klecka said. “But, it’s still kind of disheartening.”

The email from management also reminded CAs of their salary increase to $15, which was effective starting Aug. 1. The increase followed the increase in hourly wages for CAs working under Resident Life.

CAs are wondering whether the raise in their hourly wage is part of the reason they now work fewer hours.

Klecka said she wants people to know how the cuts in shifts impact students that should be valued employees.

“These changes have had very real effects on the people close to me,” she said.