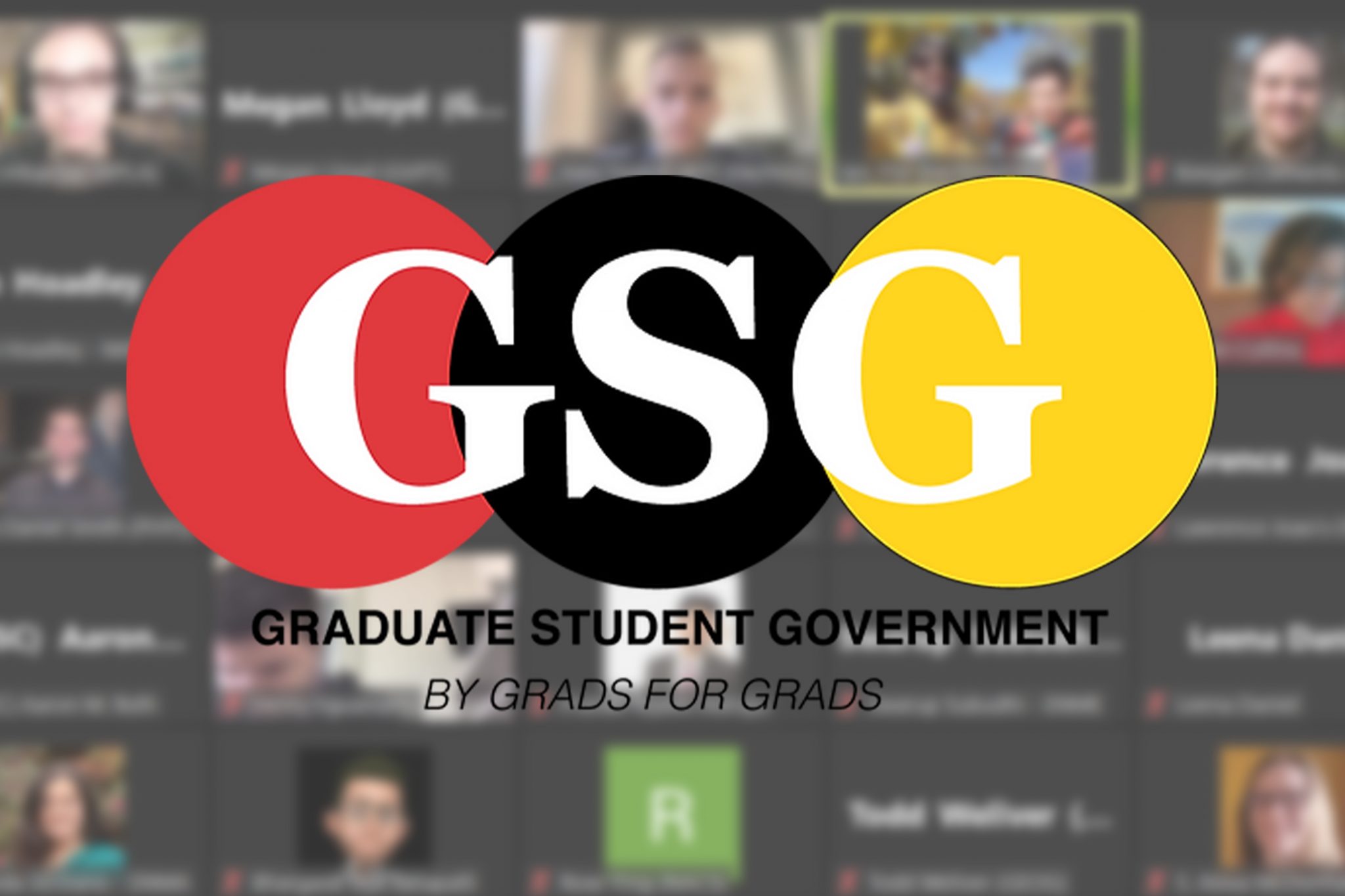 Screenshot of the GSG meeting held on Zoom on Oct. 21, 2022. (Marwa Barakat/The Diamondback, Logo via the GSG website)

Members of Fearless Student Employees joined the GSG at its October meeting on Friday to discuss collective bargaining rights for graduate students.

FSE is an organization of graduate assistants advocating for better working conditions and collective bargaining rights for workers at this university.

Archer, an environmental health doctoral student, began his speech thanking GSG for its previous support on collective bargaining bills and resolutions. Collective bargaining rights would allow graduate assistants at this university to negotiate their own contracts.

Archer asked that every GSG representative send one person from its department to work more directly with the labor organization on the push for collective bargaining. He also asked the GSG to help connect FSE with other graduate student governments in the University System of Maryland to build solidarity and awareness because a collective bargaining bill would affect all graduate student workers in the system.

This year’s bill may include undergraduate student workers.

“This year, we’re hoping to show even more joint solidarity in the strike push for labor rights on campus by joining bills together,” Smolyak, a computer science doctoral student,said.

GSG representatives voiced their support for collective bargaining during the meeting.

Keegan Clements-Housser, the representative for the journalism studies, received a master’s degree from the University of Oregon — which has a collective bargaining agreement that includes graduate students.

Clements-Housser said this university’s argument that collective bargaining rights may negatively impact relationships between graduate workers and their advisors is “nonsense,” adding that the agreement at the University of Oregon benefitted student-advisor relationships.

GSG members also discussed the legalization of cannabis at the meeting.

The assembly passed a resolution supporting voting for cannabis legalization via a referendum in Maryland’s upcoming midterm elections. The resolution passed with 22 votes for, one against and two abstentions.

The resolution also stated “the criminalization of marijuana has disproportionately hurt marginalized communities,” citing an American Civil Liberties Union article explaining that people of color are arrested at higher rates for possession.