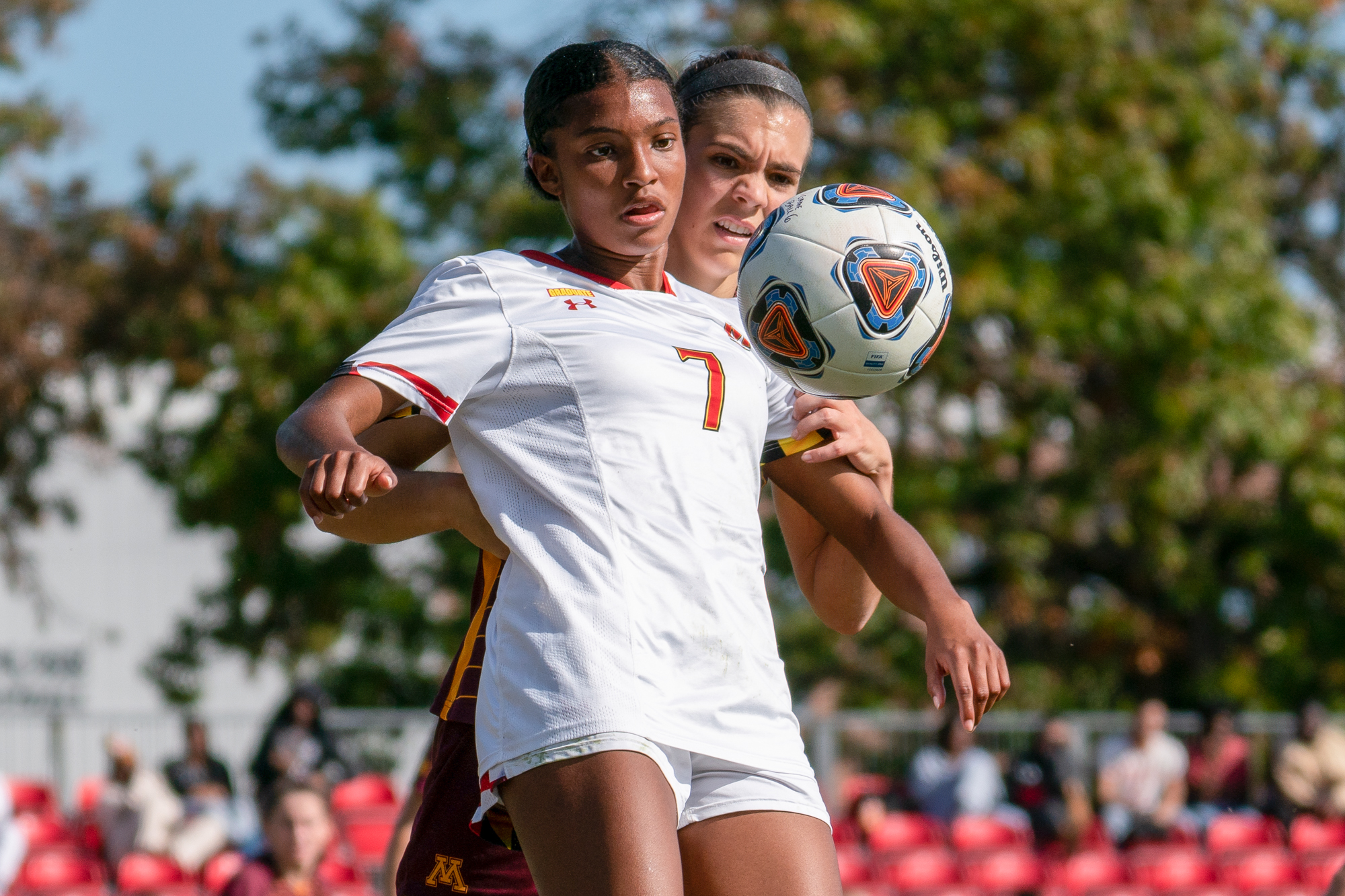 Right after the Terps’ 2-1 loss to Minnesota, Maryland women’s soccer thought its postseason hopes hung by a thread.

“I told them anything can happen right now. I’ve been in the Big Ten for a long time, and something usually happens,” coach Meghan Ryan Nemzer said. “We’ve got to worry about ourselves and I think at the end of the day, we always talk about it’s not about anybody else it’s always about us.”

However, the loss and other results eliminated the Terps from postseason contention.

Maryland remains seven points out of eighth place — the final qualification spot for the conference tournament — with two games to go. The Terps have fallen to 13th in the Big Ten table with a conference record of 1-7.The imminent end of the season will bring with it bittersweet farewells with a few players leaving the program. Sunday’s game was the last game for the Terps at Ludwig Field this year, but for graduate students Malikae Dayes, Mikayla Dayes and Alyssa Poarch, it was the last time they donned the Maryland uniform on their home pitch.

In her inaugural season at the helm of Maryland, Nemzer understood the impact her three graduate players have both on and off of the field for the program.

“We talk about Maryland legends right? Those three are Maryland legends,” Nemzer said, teary-eyed after the matchup against Minnesota. “They fought through a lot, so I’m proud to say that I coached them, and they were a big reason why I wanted to come to Maryland.”

“Those three hold a special place in my heart,” she added.

Poarch has been a Maryland player for six years, first arriving to the program in 2017. The graduate forward and Delaware native has since gone on to accomplish many feats in her Maryland career, highlighted by second team All-Big Ten selection and third team All-North Region in 2019.

The forward has amassed 60 career starts for the Terps, scoring 17 goals and notching eight assists in her time so far with the Terps.

The Dayes sisters have played an important role since arriving in Maryland. Both arrived at the program in 2017, and featured extensively for the Terps in that time.

Malikae Dayes started 76 games for Maryland since her freshman season with the Terps, and broke out during her sophomore season with 19 starts and 1,700 total minutes. The defender can surpass 7,000 career minutes for the Terps with just 166 more.

Mikayla Dayes has started 68 games for over six seasons at Maryland. In her time with the Terps, she has tallied 14 goals and nine assists, logging three seasons with more than 1,000 minutes. The Canadian-born forward also made her debut for the Jamaican national team against the U.S. in June 2021.

Maryland will round off the end of the regular season against Indiana Thursday before traveling north to West Lafayette, Indiana, in the final regular season showdown against Purdue.