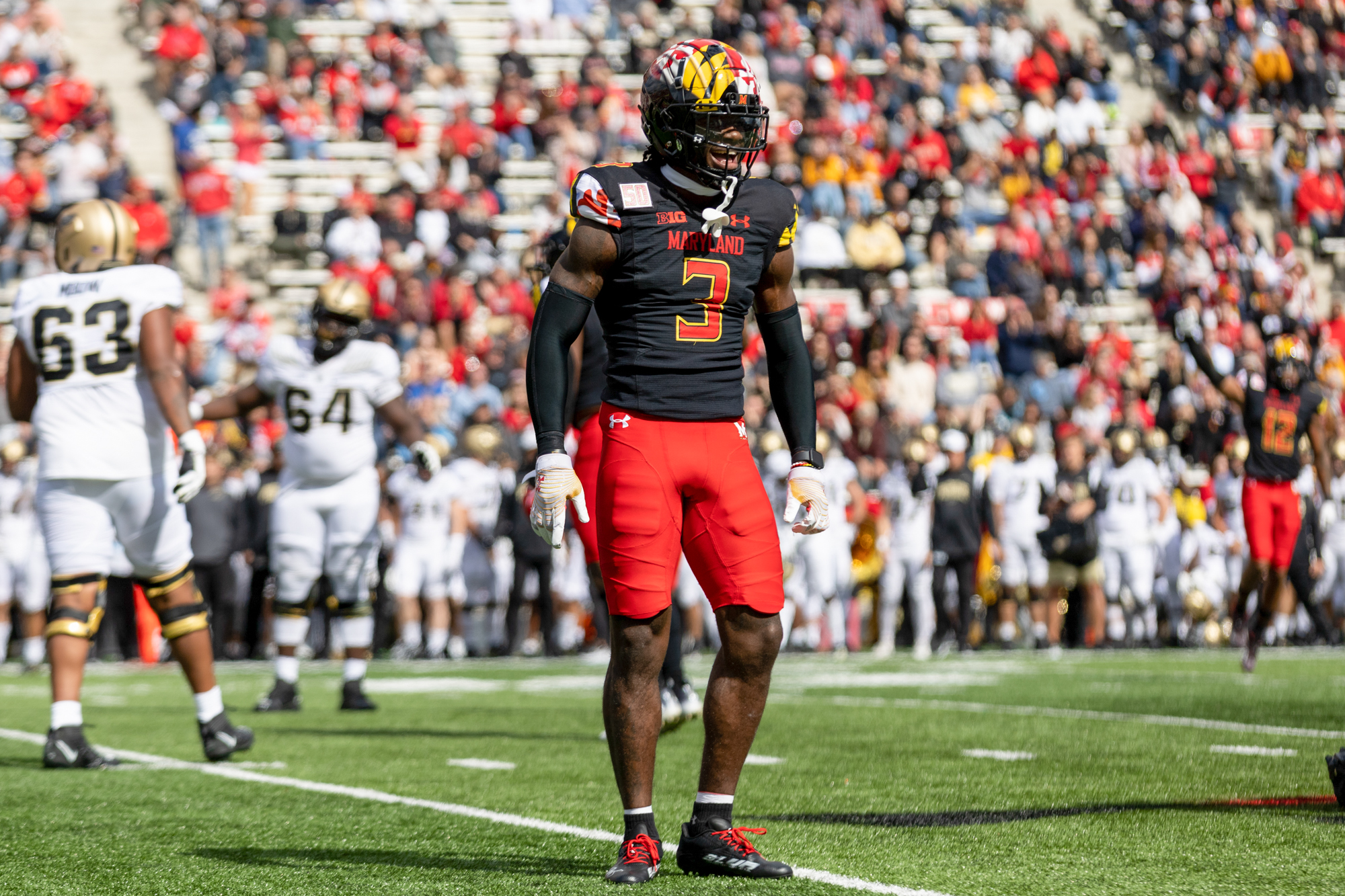 When Deonte Banks suffered a season-ending shoulder injury during the second game of Maryland football’s 2021 season, he briefly took a step back from the sport he loved.

After learning of his diagnosis, Banks stepped away from the team for multiple days to process the sudden news. It was a difficult time for the defensive back, he explained at a press conference Tuesday.

“Football’s my heart and I lost it, so I needed a break,” Banks said.

Banks “hated” being sidelined from the sport he loved, he said. He was forced to wait 357 days before he could once again take the field with his teammates and don the jersey of his home state.

Nearly a year removed from his season-ending shoulder surgery, the redshirt junior is back to lurking in Maryland’s secondary. And with his body now fully healed, he’s making a difference as the Terps continue to traverse through their Big Ten schedule.

“We missed Banks last season, he brings a certain fire to the [defensive back] room in our defense,” defensive lineman Greg China-Rose said. “That’s a natural competitor right there. It’s just great to have him on the field with us.”

Banks remembers running underneath “The Shell” and onto the field with his teammates just before Maryland’s Sept. 3 game against Buffalo.

It was the Terps’ season opener, marking the end of a winding road back to the game of football following a lengthy recovery process for Banks.

“It felt like I was just back,” he said before breaking out into a grin.

Banks’ comeback campaign took time to gain steam. The defensive back logged three tackles against the Bulls in his first action of the season and has started in each of Maryland’s games since, but he had yet to force a turnover leading into the Terps’ road bout against Indiana on Saturday.

“I kinda had a year off, so it took me a little bit of time to just get back into the groove of things,” Banks said.

In the third quarter of Maryland’s eventual 38-33 win over the Hoosiers, he found an opportunity.

On Indiana’s first play of the second half, Banks lined up across from wide receiver Andison Coby near the Terps’ sideline. He shadowed Coby up the field before locating an underthrown Connor Bazelak pass, which he nabbed out of the air for his first interception of the season.

Banks stood up as Dante Trader Jr. enveloped him in a hug, while Jeshaun Jones and Billy Edwards Jr. shouted in celebration from the sideline.

Banks’ play helped the Terps inch further ahead in a back-and-forth Big Ten battle that was ultimately decided in the closing moments of the game. The play marked Banks’ first interception since his 2019 freshman season, a pick symbolic of his return to form following an extended absence from the sport of football.

“I’m back in my groove now,” Banks said.