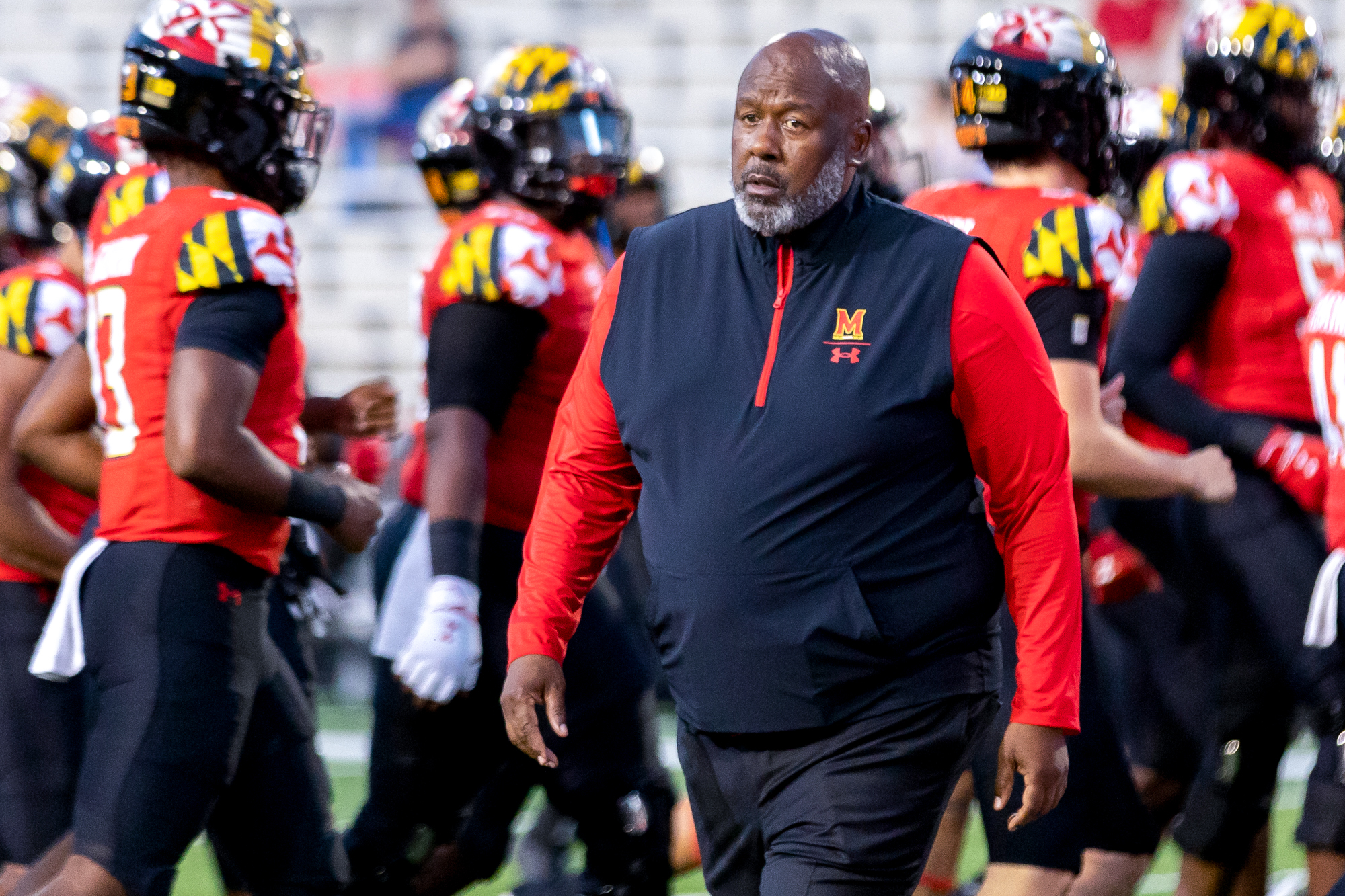 Mike Locksley has a simple mantra: Young players only get better by playing.

Maryland football’s coach puts that philosophy into practice by constantly rotating his players during games. The rotations are done to keep players fresh but also to get those inexperienced Terps the in-game snaps they need to improve.

“This is not rest, this is us developing our team, this is us continuing to play as many players that can help us win,” he said days after the team’s win against SMU. “Having guys fresh in the fourth quarter is really important, especially in games … in the Big Ten.”

The Terps set parameters on how much they want their players to play before games and adjust the rotations accordingly, he said.

Locksley’s practice paid off Saturday in the Terps’ 38-33 win over Indiana, one where injuries opened holes in a roster already missing key names on both sides of the ball. But the players tasked with patching those holes did so admirably, in large part due to their preparation from practices and previous games.

“Young players … got thrust into playing because of the unavailability of a few of our starters,” he said after the victory. “A lot of guys that hadn’t played a lot of football had to step up.”

The most notable example came with Billy Edwards Jr., who stepped in for an injured Taulia Tagovailoa and led two late touchdown drives to help Maryland to victory. He’d played previously, with snaps in three of the Terps’ first four games.

While those snaps weren’t all planned, some coming in relief of a banged-up Tagovailoa, Locksley said the backup quarterback takes about 40 percent of all practice reps during the week.

Edwards’ offensive line shuffled around before the game. Left tackle Jaelyn Duncan didn’t travel to Indiana due to personal reasons, per a team spokesperson.

That forced the Terps to shift Delmar Glaze from right tackle to left tackle. Mason Lunsford played most of the snaps at his usual left guard position. Spencer Anderson slid from right guard to right tackle and Johari Branch moved from center to right guard.

The hole at center was patched by a combination of junior Aric Harris and freshman Coltin Deery, who played 41 and 42 snaps respectively, per Pro Football Focus.

Harris started nine games at center last year for the Terps but lost his starting job over the offseason to Branch. Despite that, PFF recorded him as playing 44 snaps at center heading into Saturday’s game.

Deery had also rotated in for limited snaps through the first half of Maryland’s season, playing 39 snaps at center before the Terps’ trip to Bloomington. He only allowed one quarterback hurry and one quarterback pressure in the game and played during the Terps’ second touchdown drive of the game.

The Terps’ absences extended to their defense. Linebacker Ruben Hyppolite II and three cornerbacks, Jakorian Bennett, Gavin Gibson and Glendon Miller, all missed the game. That thrust a pair of freshmen into action.

Despite being in a crowded linebacker room with veterans such as Ahmad McCullough and more heralded freshmen such as Jaishawn Barham, first-year player Caleb Wheatland had appeared on defense in every game for the Terps this season.

While he only played seven snaps against the Hoosiers, he made them count, with a first-down tackle for a two-yard loss late in the first quarter. The possession eventually ended with a punt.

In the secondary, freshman cornerback Lionell Whitaker had already played in three games. Filling in for another first-year player in Gibson, the corner played 11 snaps out wide and another in the slot.

His performance varied greatly. Whitaker only gave up one reception for eight yards but had a rough moment in the second quarter. He gave up a 14-yard catch that was wiped away because he committed holding and pass interference penalties on the play.

Cornerback Tarheeb Still, who started all his games freshman year, complimented Whitaker and the other young fill-ins.

“I feel like they did good,” he said. “Especially [Whitaker], coming in, doing a good job, really just holding his own out there, competing. You like to see guys do that. He’s young so he has a lot of potential.”

The job for Locksley and his coaching staff is turning that potential into production. A key component in Maryland’s strategy in accomplishing that job comes from getting those young players on the field. Saturday’s game showed the benefits of that plan.