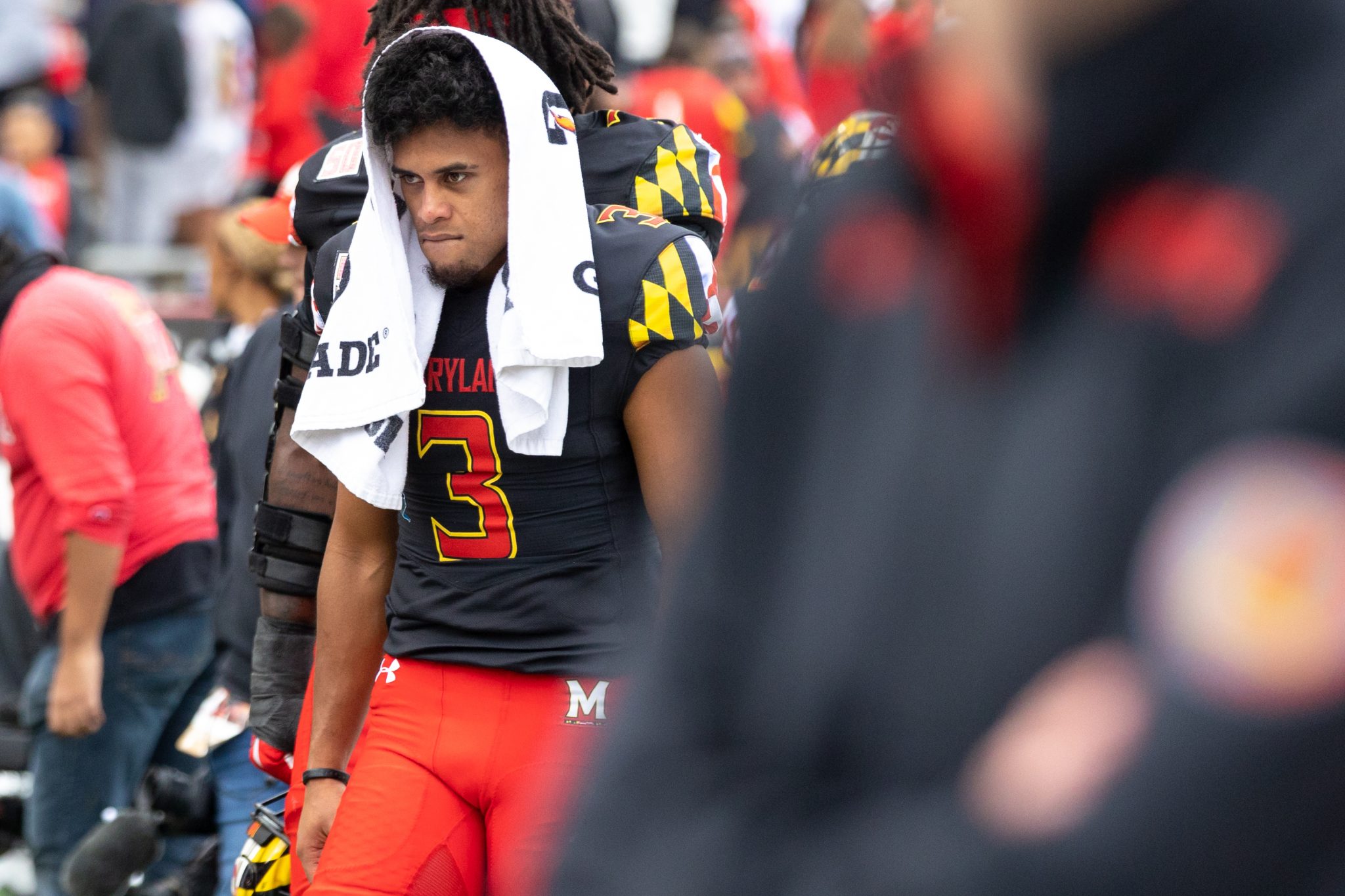 Taulia Tagovailoa walks back into the tunnel after failing to convert a two-point conversion in Maryland football’s 31-29 loss to Purdue on Oct. 8, 2022. (Cam Andrews/The Diamondback)

He suffered the injury during the Terps’ 38-33 win over Indiana Saturday and was carted off of the field and into the locker room. Locksley said the sprained MCL was initially suffered against Michigan. Tagovailoa didn’t miss Maryland’s next game despite the injury, leading the Terps to a win over Michigan State.

Through seven games, the Terps’ star quarterback has thrown for 2001 passing yards and 13 passing touchdowns, while adding three rushing touchdowns.

Tagovailoa, who brought stability to College Park after transferring in 2020, ranks first in single-season passing yards and completions in program history. Last season, he led the Terps to their first bowl victory since 2010 after trouncing Virginia Tech in the Pinstripe Bowl, 54-10.

The Terps will now turn to transfer quarterback Billy Edwards Jr. in Tagovailoa’s absence. The redshirt freshman engineered a comeback effort after Tagovailoa left the game.

Maryland will host the Wildcats at home Saturday before heading into a bye week.