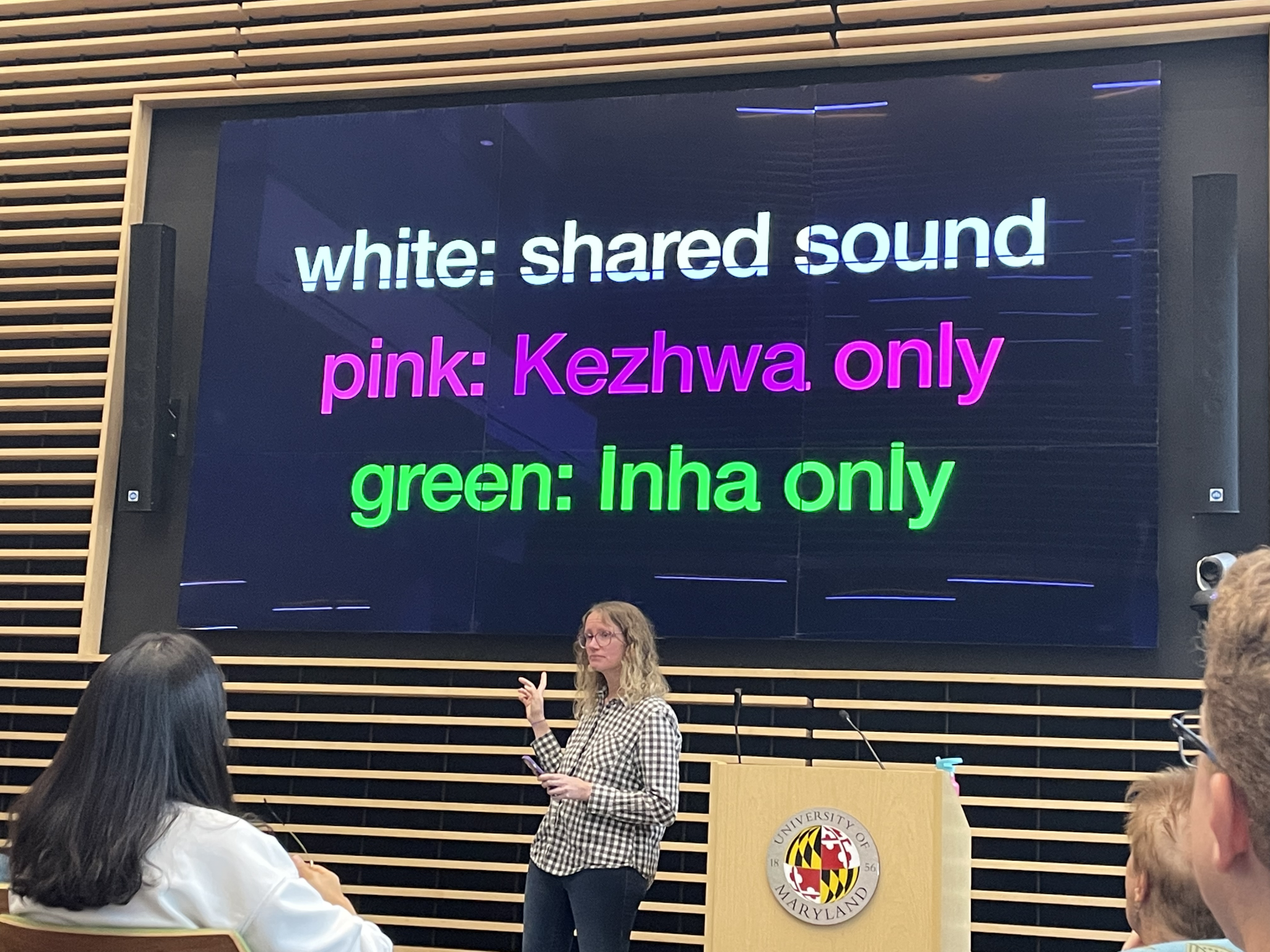 By Sofia Appolonio
For The Diamondback

University of Maryland linguistics and fantasy fans were treated to a presentation Friday from constructed language developers David Peterson and Jessie Sams on the creation of languages for film and television.

The event, hosted by the interdisciplinary language science research program PULSAR, featured Peterson and Sams discussing the history of constructed languages, or conlang, and the methodology they use in their conlang creative process.

Constructed languages are created for some purpose, instead of having developed naturally. Peterson has created languages for Game of Thrones, Dune, Doctor Strange and Thor: The Dark World. Sams has worked with Peterson on creating languages for the TV shows Motherland: Fort Salem and Vampire Academy.

Ciaran Stone, one of the PULSAR organizers and a senior linguistics major, said the phenomenon of constructed languages is not new, but the work of people such as Peterson and Sams, as well as author J.R.R. Tolkien’s creation of Elvish, has expanded the constructed language field for entertainment. He believes as the film and TV industries grow, the demand for conlang will too.

Peterson and Sams’ process begins with creating the phonotactics and sounds of their language, before structuring grammar rules and crafting the orthography, or written word. Their work is then sent off to production, where they translate lines for actors into their constructed language.
Peterson said he is still working on and exploring his languages, and has used Duolingo’s High Valyrian course as a creative outlet to practice his fluency for upcoming projects such as House of The Dragon.

Senior linguistics major Danya Levy said she had a passing interest in the creation of fictional languages but believed Peterson’s notoriety was reason enough to see the presentation.

“Constructed languages are really cool and being able to do that for a well known TV show or movie is really cool,” Levi said. “The fact that this is somebody who has a name in the field is pretty exciting.”

Along with explaining how they conceptualize a new language, Peterson and Sams compared and contrasted the phonotactics and structures of their existing languages. They also translated “terrapin” into five different orthographies present throughout their work.

Kristin Hoch, a non-degree seeking student and Game of Thrones fan, views the importance of their work as sharing linguistics in a way non-academics can enjoy.

Sams hopes with talks such as Friday’s presentation, linguistics majors and other students can see they are able to apply what they learned in the classroom to other creative outlets.

“I think it’s really exciting to see when students start making connections from one class to another to a hobby to something else,” Sams said. “Just to hear them talk about ways to use these things in ways they enjoy I think is most exciting to me.”