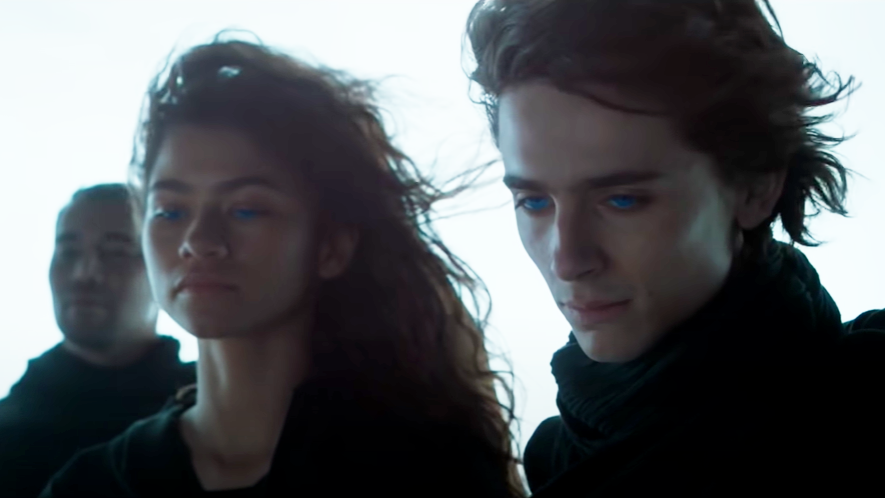 Witches, drugs, imperial armies and sandworms. After years of production, the gates to Arrakis have finally opened. Led by a star-studded cast, a veteran director and one of the best film composers ever, the expectations were almost bigger than the world of Dune itself.

Dune is a complex film that excels in every aspect. From a technical standpoint, the film is one of this year’s best, with breathtaking cinematography and an iconic score. Although the story can sometimes feel a little empty, hidden under the surface is a layered adaptation of the source material, a great tapestry of the themes that make the original novel so important.

Directed by Denis Villeneuve and starring Timothée Chalamet alongside Oscar Isaac and Rebecca Ferguson, Dune is based on the 1965 sci-fi classic novel of the same name. The novel’s scale and depth were a huge influence on the sci-fi genre, making it a daunting task to cram the book’s density into one film.

The first thing that stood out is how faithful Dune is to the novel. Almost every key scene makes it into this film, and I loved seeing my favorite chapters realized in a cinematic fashion.

However, this makes the first third of the movie a thick block of information that is a lot to process. Understanding the politics, species, characters and languages is a challenge, especially when some terms are so vague. A newcomer to the story would have the same reaction I had after reading the novel. Kwisatz Haderach? Gom Jabbar? Bene Gesserit? Huh?

After you get past the initial hurdle, digesting the story is incredibly satisfying. It feels like putting a puzzle together and finally seeing the bigger picture. In this case, seeing the bigger picture means fully understanding all of the themes that run through the story. Dune does a fantastic job of portraying these themes — the first half is full of political drama and difficult choices, whereas the latter half focuses on Paul’s own story and almost feels like a coming of age film.

Meanwhile, the idea of environmental exploitation is clear as day throughout. We can see how all these concepts interlink with each other. Much like Villeneuve’s other films, the story is subtle and takes some digging — but when you understand them it’s hugely rewarding.

Cinematically, the film absolutely crushes it. Huge sprawling desert landscapes, futuristic yet rustic sci-fi ships and lovely costume design were a joy to watch. The cinematography during scenes with the Baron, the film’s villain, was especially great to look at, with pale beige and crushed black creating a terrifying look on camera. I’d also like to give a shout-out to the hairstylist, who somehow manages to keep Timothée Chalamet’s hair looking regal in every single scene.

Speaking of the Baron, the casting for Dune is perfect. Every actor I saw on screen fit their role effortlessly. Timothée Chalamet nails Paul Atreides’ vulnerability, Oscar Isaac is stoic as Leto Atreides and Rebecca Ferguson strikes an excellent balance between terrified and terrifying.

Hans Zimmer’s score is exceptional, going hand in hand with the cinematography style and color palette. Deep bass notes rumble when ships take off, and slow haunting scores kept me immersed during slower moments. The movie is a whopping 2 hours and 35 minutes long, and I expected to feel the film drag at times. But the visuals and score kept the pacing right up there, and I never felt like I was watching filler

[Review: JPEGMAFIA’s ‘LP!’ is a refreshing addition to the derivative world of hip-hop]

Don’t get me wrong — this isn’t an action blockbuster like Mission Impossible or The Fast and the Furious, but rather a layered story that patiently builds up to the action. But when it gets to the action, the film delivers. With massive ships, explosions and armies at an unreal scale, the scope seems bigger than the room. I remember really wishing I was watching it in Imax.

It’s pretty clear that I love the movie. But, if you were to ask me to recommend it to a friend, I’d hesitate.

The film is divisive — even though I liked the slower pace and subtle portrayal of its character’s conflicts, I could see how others would not like it because of those same qualities.

There’s another glaring issue: This movie has been advertised and marketed as Dune, but it actually isn’t. This film was clearly created as Dune: Part One. There’s no attempt to resolve storylines or wrap up key points. While the film does stop at a pretty good point, it is clearly expecting and needing a sequel.

The film at least finds some closure with Paul’s coming-of-age story, and for that, I accepted the ending — but it still leaves much to be desired. Years from now we might be able to watch both parts of Dune together and celebrate the incredible story in its fullest form. But with that second part still undetermined, we can only hope for that scenario. Oh, and without spoiling anything, if you’re watching Dune for Zendaya … tough luck.

Dune is one of the first movies all year that I want to watch again, even with the two-and-a-half-hour runtime. It’s a behemoth of a movie, with scale and depth that set up an impressive world of characters and conflicts. It’s easily one of the best sci-fi movies you’ll see and, with a similarly fantastic part two, it could even become a classic. But until then, we “must not fear.”