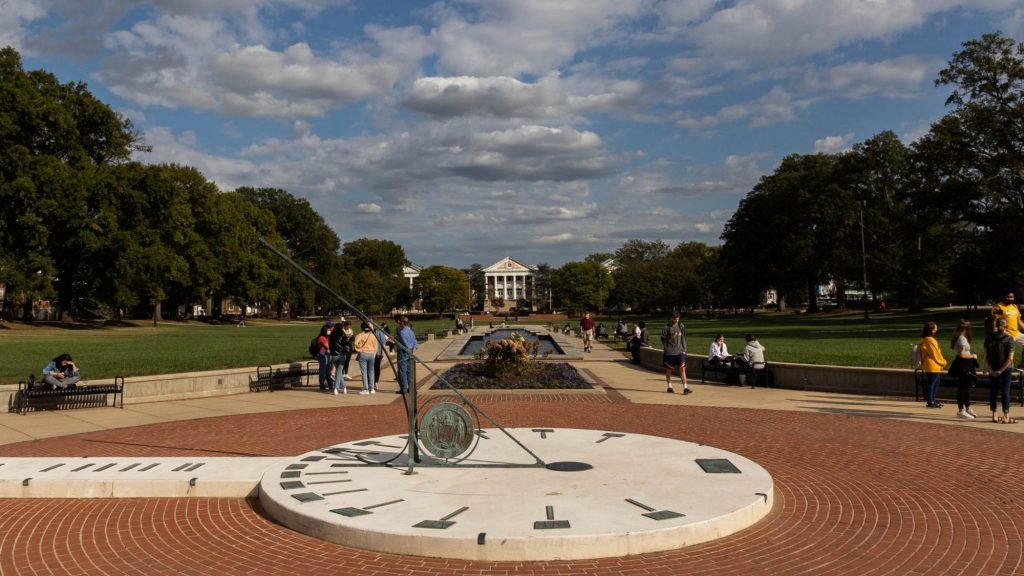 Meeting new people and making friends on the University of Maryland’s campus can be difficult for some students. Junior government and politics major Nitesh Acharya has set out to solve that problem.

Acharya sat on the edge of the fountain at McKeldin Mall on Friday afternoon as part of a meetup he organized through his Instagram account umdbesties. The intent was to get strangers to meet each other and hang out.

“Honestly, I thought no one was going to come,” Acharya said.

Besides Acharya, about four other people attended the meetup. The turnout was low, but Acharya said he was happy with the results.

Acharya first announced the event on Oct. 14 in an Instagram post. He said he started the account because he noticed other students were struggling to make friends. Acharya said possible factors that may cause difficulty making friends are commuting to campus, being from another state or having rusty social skills due to isolation caused by the COVID-19 pandemic.

Acharya’s main inspirations to make umdbesties and organize a meetup were Instagram accounts such as dmvbesties and meme accounts including umdyikyaks, umdbarbz and umdclassified, which he believes play a big role in the campus community. Acharya said they help make life at school bearable, especially during times when students are angry about issues such as sexual assault and tuition hikes.

“They play an important role in making everyone happy, lifting people up when their day is going bad and spreading awareness,” Acharya said. “I think that is probably one of the best things that they do.”

Other meme accounts of this university helped advertise the meetup. Sophomore math major Dyuti Basu and sophomore psychology major Ameya Sriram both found out about the event through umdbarbz.

As a sophomore, Sriram said it’s especially hard for her to find friends since her first year was spent online.

Sriram said she found the meetup encouraging and helpful in meeting new people. She said she would go to another event like this, even though 3 to 6 p.m. is usually her naptime.

“Not only knowing that other people are struggling but actively seeking people who want to make friends is really nice,” Sriram said. “This is a very good idea and a very good platform to do that.”

“It’s just nice to have an event like this where people are just explicitly looking to meet new people,” she said.

Sriram said her advice to other students who want to make new friends is to try to talk to strangers and not worry about messing up.

[Review: ‘The French Dispatch’ captures the humanity of journalism]

Despite the low turnout, Acharya said he plans to organize another meetup in the future. He received feedback from students that people are usually busy on Fridays, but the reposting by other accounts showed people were interested.

“Next month, we may have something,” Acharya said. “I will definitely do this again.”

“Missed our last event? No worries! Based on the polling we received, UMDBesties will be having one more fall event, open to all UMD students! Feel free to bring food, picnic blankets, and games! We’ll see you there!” the post said.