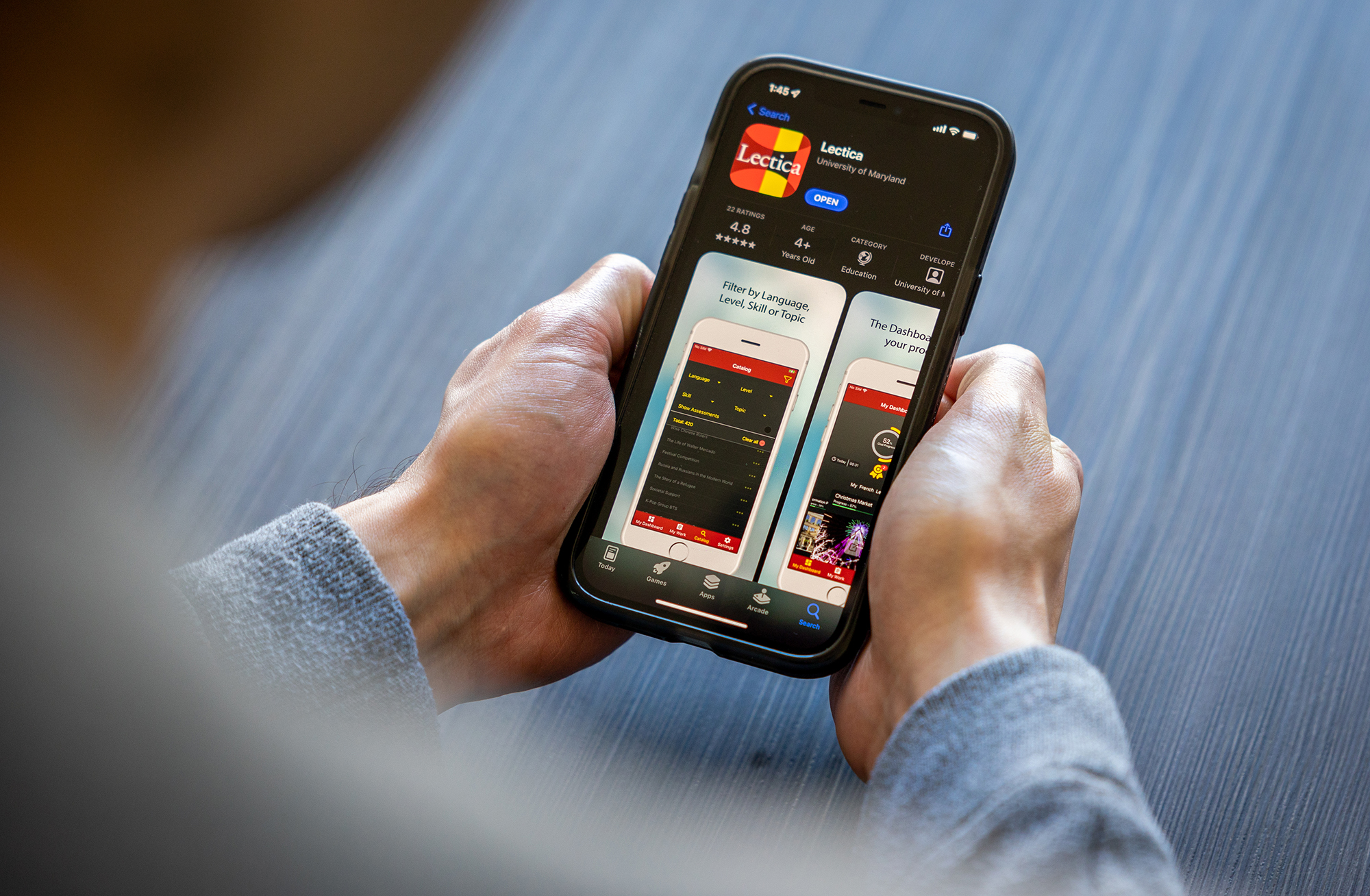 Many language learning apps on the market feel like a game, DiJohnson said, where they max out at a certain level and don’t delve into how native speakers use language.

Lectica’s curriculum is designed, created and written by native speakers using authentic content, passages and texts so people using the app can engage with the language they are learning, the way native speakers do, DiJohnson said.

For example, you can learn fashion tips in Persian, how to make Lanzhou beef noodle soup in Chinese, safety rules for riding scooters in French, how to read a job posting in Arabic, learn about National Tango Day in Spanish, K-pop group BTS in Korean and what it’s like buying an apartment in Russian.

“This is the way the language is used in real life,” she said.

To create an app that closely resembles how languages are used in real life, the NFLC had help from target language faculty members and Second Language Acquisition Specialists.

These faculty members worked together to create lesson plans that were both perfectly leveled for different abilities, but also culturally engaging, DiJohnson said.

“There’s usually a culture or cultures that go along with the language, and if you’re just learning the structure of the language or, you know, copying a routine dialogue in a textbook or something like that, you’re sort of missing out on the culture,” Rebecca Rubin Damari, director of research at the NFLC said. “The culture is really built into the language learning so you’re getting both at the same time.”

There’s also a common misconception that being bilingual only matters for service sector jobs or intelligence and security jobs, Damari said. However, research shows bilingual employees are needed in a variety of jobs, she said.

“It can make you so much more competitive in the job market regardless of what your career goals are,” Damari said.

Damari said the NFLC is now working on outreach to language programs at this and other universities to spread the word about Lectica. She also said faculty in the NFLC and school of Languages, Literatures and Cultures have shown interest in incorporating Lectica as a supplemental resource into their courses.

The NFLC also had help from RedBlack, a student consulting group part of the university’s chapter of the American Marketing Association.

Senior marketing major Faith Chisholm, a previous RedBlack consulting account manager for NFLC, said her three person team helped with defining a target market, social media marketing, recommending improvements for the app prototype and coming up with a name for the app.

“This name really worked well … because we wanted it to be related to reading skills since this is something that [Lectica] focuses on,” Chisholm said.

Megan Jeffrey, director of Strategic Initiatives and Communication at the NFLC and a language learner herself, said her favorite thing about Lectica is the cultural context it provides.

“[Lectica is] really very thorough. I haven’t seen anything on the market for this,” Jeffrey said.

“Our mission really is to help people learn about each other and the world around them,” Jeffrey said. “There’s so much diversity in the world and that should be celebrated. And through language is how we usually do that.”