Corey Dyches has developed into a valuable weapon for Maryland football 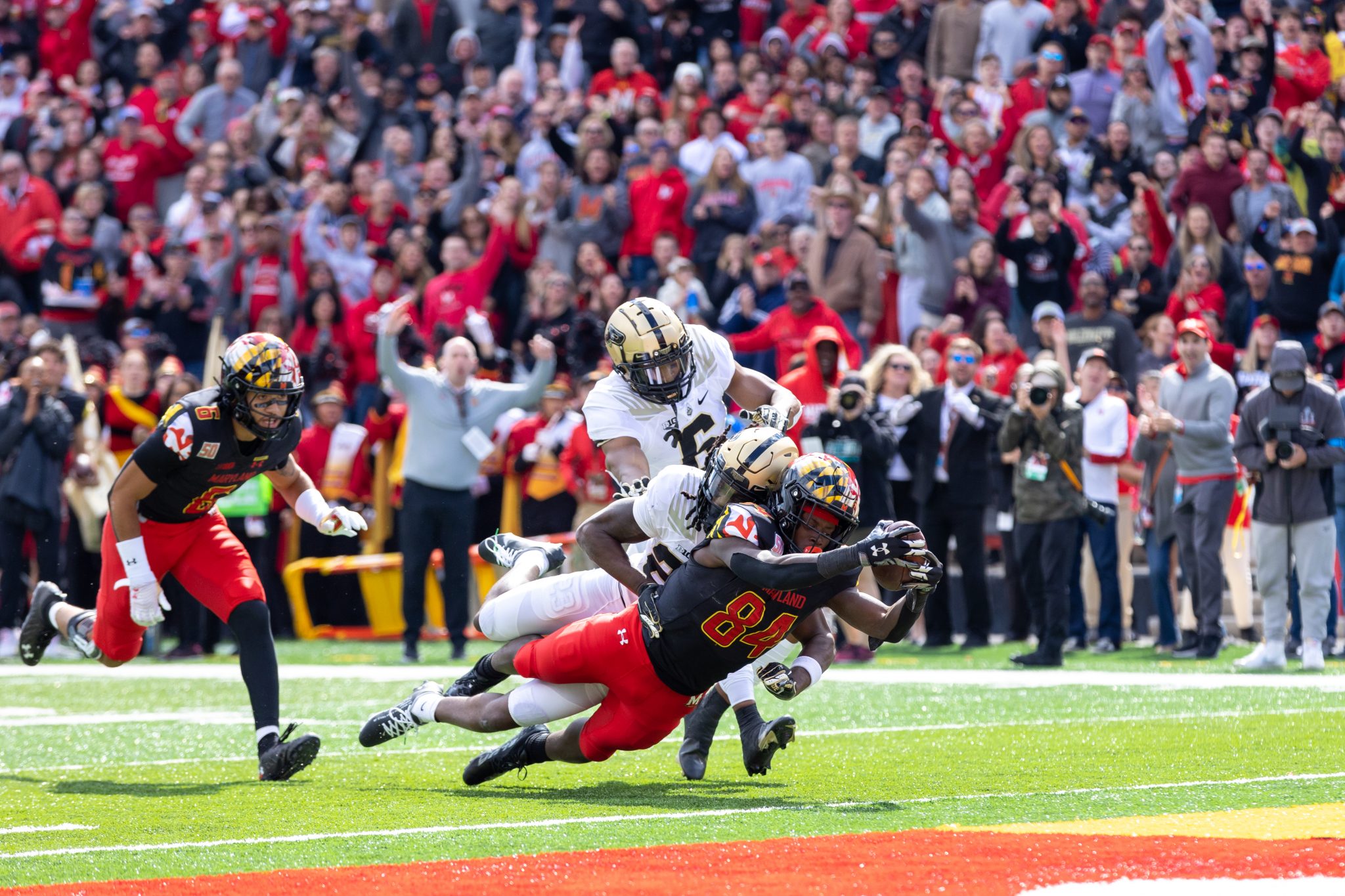 Maryland football came into the 2022 season with the unenviable task of replacing Chigoziem Okonkwo’s receiving abilities. The breakout tight end caught 52 passes in his last collegiate season, meriting an All-Big Ten honorable mention en route to being drafted in the fourth round of the 2022 NFL draft.

The redshirt sophomore has done more than that, becoming one of the team’s headliners. He exceeded Okonkwo’s receiving production from a year ago and ranks sixth in all of college football in receiving yards among tight ends.

“I’m just happy to help the team,” he said. “Everybody waits [for] their time. To be able to go out there and put my foot forward to help us win is a great opportunity to take.”

His latest performance against Purdue — when he erupted for four catches, 106 yards and two touchdowns — illustrated the problems he poses for opposing defenses. Dyches’ second score came with less than a minute left in the game to give Maryland a chance to tie. But his first proved much more impressive.

He hauled in a deep pass from Taulia Tagovailoa and then dragged a hapless safety 15 yards before diving into the end zone. That final leap looked similar to his lunge to convert a fourth down attempt late in Maryland’s win over SMU.

“When you get inside the 20 [yard-line], you’re supposed to just smell the end zone, so that’s pretty much all [the play] was,” he said.

Maryland’s coaching staff has rewarded his strong play with increased opportunities. A year ago, he averaged slightly more than 11 passing snaps per game. This year, that figure has jumped to more than 20 per game, according to Pro Football Focus.

His improvement as a run blocker helped him get on the field alongside fellow tight end CJ Dippre. The two playing together gives Locksley and the Terps increased versatility in two-tight end sets, an advantage the coach pinpointed early in the year.

“You have two tight ends to balance a defense up, have two long edges and allow your running backs to find lanes,” Locksley said before the season.

Dyches also earned his quarterback’s trust. He’s racked up the second most targets on the Terps and has converted more than 85 percent of those opportunities into catches — the second-highest mark on the team with at least 10 targets, per PFF.

He’s a versatile player, lining up all over the field. According to PFF, Dyches has spent 129 snaps as a traditional tight end, 43 in the slot, 23 split outside like a wide receiver and six in the backfield. He credits his ability to move around to learning the offense when he played receiver.

“It’s good being able to be versatile like that, playing wide receiver helped me learn the offense, now I can be wherever the coaches need me,” Dyches said.

He made the transition to tight end in late 2020 because Locksley wanted to get him more playing time, according to The Washington Post.

That bet to switch positions paid off for both parties — helping the Terps fill an Okonkwo-sized hole and giving Dyches a chance to get on the field and excel.

“I don’t take it lightly that I’m actually a part of the team now,” he said. “It’s a great feeling.”

CORRECTION: A previous version of this story misstated Corey Dyches’ team rank in receiving percentage. Dyches has the second-highest receiving percentage, not the highest. This story has been updated.
Please support our journalism by donating to The Diamondback.
Categories:
Tagged: