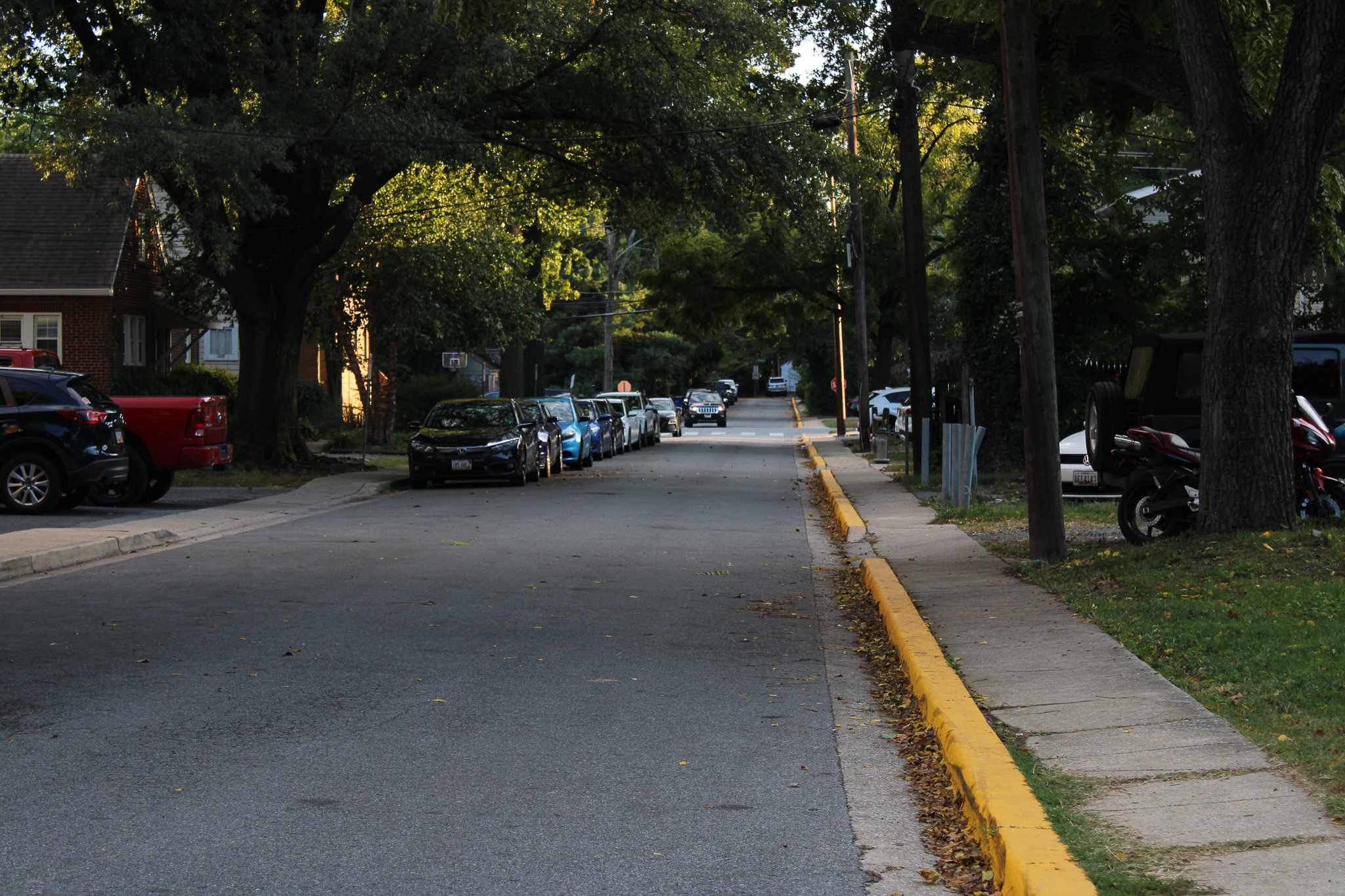 Cars sit along College Ave. in suburban College Park on Sept. 22, 2022. Curbside composting efforts in College Park will increase following the establishment of a program that provides residents with containers to use for disposing food scraps. (Giuseppe LoPiccolo/The Diamondback)

The city of College Park will bolster its composting efforts beginning next month through a new curbside food scrap collection program.

More than 150 College Park residents have signed up for the curbside pickup option since registration opened in early August. College Park public works director Robert Marsili said the city hopes to have 200 participants involved for the launch of the program this fall.

“We’re trying to make advances in how people behave regarding trash and the things that they throw away and just take for granted,” Marsili said. “We have to do more.”

After food scraps are collected each week, they will be sent to the Prince George’s County Organics Composting Facility for processing. The compost program diverts food waste from the Prince George’s County Brown Station Road Sanitary Landfill, which only accepts municipal solid waste. Food scraps release methane as they break down in landfills, but composting minimizes the presence of methane during decomposition. This, in turn, combats climate change.

The curbside pickup program will look to capitalize on the success of the city’s food scrap drop-off initiative, which started in 2019 and has since diverted more than 70 tons of food waste from the landfill. The initiative allowed College Park residents to drop off food scraps at one of two locations.

Now that residents can put out food scraps with their trash and recycling each week, city officials hope to see significant growth in the amount of waste diverted from the landfill.

Marsili hopes within a few years of the program’s launch, the city will add hundreds of participants and be able to divert hundreds of tons of waste.

District 1 council member Kate Kennedy said the city may see a slower start to the new iteration of the program because now entire households must commit to composting each week, rather than individuals who participated in the drop-off program. The new program also asks people to change their daily habits, which may lead to hesitation.

The slower rollout of the program to a group of about 200 residents who opt in will help the city understand what barriers prevent residents from participating and find strategies to inform the community about composting, Kennedy said.

“We’re rolling out slowly … We want to be able to, one, scale it up,” Kennedy said. “I imagine this will be exponential growth. This is going to be over time. It’s going to be huge for the city.”

The city is already in the process of planning educational programs to kick off the new initiative. Next week, the public works department will begin creating educational videos about the benefits of composting and ways to avoid bad odors while collecting food scraps. These videos will help combat “the yuck factor” of composting, Marsili said.

“People don’t like to fool around with food that they don’t want,” Marsili said. “It takes time for people to gain interest. It takes a lot of communication, education on our part to keep the momentum going.”