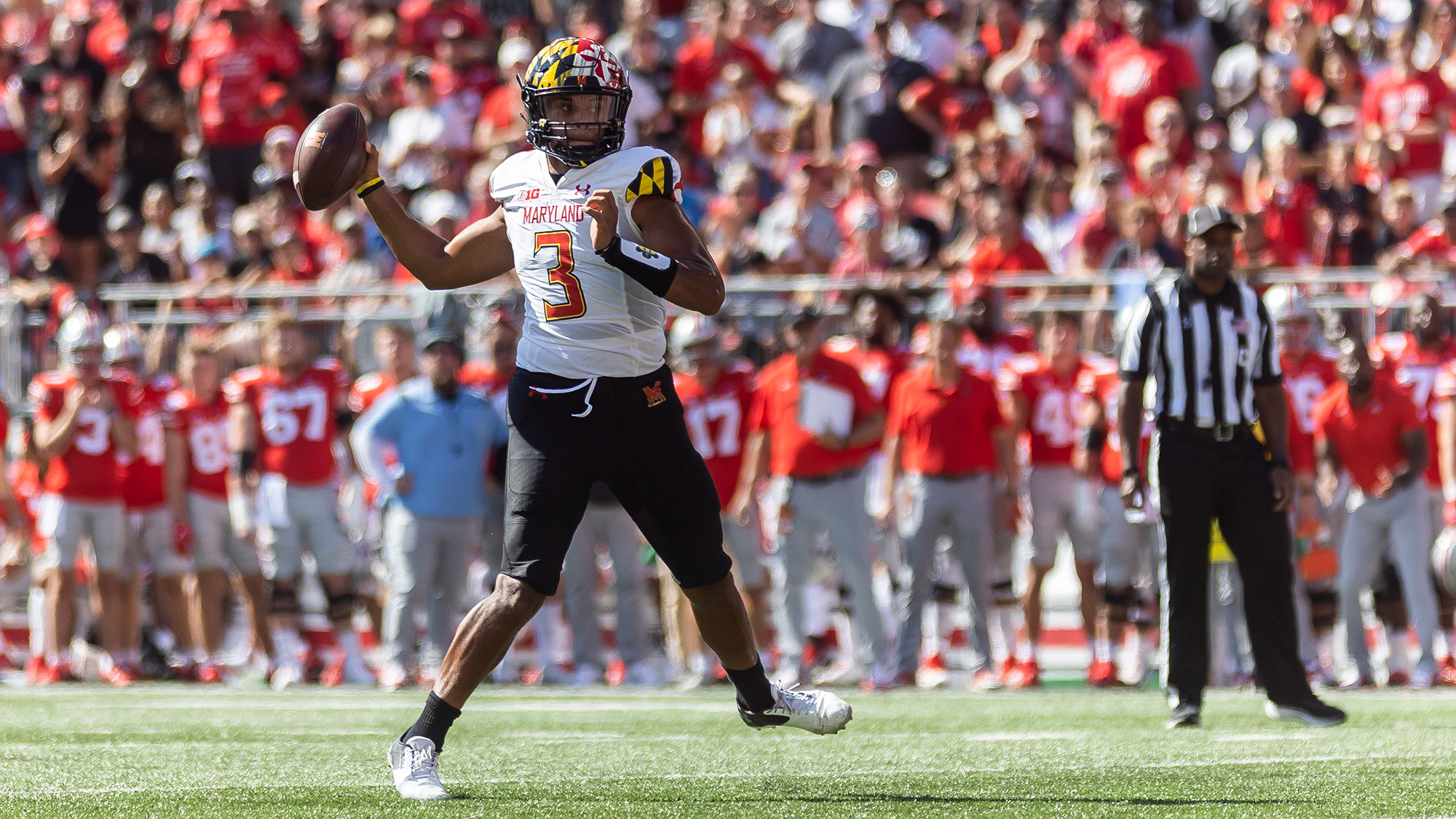 The Michigan running back took the ball on a third and four with three and a half minutes left, facing a Terps’ defense angling for a stop to give its offense one more opportunity in a one-score game.

But Corum started inside before accelerating to the edge, outrunning the Terps defenders that’d concentrated themselves to the middle of the field.

His 47-yard touchdown run extended the Michigan lead to 15. Corum rushed for 243 yards, the seventh-highest single-game performance in Michigan program history. The Terps challenged the Wolverines, even taking a brief lead, but ultimately faltered for their first loss of the year on the road Saturday, 34-27.

“​​He’s definitely a good running back,” defensive back Jakorian Bennett said. “Small guy, but he was powerful and shifty.”

Maryland kept the game close despite dropping the opening kickoff and allowing an early touchdown. Quarterback Taulia Tagovailoa led the team to 13 quick points and a three-point lead.

“We said we needed to get the game into the fourth quarter, an opportunity for us, and we did that,” head coach Mike Locksley said. “But we didn’t make the plays when the plays were there to be made.”

One play they didn’t make quickly erased the Terps’ advantage.

Corum squished through a hole with under 30 seconds remaining in the first half on fourth and one for a 33-yard touchdown that put the Wolverines back into the lead for the remainder of the game.

“We gave up two cheap long runs,” Locksley said on Corum’s two touchdowns. “One on fourth and one where it’s just a matter of everybody in their gap and then the other one, third and five, every gap should be controlled … they don’t have enough guys to block us … we gotta make the play.”

Tagovailoa stepped up in the pocket and fired a pass over the middle. Michigan’s DJ Turner stepped in front of the deep in-breaking route and corralled the pass for an interception — a drive-killer that came right after a 26-yard pass to CJ Dippre.

The turnover, which looked to be dropped on replay, was not reviewed and began a dry spell for a Maryland offense that had chugged through the home squad’s vaunted defense.

The Terps entered that possession after scoring on each of its first three drives, totaling 154 yards across the 27 total plays they ran. Maryland’s defense forced a punt and gave the ball back to the offense with a chance to build off a 13-10 lead.

But Tagovailoa’s pick ended that chance and the Terps languished in the four following drives — going punt, end of half, punt and punt.

That stretch, which lasted around 20 minutes, let the Wolverines surge back into the game. They went up 24-13 after getting the ball back after the final punt, giving them a two-score advantage they didn’t relinquish.

Maryland scored a touchdown to close the gap, but Tagovailoa fired a pick into double coverage, an ill-advised pass Locksley called “egregious” after the game.

Maryland scored a touchdown to close the gap, but Tagovailoa’s second pick of the game and Corum’s 47-yard scamper sealed the final outcome.

“We’re throwing into double coverage, didn’t confirm the coverage,” Locksley said. “[Tagovailoa] continued to fight and give us a chance but … our best players, we’ve got to play at our best when we face teams like Michigan.”

One of Maryland’s biggest offseason additions came in their special teams room and showed his value Saturday.

Chad Ryland knocked home two field goals, both of which came from beyond 50 yards, marking the first time a Terp did so since October 2020. Last year, the Terps only attempted one field goal of that length, but their new kicker’s improved leg let them stretch the field.

Ryland, who said he didn’t have the best week of practice, named the 37-yard line as his target line before the game to Locksley. He noted that Michigan’s bowl-shaped stadium caused the wind to swirl.

“It was just a blessing to get those opportunities,” Ryland said. “I was fortunate enough that Coach [Locksley] trusts me, my teammates trust me.”

Punter Colton Spangler shined as well. He landed each of his three punts inside the Michigan 20-yard line, setting up the Terps’ defense with good starting field position.

Their performances and many others helped Maryland register one of its strongest performances against the Big Ten’s elite since Locksley and Tagovailoa paired up, but key missteps turned what could’ve been a sport-shocking upset into a narrow miss.

Maryland had lost its last three matchups with Michigan by 41, 31 and 21 points respectively. The Terps lost Saturday’s by seven — a margin bolstered by a late Billy Edwards Jr. touchdown but one limited by Felton’s fumble and a questionable interception call.

The performance marked one of the strongest for the Terps against the Big Ten’s elite since Locksley and Tagovailoa paired up. The coach’s plan to keep the game close heading into the final frame gave his team a shot.

“You never know what can happen,” he said.

The Terps did just that, heading into the fourth quarter down just four points. Their loss, while a disappointing missed opportunity, could boost them heading into a home matchup against a scuffling Michigan State team.

“Obviously we’re not into moral victories,” right guard Spencer Anderson said. “But definitely gives us confidence going into the rest of our season.”