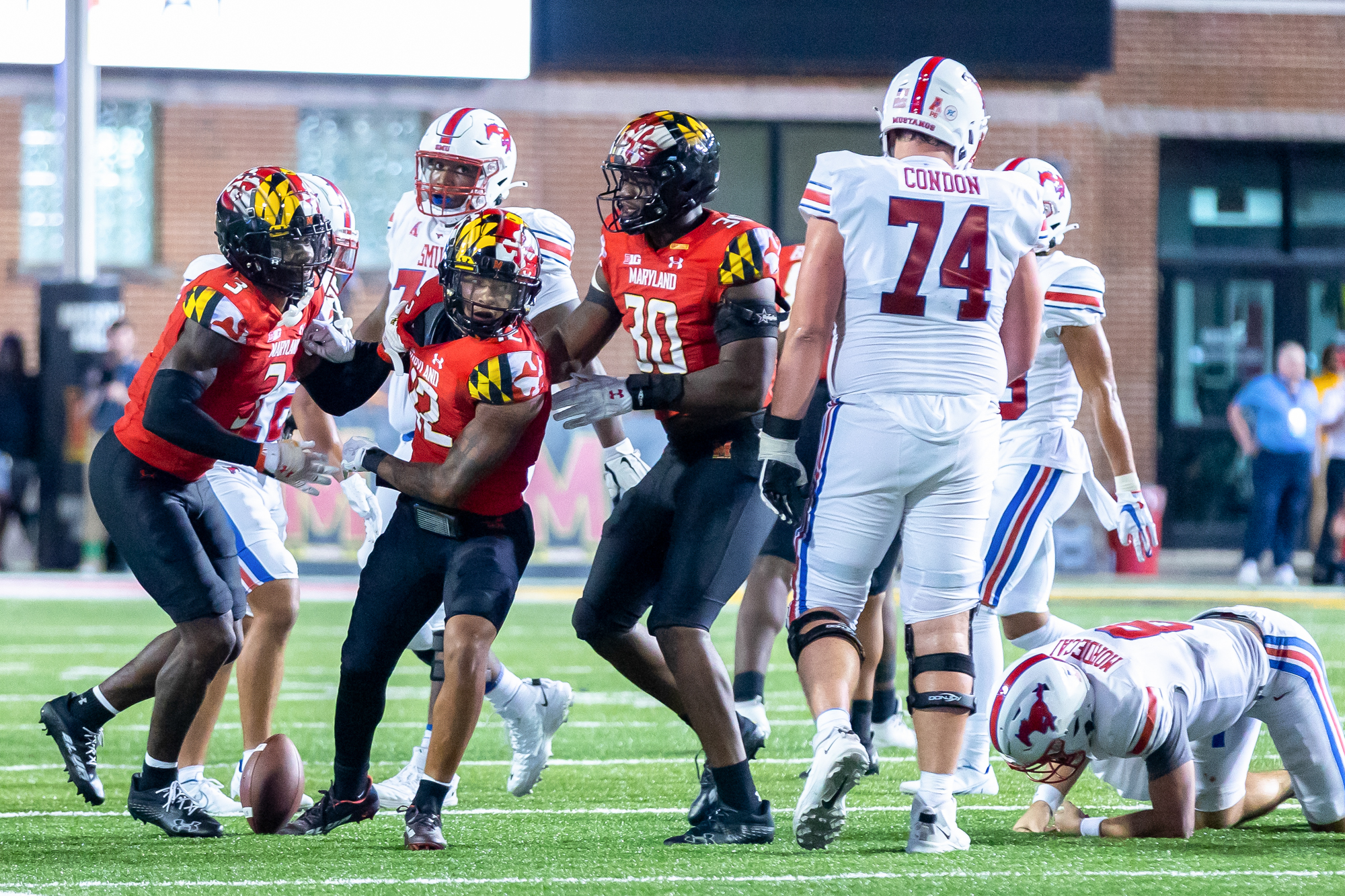 Maryland football has struggled in its first game against a ranked Big Ten team in recent seasons. The Terps have entered each of their last four matchups with winning records but have lost all four by a combined score of 214-49.

Coach Mike Locksley’s squad faces another similar test when they take on No. 4 Michigan, but he and the team are trying to keep a level demeanor and treat their highly touted opponent like any other.

“Who we play doesn’t change,” he said Tuesday. “It’s the consistency of how we prepare to play, which is what makes Grandma’s macaroni and cheese good on Christmas Day or a regular Sunday after church.”

The coach wants his squad to get off of the ride of emotions and instead treat every game the same. He learned from his time under Nick Saban and Alabama that preparing consistently regardless of the opponent fosters a winning culture.

“Saying it’s Michigan week, let’s all of a sudden ramp up our intensity … that’s just not how you go about building a winning program,” Locksley said.

Maryland’s coach knows he and his team will see adversity mixed in with good moments during Saturday’s game. That’s to be expected going against a fourth ranked Michigan team that won the Big Ten a season ago.

Some Terps are approaching the game with confidence. Rakim Jarrett, who received an offer from Michigan, said being recruited by high-profile schools removed the mystique they may hold for someone who didn’t.

“They’re just another team,” he said. “They’ve recruited players just like me, and I’m a player like they recruited so it’s just another game … of course they’re a big team but I think we’re just as good.”

Defensive back Dante Trader Jr. praised Michigan’s playmakers and offensive line but said the team’s much better equipped to deal with the imposing challenge ahead of them than last year’s squad because of their unity.

The Terps can now get themselves back to neutral and grind through four quarters against a talented team, he said.

Taulia Tagovailoa echoed that message, calling this year’s team “much more of a brotherhood.” He saw his team battle against SMU despite a catalog of mistakes and feels that experience will help them Saturday and through the rest of the season.

Last year’s game against Michigan marked one of the low points of Tagovailoa’s 2021 campaign. He completed just less than 58 percent of his passes for 178 yards, one touchdown and one interception.

Locksley called for Tagovailoa to play within the offense Thursday and act as a facilitator that can get the ball to the Terps’ playmakers.

“Just looking for him to execute the offense, go out and do the things he’s coached to do, not abandon his training,” he said. “If he does that, he’ll just be just fine.”

[Mike Locksley asked fans to show up, and they did. The team rewarded them with a win.]

Maryland football partnered with a recently created non-profit, The Best is Ahead Foundation, that’ll help its players use their name, image and likeness to help underserved youth in the Washington metro area, the program announced Wednesday via a news release.

Executive chairman of Under Armour Kevin Plank and other donors will provide funding for the NIL collective, per the release. Their money will be given to the players as compensation for outreach activities in the community, a team spokesperson said.

“This will hopefully allow our players, everyone in our program, to benefit from it while also paying things forward to the D.C., Baltimore area which in turn hopefully gives people a better feel for what our program’s all about,” Locksley said Thursday.