Mike Locksley asked fans to show up, and they did. The team rewarded them with a win. 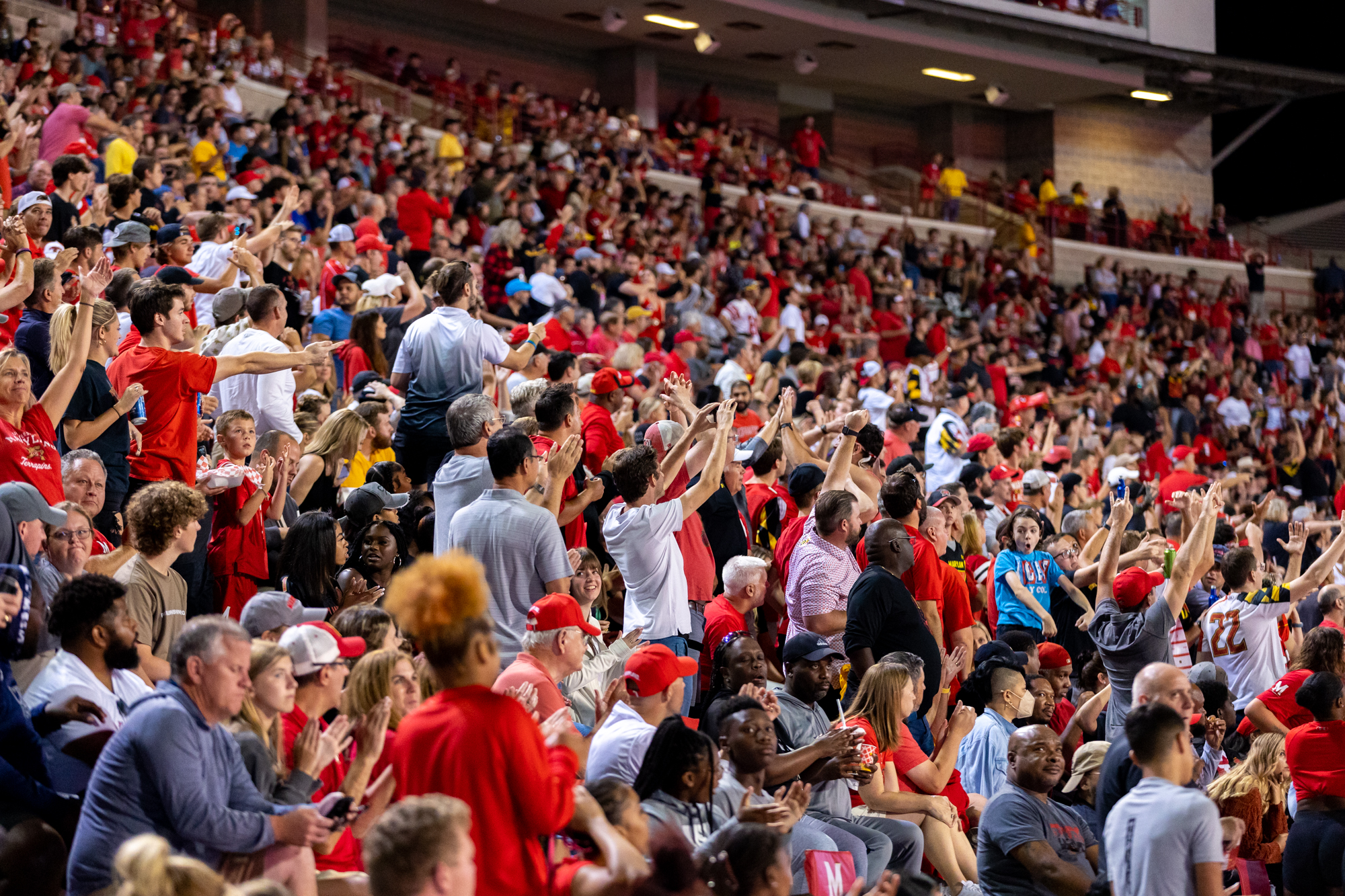 Coach Mike Locksley begged, pleaded and hoped Maryland football’s fans would show up for all four quarters in his team’s Saturday night home bout against SMU, he said during his Tuesday press conference.

Locksley took to the mic to appeal directly to his team’s fans, imploring a fanbase he dubbed “Terp Nation” to show up and support his team Saturday evening.

“I get told the thing that I need to do is close the gap between the top teams in our league,” Locksley said. “Well, the challenge is will our fans help me close the gap with creating an environment that makes it tough when people come in The Shell?”

Locksley’s squad didn’t have a positive recent track record in night games heading into the game.

The Terps were blown out in a seven-turnover performance against Iowa last season in front of a packed Friday night crowd — a deflating loss that stymied the team’s momentum following a 4-0 start to the season.

But Maryland’s fans still showed up against the Mustangs. More than 31,000 people attended the Terps’ 34-27 win over SMU, according to Maryland’s athletic department, with the student section remaining speckled with red and white until the final whistle sounded.

It was a sight to behold for Maryland running back Roman Hemby.

“They came out tonight,” Hemby said. “They pretty much packed the stadium like we asked for them to try to do for us.”

“When we can keep the crowd into the game for four whole quarters, it helps us out a lot,” he added. “We’re definitely happy that they came out, and hopefully they continue to do it going forward.”

The redshirt freshman running back showed up early and often for the Terps, giving Maryland’s faithful something to cheer for to the tune of 213 all-purpose yards on the evening. He found a gaping hole in the first quarter of the game, taking a handoff 50 yards to kickstart Locksley’s offense.

Hemby was one of multiple impact players for the Terps in a back-and-forth shootout against a high-octane SMU offense. Tight end Corey Dyches also shined for Maryland’s offense, helping the Terps convert a long fourth down in the final quarter by lunging for an improbable first down — a play that came to the delight of the crowd.

“It’s always exciting, playing a night game, it was my favorite type of game,” Dyches said. “It’s just a great environment to be in, and we were able to go out here and everybody gets to go home happy.”

Dyches later snagged a go-ahead one-handed touchdown in the fourth quarter to give his squad a lead it wouldn’t surrender.

The Terps’ win was by no means pretty. Locksley’s squad trailed at halftime after a litany of penalties hindered its momentum.

Maryland committed 15 penalties for 141 penalty yards, as holding calls and unsportsmanlike conduct penalties plagued it on both sides of the ball all evening.

“We still got work to do,” Dyches said. “Still got a lot of things to clean up, you know, like penalties and just the little things we gotta clean up before we get going.”

“[We’re] not even close to scratching the surface to how good we can be,” Locksley said.

Saturday’s win, in front of a home crowd and under the bright lights of Maryland Stadium, marked an improvement for Locksley and his team. But the victory also represented a step forward for the relationship between the Terps and their fanbase as the program tries to ascend into the Big Ten’s upper echelon.