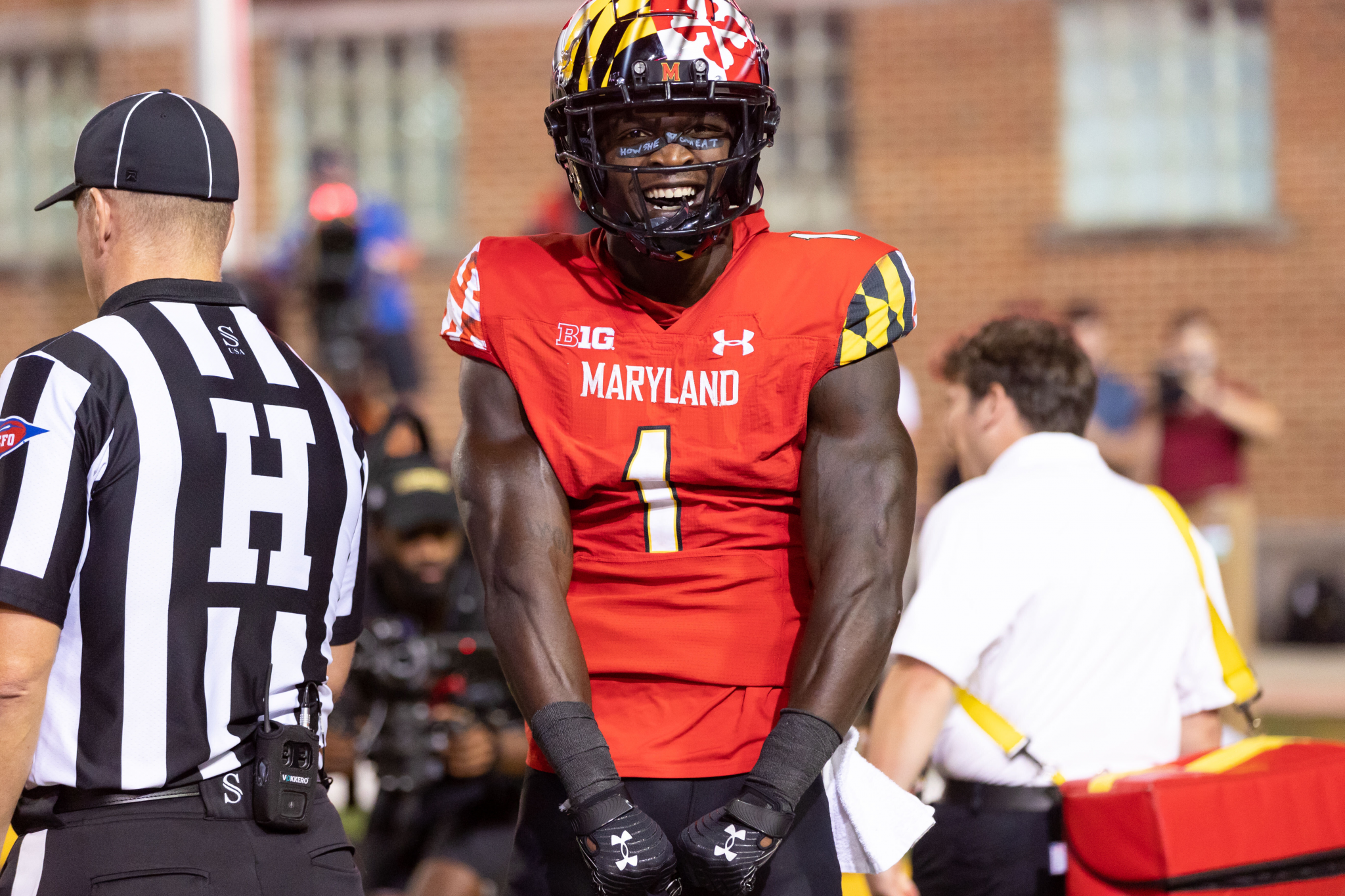 It looked like Maryland football had entered a “commit every type of penalty possible” competition at some points during its Saturday night win over SMU.

They committed 15 penalties for 141 yards, part of a sloppy performance that also included two fumbles and over 500 yards of offense for the Mustangs.

The messy victory showed what the Terps were Saturday and what they might be moving forward — an imperfect squad that desperately needs to improve its discipline and situational awareness, but one talented enough to make those deficiencies not matter.

“We did not play our best football today, let’s make no mistake about it,” coach Mike Locksley said. “But it sure feels good to be 3-0.”

Lunsford’s hold negated a Jeshaun Jones touchdown and sent the Terps back 10 yards. The receiver’s celebration after the would-be score — he flipped the ball to the just-defeated cornerback — tacked on 15 more yards. The penalties turned a touchdown into a third-and-31.

“It’s a little chippy out there and again, those are selfish penalties, when you get a penalty for throwing a ball in the guy’s face … we got to show maturity and we got to show the discipline that it takes to walk away,” Locksley said.

The team played with more emotion than the coach would’ve liked, he said, which contributed to those “selfish” penalties.

It wasn’t just penalties either — the Terps weren’t fundamentally sound in multiple aspects of the game. Tai Felton fumbled a kickoff return. Dontay Demus dropped a pass on third down that would’ve given Maryland first and goal. He, Jones, Jacob Copeland and Rakim Jarrett only combined for five receptions.

Jarrett was perhaps the prime example of Maryland’s talent overshadowing other errors. He only caught two balls but capitalized on both opportunities. He caught a 48-yard touchdown when Maryland surged back to take the lead and another 17-yard slant on a drive that ended with a game-tying field goal.

Even with the limited production of Maryland’s high-powered wide receiver room, they had enough talent to score 34 points and total over 400 yards of offense. Corey Dyches caught a game-high six passes for 32 yards while Roman Hemby racked up 213 all-purpose yards.

The two dominated the ball on the Terps’ game-winning drive. Maryland faced a fourth and nine after three plays that went near-nowhere. Taulia Tagovailoa found Dyches in the middle of the field but the tight end caught the ball short of the first down marker.

With a defender draped over him, he chugged his feet and lunged forward for the first down.

“I knew it was fourth down, it was [the] end of the game, we needed to keep the drive going,” Dyches said.

Hemby would take control from there. He ran the ball on five straight plays, picking up 30 total yards that brought Maryland to the SMU five-yard line, setting up Dyches to star.

Tagovailoa had a defender in his face as the play started and had to flip the ball behind Dyches as the tight end ran into the left flat. Dyches reached his right hand back to corral the ball before tucking it in and diving into the end zone for what turned out to be the game-winner.

Both Hemby and Dyches didn’t enter the season heralded as Maryland’s most lethal offensive options. But they displayed their immense talent and the team’s depth to overcome previous mistakes and eke out a victory.

Dyches admitted after the game that the team’s explosive offense does make up for the penalties but those mistakes need to be cleaned up — saying that next week would be better.

His teammate Hemby concurred on the need for improvement but made sure to appreciate the game’s result.

“It’s always better to play a not perfect game when you get a win,” he said. “We didn’t play a great game, but we came out with a win and at the end of the day, wins in the win column is something that we’re trying to stack here.”