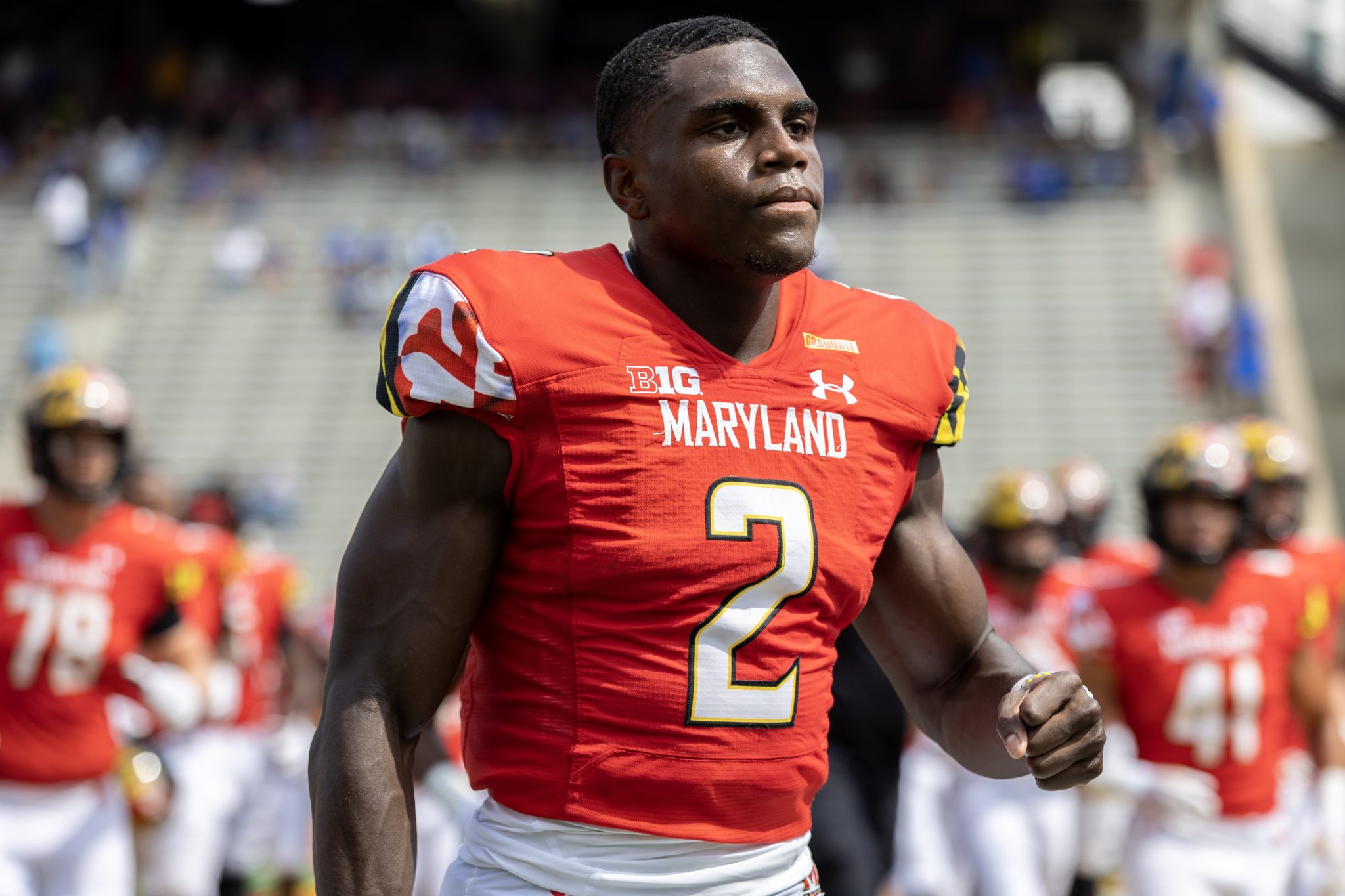 Clevester Hines juked to the left of Jakorian Bennett, locating and leaping for a Cole Snyder pass in the corner of the endzone. Hines met the ball in the air, only for Bennett to claw it out of his grip as the receiver attempted to haul the ball into his body for a late touchdown score.

Bennett watched Hines crash to the turf, absent of the football. He stopped in his tracks, stared at Hines, then clasped his hands behind his back as the receiver jogged back to his huddle.

It’s a subtle celebration, one the senior cornerback started last season and has continued based on the support he received from his teammates.

Bennett had plenty of time to celebrate during Maryland football’s season opening 31-10 victory over Buffalo Saturday. He racked up a career-high five pass breakups in the win, allowing just three receptions for 28 yards on 37 pass coverage snaps.

Maryland coach Mike Locksley lauded Bennett’s defensive technique in a game where Snyder had just a 42.8 passer rating when targeting the star defender.

“He played through the ball, through the hand, got his head around and made plays for us,” Locksley said.

The 5-foot-11 defensive back established himself early in the Terps’ season opener, tackling wide receiver Justin Marshall on the third down to force a long Buffalo field goal attempt that drifted wide.

The first of Bennett’s five pass breakups came on the next possession, when he negated Marshall’s one-handed snag attempt down the sideline. Bennett sized up five different Buffalo receivers throughout the game and held three of them catchless when he guarded them.

“I’m just glad I did everything I had to do to try and help the team win,” he said.

With the Bulls threatening to strike midway through the second quarter, Snyder rolled out to his right and fixed his eyes on wide receiver Jamari Gassett.

Bennett read the play perfectly. He stepped in front of Gassett near the sideline and raised his arms up to intercept the pass. But before he could corral the ball, he began thinking about sprinting to the endzone.

“We always talk about ‘think six,’ so I was thinking six, took my eyes off of it,” Bennett said. “We gotta have those.”

Bennett watched the ball slip through his fingers and roll harmlessly to the turf as he fell to the ground, placing his hands on his helmet in disappointment.

“One of those [pass breakups] needs to be an interception for a touchdown,” Locksley said. “Jakorian’s one of those guys that had a draftable grade to leave and probably would’ve gotten drafted this year, and the reason he came back and used the [COVID-19] year is to improve his stock from that standpoint.”

Bennett knows Maryland’s first defensive performance of the 2022 season left more to be desired. The Terps strived for a shutout, but Buffalo’s ability to utilize its “no-huddle” offense and garner momentum put Maryland’s defense on its heels on the Bulls’ two scoring drives.

Still, Bennett’s career-high day was a positive sign for a player looking to make the jump to the NFL following his senior season in College Park.

“We shoot for perfection,” Bennett said. “We know that game wasn’t perfect, we know we have a lot of things to build on but, you know, that’s cool because we want to peak at the right time … just keep building, and we’ll be good.”