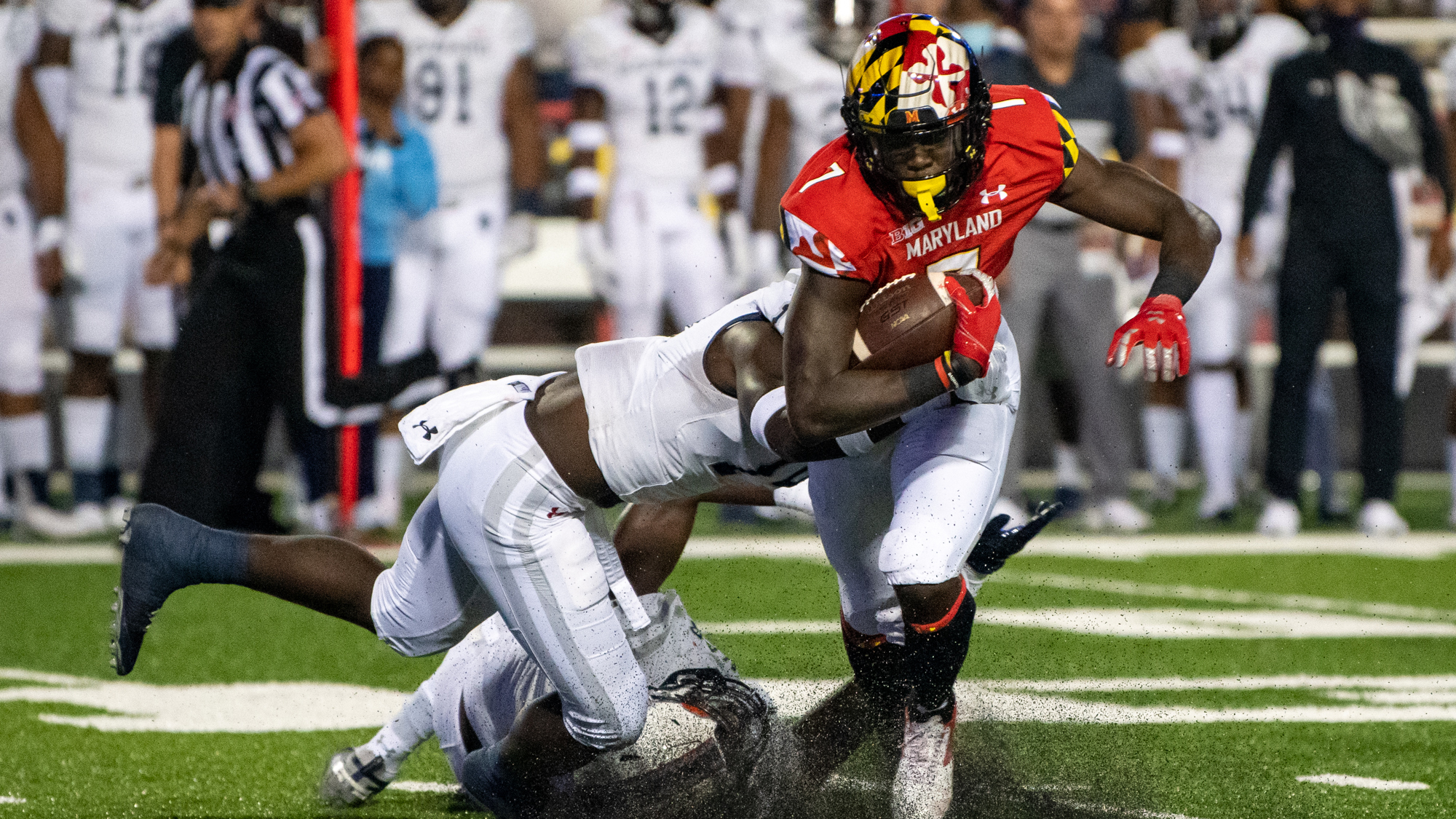 Dontay Demus Jr. sat in a medical cart, his ACL in tatters and his season lost, as thousands of stunned fans looked on.

“I’m coming back,” he said over ten months ago, punctuating each word with a defiant point downward.

He flew to Alabama for surgery a few days later, the beginning of his grueling journey back to the field. Demus fulfilled his vow when he stepped on the field Saturday in Maryland’s 31-10 win over Buffalo.

He also ensured his last memory on Capital One Field wouldn’t be his knee twisting the wrong way or being carted off. Instead, he got to re-experience what it felt like to run through the tunnel.

“It just felt like walking out there my freshman year. It felt like [my] first game all over again,” Demus said. “It’s just been a long while and I missed being out there with my brothers so I just loved every moment of it.”

The toughest moments in his recovery came at the beginning, he said, right after the surgery when his mind filled with questions about his future and unwanted thoughts of the injury.

His rehab progressed and his mental state improved along with the cartilage in his knee. His recovery became more “fun and easy” throughout the process, according to the wideout.

Demus caught just three passes for 23 yards against the Bulls, much less than some of his peers in the position group. But the senior seemed unconcerned postgame about the lack of production in his first game.

The first hit he took knocked out any of his remaining jitters, he said, noting that his body and knee felt “great” and that he thinks he’s at the same level from last year.

“I’m never worried about [catching less balls than my teammates],” he said. “My time will come.”

He can also take some credit for the success of the receivers. Locksley praised Demus for his leadership and the wide receiver, one of the eldest members of the Terps’ wide receiver room, said he’s assumed a vocal leadership role.

“We stay on each other’s backs. We always want the big plays and stuff like that but it’s always gonna be competition with us,” Demus said. “We don’t really call any of us as starters because it’s always competition day in and day out.”

He cited Jarrett and Jones as two players he talked to that solidified his choice to return to Maryland. The decision was “bigger than myself,” he said, noting that he wanted to be part of the culture being built by Locksley and the Terps.

“Get in where you fit in,” he said on his advice to the young receivers. “Each and one of us have a role … we just all play off each other, feed off each other.”

He knows his role as the Terps’ outside receiver, close to the sideline in his No. 7 jersey, a 6-foot-4 frame ready to snag passes over hapless defenders.