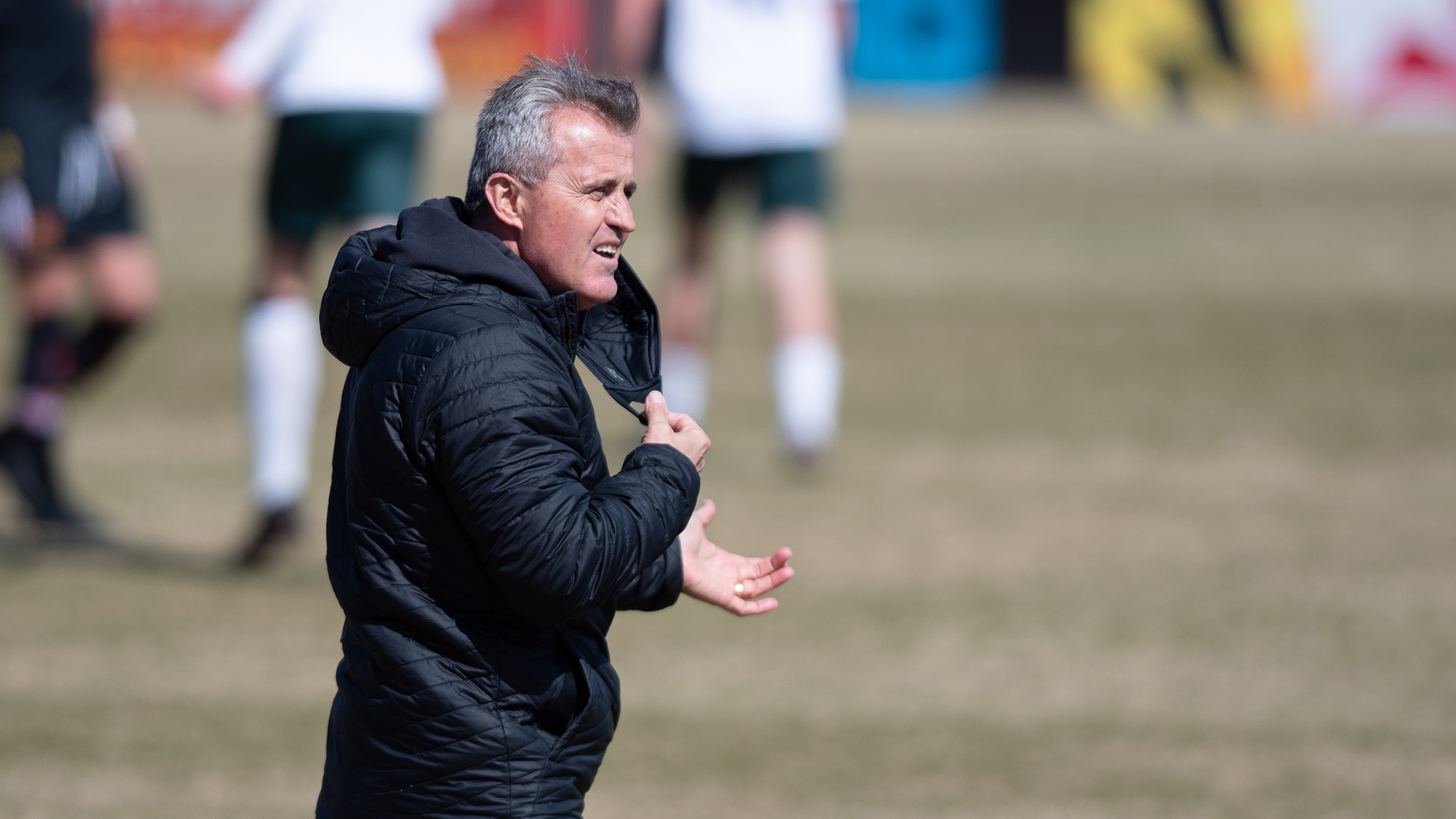 Maryland men’s soccer notched 20 shots and 10 shots on target in 110 minutes in the first round of the Big Ten tournament against Northwestern, but had nothing to show for it. Having missed a chance from the penalty spot already in the 80th minute, the Terps succumbed to an early exit after missing three-straight penalty kicks in the shoot out.

Just 11 days later the Terps squandered chance after chance again, failing to score in their NCAA tournament first round matchup despite creating more opportunities than Long Island. The Sharks scored the game-winning goal in the 89th minute and Maryland paid for its woes in front of goal again with an abrupt end to the season.

Then players left, including six forwards. In the wake of departures, coach Sasho Cirovski signed five new attackers, including two transfers and three freshmen. He’ll look to them throughout the year to make up for players leaving the program, but doesn’t want to set his expectations too high right away.

“I like the overall quality we have and the depth, but I do think it’s going to be a little bit of a work in progress,” Cirovski said. “We did lose quite a bit of attacking talent from last year … There’s still a lot of goals and assists there that are gone to replace.”

Maryland lost 62 percent of its goal-scoring from last season, heavily affected by the exit of its talisman from midfield — 2022 No. 1 overall MLS SuperDraft pick Ben Bender. Jacen Russell-Rowe signed a MLS Next Pro professional contract with Columbus Crew 2 in March, while Caden Stafford also left the team to pursue professional opportunities, according to a team spokesperson. The Terps’ three other departing goalscorers all exhausted their eligibility.

A majority of the 2021 team’s points and half of its assists were registered by players no longer with the team.

The changes reshape an offense that included solid production from last season’s Big Ten Freshman of the Year, Joshua Bolma. He scored four times and provided four assists in 18 appearances last season, ranking second on the team in goals and points scored.

Listed as a forward and midfielder, Bolma could also play a role in the center of the pitch. He was moved from left wing into center midfield during halftime of Maryland’s friendly against No. 14 Marshall and had a profound impact on the match, scoring the equalizer before drawing a penalty in the 80th minute that the Terps buried to secure a come-from-behind victory.

“[Bolma] is an outstanding player and he can be an outstanding player whether it's in the front line or in the midfield,” Cirovski said. “We'll use him in both places throughout the season, and I think it's going to take us maybe five, six games to figure out exactly what all the new players bring and how to mesh everything together.”

The only other returning attacker to receive normal playing time last season, San Diego State transfer Hunter George, has scored in both of Maryland’s public preseason friendlies. Cirovski said the forward had a good preseason and can throw off teams with his dribbling and passing.

The Terps’ new additions feature a blend of experience and youth in transfers German Giammattei and Stefan Copetti, as well as freshmen Colin Griffith, Max Riley and Ethan Gregory. The new transfers previously played at Marist and Division III Amherst, while the trio of freshmen played youth soccer in New Jersey, Maryland and Virginia.

Cirovski believes the attackers will not only bolster a front line that he said has struggled to produce in recent years, but provide a needed depth.

“The last few years we've struggled to have a lot of depth up front on the front line,” Cirovski said after Maryland’s 2-0 preseason win over American. “This year, I feel like we have a lot more and I think it'll show throughout the season. We struggled to sometimes score goals, and I think this year, I think we’ll be more threatening and more menacing.”

Senior defender Chris Rindov praised the group of forwards and the diversity they bring in Maryland’s new-look attack in the way they play. The impact they’ll have on the Terps’ offense has been apparent to their new teammate Nick Richardson throughout the preseason.

“It's a lot of new personality and characteristic in each way that they play,” Richardson said. “They all bring their own pizzazz and it's really nice to watch, it's nice to go up against. It gives me excitement just to see what they bring to the game.”

Maryland has a menacing schedule to contend with early in the season. The Terps take on No. 9 New Hampshire in their season-opener Thursday and will face local rivals Virginia and No. 2 Georgetown as a part of their nonconference slate.

The games will be a tough test for all five of the additions. While some have college experience, they will all need to adjust to the pace of play and level of a perennial Big Ten contender in Maryland. That adjustment is something Richardson said he’s already seen the new batch of forwards begin to make throughout the preseason.

“We have a very, very difficult opening opponent in New Hampshire as well as a number of games in the first few weeks before the Big Ten regular season kicks off,” Cirovski said. “I've done that on purpose. We want to challenge our guys with some great games and we want to measure ourselves, and hopefully we come out of those games a team that becomes stronger.”

Cirovski believes that while it may take time in his 30th season at Maryland, his forwards will be able to grow as it progresses and help the Terps contend for titles at the end of the year.

“I think it might take us a little while to get there, particularly with the type of opponents we're playing,” Cirovski said. “I think it's important for myself and our team to have high expectations, but also to be a little patient with the process of developing the front line.”