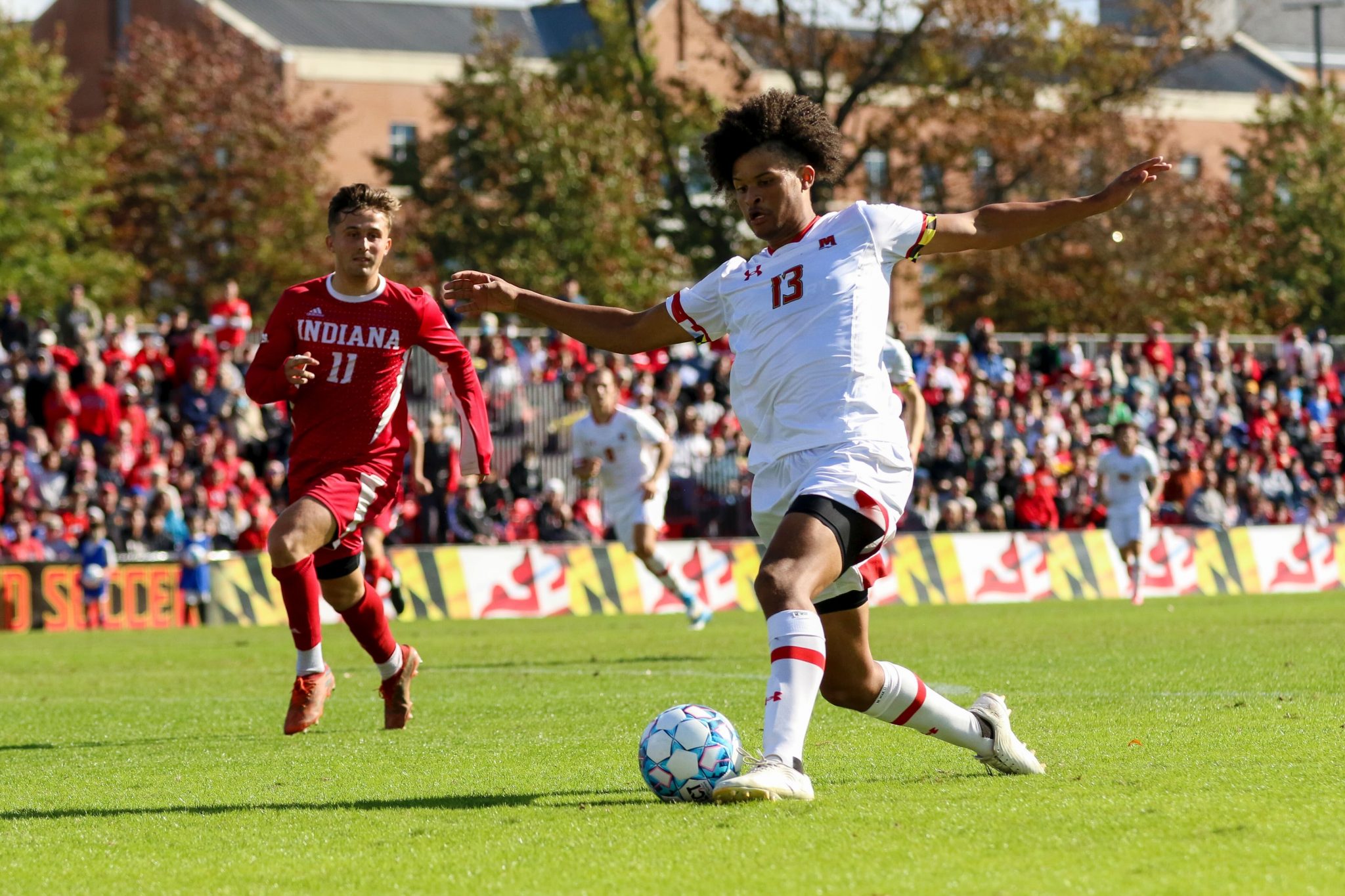 Former Maryland men’s soccer forward Jacen Russell-Rowe signed and made his first MLS start on Wednesday for the Columbus Crew.

He immediately impressed, assisting on both Crew goals in their 2-1 win over Toronto FC. The forward’s instant impact helped him become the fifth player in MLS history with two assists in the first half of their first career league start, joining a list that includes David Beckham and Rubio Rubin.

“I thought [Russell-Rowe] was extremely dangerous, he’s very quick,” head coach Caleb Porter said in a post-match press conference. “He did exactly what we wanted him to do, stretch the game, transition, work hard defensively.”

Russell-Rowe becomes the first Columbus Crew 2 player to sign a contract with the Crew after initially signing for the club’s reserve side in March. He made his MLS debut for Columbus in recent matches while on a short-term loan.

Since March, the forward has bagged 11 goals and provided two assists in 11 appearances for Columbus Crew 2 and leads the MLS NEXT Pro scoring charts.

“Jacen has impressed us with his performances for Crew 2 in MLS NEXT Pro and we believe he will continue to develop as a player,” Columbus Crew president and general manager Tim Bezbatchenko said in a release.

In his two seasons with the Terps, the Canadian scored four goals and notched five assists in 26 appearances. He was named to the ​​2020-21 Big Ten All-Freshman team after scoring twice during his injury-shortened first season.

Russell-Rowe’s departure leaves Maryland light up front, but the Terps are set to bring in five forwards in their incoming class — two transfers and three freshmen — to bolster their attack.