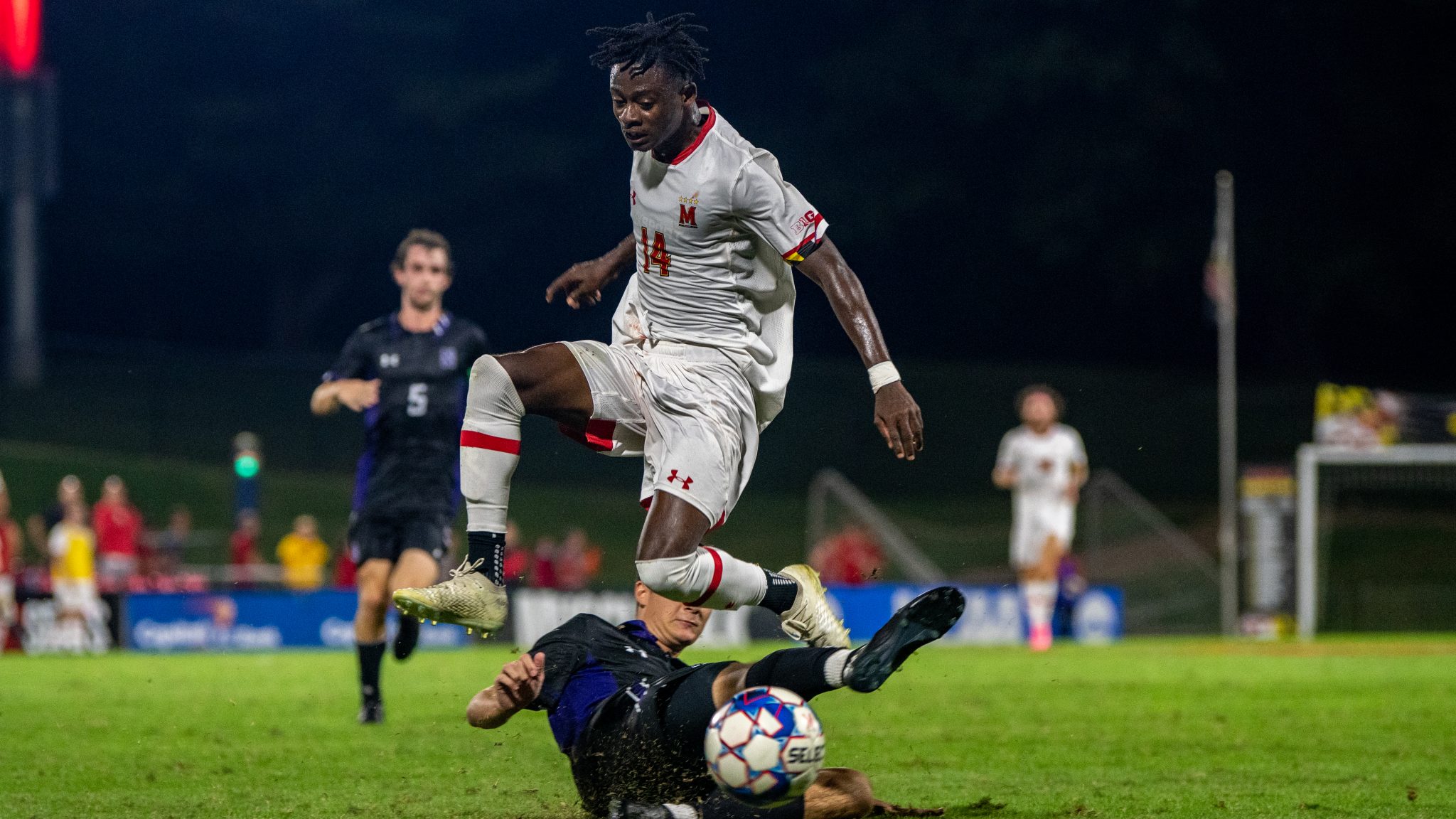 Joshua Bolma dribbled past multiple opponents before being hauled down as he attempted to shoot. The referee blew his whistle and pointed to the penalty spot as Bolma laid on the ground with just 10 minutes to go, giving Maryland men’s soccer an opportunity to take a late lead.

Hunter George side-footed a shot into the bottom corner before running off to the corner flag as the Terps celebrated their late comeback. No. 20 Maryland held on to defeat No. 14 Marshall — the 2020 NCAA champions — in its final preseason friendly, 2-1.

Friday’s match might’ve been a preview of how the Terps plan to play in their season opener at home against No. 9 New Hampshire on Thursday.

“When we play Marshall on Friday, we’ll put together what we feel might be our strongest lineup at this point, and then we’ll get a rotation going in that game that looks good,” Cirovski said after Maryland’s 2-0 exhibition win against American on Saturday.

Luca Costabile — a late addition to the Terps’ freshman class — slotted in at left back while Alex Nitzl, Griffon Dillon and Malcolm Johnston started in midfield. Johnston started as the team’s attacking midfielder in a 4-3-3 formation, a role Cirovski hopes to play him in more, he said last week.

Maryland’s starters along the front three — German Giammattei, Bolma and George — struggled to generate chances early on, with substitute Stefan Copetti notching the Terps’ only shot on target of the first half. The trio was subbed off after 33 minutes, while the rest of the starters played the entire opening 45 minutes.

William Kulvik had Maryland’s best chance of the first half, connecting with a header that looped onto the crossbar and was eventually scrapped away by the Thundering Herd for a corner.

Niklas Neumann made three saves in the opening 45 minutes, but couldn’t keep out a Gabriel Alves strike that took a massive deflection off a sliding block attempt from Griffin Dillon.

The Terps trailed at halftime, but played further up the field throughout the second half after appearing to tweak their formation. Maryland pushed two midfielders forward and played Bolma centrally, who showed his influence in the second half.

Alex Nitzl latched onto a pass inside the penalty box and cut the ball back to Bolma, whose first time finish flashed past Marshall goalkeeper Oliver Semmle to tie the game at 1-1 in the 74th minute.

The Terps kept the pressure on the Thundering Herd throughout the second half, winning four corners and notching eight shots. They were quickly awarded with their go-ahead goal after Bolma was brought down inside the penalty box, allowing George to place a penalty kick into the bottom left corner in the 80th minute. The forward also scored in the 2-0 win over American.

Maryland killed off the final 10 minutes of regulation to take home a 2-1 victory in its final preseason friendly, an encouraging result and second-half performance ahead of its season opener against No. 9 New Hampshire on Thursday.

The Terps played an additional 45-minute half against the Thundering Herd afterwards, featuring players further down each team’s respective depth chart.

Maryland midfielder Justin Harris scored 22 minutes into the extra period at his third attempt from close range. He had his first shot blocked, his second saved, but finally found the back of the net as his third strike looped over Marshall goalkeeper Gabe Sitler.

The Thundering Herd failed to threaten Maryland’s goal in the extra half, as the Terps scored the only goal of the additional period.