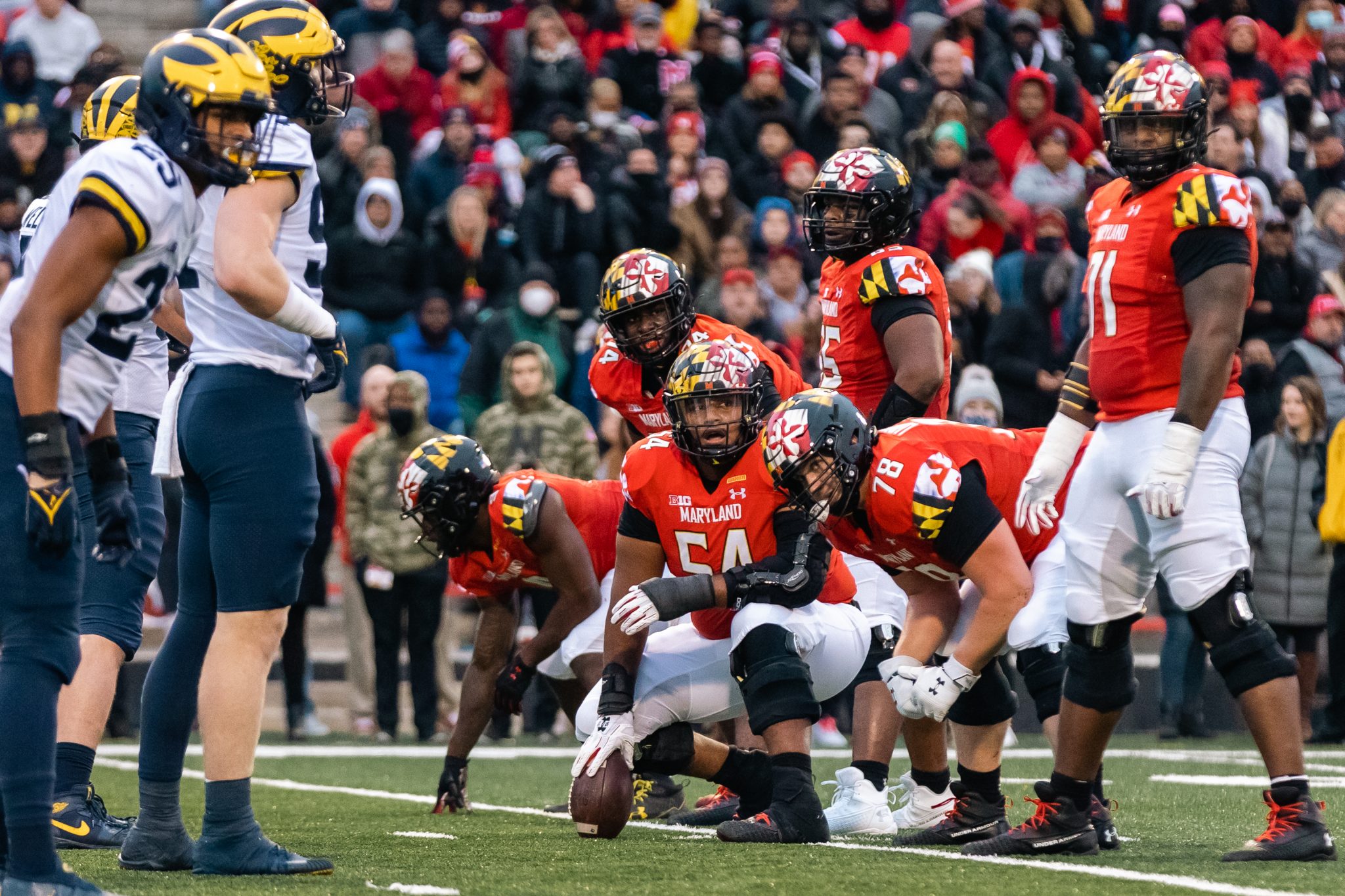 Even for a team that’s returning a Big Ten-high of 15 starters, Maryland football enjoys a wealth of continuity on its offensive line.

All five starters from last year’s positional group are set to return, giving the unit a stability the Terps hope develops into cohesion. Many of the individual players who make up the group boast pivotal versatility, and those factors have people inside the program raving about the line’s potential.

“I feel like our ceiling is really as big as any other offensive line in the country,” redshirt junior left guard Mason Lunsford said. “I think we stack up with a lot of other o-lines.”

Harris, who started nine games last season, seems to have been replaced at center by Branch.

“[Branch has] impressed me at center, the way he’s gotten down the playbook,” Lunsford said after the team’s first scrimmage. “He’s making all the right calls right now, getting really good movement in the run game. I think he’s been really consistent.”

Every offensive lineman who recorded at least 10 snaps for Maryland last regular season returns for the 2022 campaign, giving them time to adjust to coach Mike Locksley’s scheme. The coach noted the offensive line takes the longest to develop in new schemes.

“In a perfect world, you want to have 10 battle tested guys,” he said to reporters during the team’s media day.

Offensive coordinator Dan Enos praised the team’s depth at media day, calling the backup offensive lineman capable and that the young players will progress into the team’s future.

“I think the veteran offensive line is going to do a really good job to help those guys come along and grow,” he said.

Lunsford called the seniors the “driving force” of the offensive line room. He singled out Anderson, a 2021 All-Big Ten Honorable Mention, as the line’s leader.

Anderson’s a prime example of Maryland’s positional versatility. He played 564 regular season snaps at right tackle and 301 at center, according to Pro Football Focus.

Branch notched 807 snaps at right guard, 26 at left guard and 11 at center. Glaze split time between the tackle spots, with 131 on the left side and 311 on the right.

“Somebody might be better than you at one position, but you can be just as good at the same position at multiple positions,” Anderson said at media day.

Maryland quarterback Taulia Tagovailoa lauded the offensive line to reporters on media day, saying it’s had the best offseason starting from the winter as the “guys just put their head down to work.”

That praise comes with good reason, as the unit excelled at protecting Tagovailoa a season ago. Only 22.8 percent of his dropbacks a season ago came under pressure, the second lowest mark in the Big Ten of quarterbacks with at least 100 total dropbacks, according to Pro Football Focus analysis.

Nearly every quarterback sees a sudden drop in success when pressure arrives, and Tagovailoa followed that trend last season. He didn’t see a remarkable drop compared to other quarterbacks with at least 100 dropbacks, as his passer rating ranked No. 6 in the conference both with and without pressure.

Maryland shifted last year to put more of the offensive weight on the passing game’s shoulders. More than 57 percent of their snaps last year were pass dropbacks, and the Terps doubled down on that passing bet when they added receiver Jacob Copeland from Florida.

Lunsford said run blocking was a “weakness” a year ago and that the team emphasized the need for the line to improve in that area, especially with an inexperienced running back room after the departure of Tayon Fleet-Davis.

“If you can run the football well, it really opens up the rest of your offense,” Anderson said. “If you hand the ball off and get five yards a carry … [it] opens up play action.”

That gives the Maryland offensive line two goals: Protect Tagovailoa, and enable the passing game to stay on schedule and to guide the inexperienced rushing room to stability.

The group learned each other intricately, knowledge gained through hours of practice, film study and gameplay. They’ll be tasked with using that wisdom to achieve those goals.