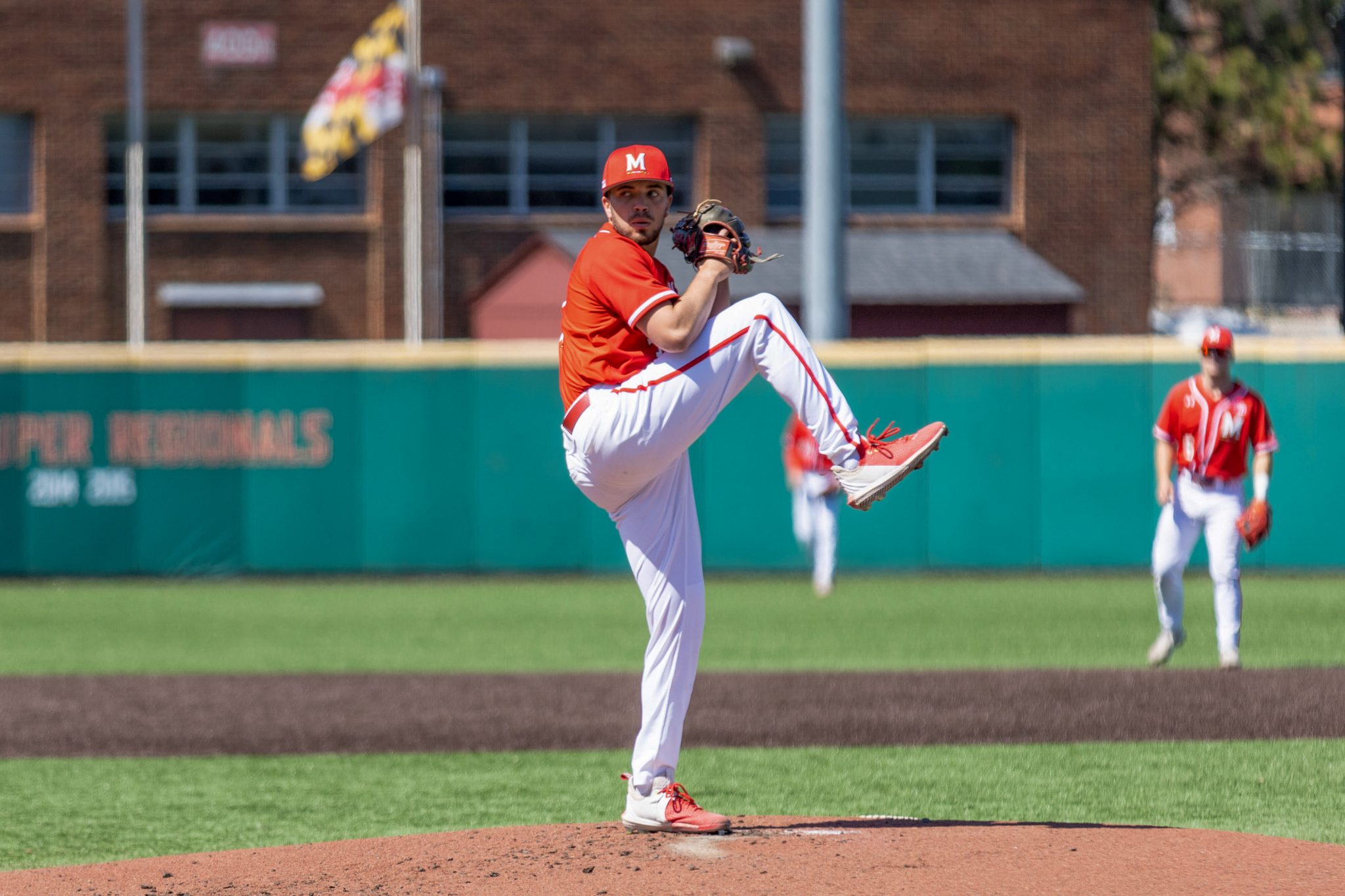 A trio of Maryland baseball players found their professional homes in the 2022 MLB Draft.

Pitcher Ryan Ramsey went to the Kansas City Royals in the 13th round, outfielder Troy Schreffler Jr. landed with the Philadelphia Phillies in the 15th round and outfielder Chris Alleyne dropped to the Los Angeles Dodgers in the 19th round.

The three draft picks matched the Terps’ highest mark since 2017.

Despite 16 home runs this past season,  first baseman Maxwell Costes went undrafted. He is free to sign with a team as an undrafted free agent or can return to the Terps for one more season.

While the selections provide pathways for the three drafted players to join professional baseball, it doesn’t guarantee they will. Ramsey and Schreffler both have eligibility and can choose to return to Maryland.

Alleyne, a fifth-year player, has no more college eligibility and will continue on in the Dodgers’ organization as the 585th choice in the draft. Some analysts were surprised that the 2022 Big Ten Player of the Year took so long to be selected.

“I have no clue how Chris Alleyne lasted until the 19th round,” D1 Baseball writer Patrick Ebert tweeted. “Just an incredible overall season and can impact the game in a variety of ways, can now prove people wrong in the Dodgers organization.”

Alleyne set a Maryland record for homers in a single season with 24 in his final year as a Terp. Baseball America, Collegiate Baseball and NCBWA all placed him on their first-team All-American squads.

His selection further validates the outfielder’s decision to come back for one more year with Maryland after going undrafted in the 2021 draft.

Ramsey became a second-team All-American after a season where the left-hander threw a perfect game and finished with a 3.22 ERA.

Schreffler improved in many offensive categories and finished with a .340 batting average, good for a All-Big Ten third team spot. The Pennsylvania native seemed happy to go home to the Phillies.

If Schreffler leaves, the Terps will lose two starting outfielders. They improved their depth at the position by signing NEC Player of the Year outfielder Matt Woods.