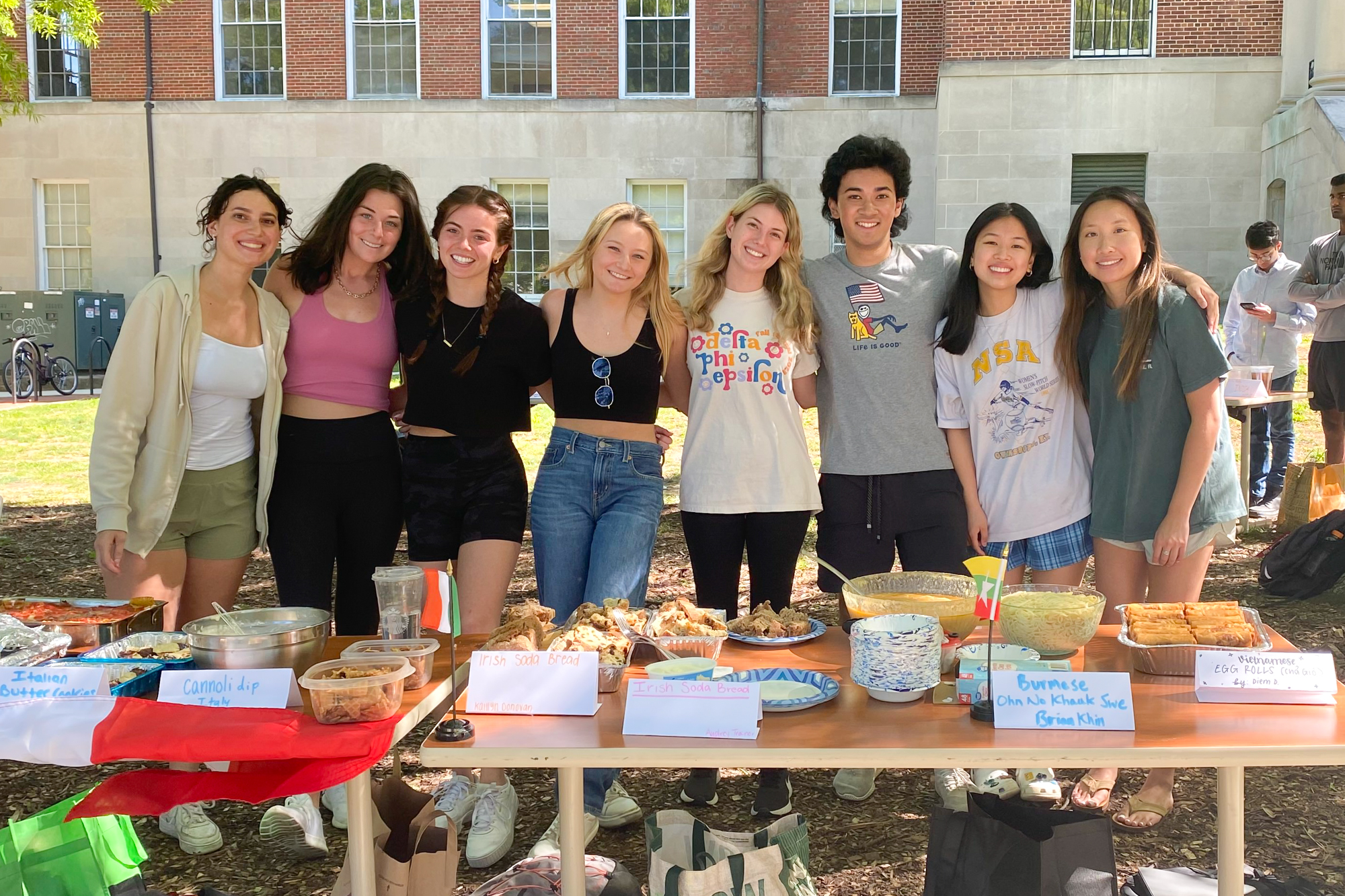 The University of Maryland HIST222 course’s end of the year event showcasing different cultural foods made a comeback Tuesday in front of Francis Scott Key Hall.

Due to COVID-19, this was the course’s first time hosting this event since 2019.

“A lot of people in the spring of 2020 were registered for [this] course, because they’ve been to this event, they were excited,” Dr. Robert Chiles, the professor for this course, said. “There was an element of heartbreak.”

HIST222: Immigration and Ethnicity in America examines the history of immigration and the development of diverse populations in the United States. It also covers topics related to political controversies, the social experiences of immigrants, ethnicity, generations, migration, inter-group relations, race and diversity in American culture.

This tradition began in 2016, when Chiles said if students made food, it would count toward extra credit. Someone actually ended up coming to class with a giant tray full of stuffed cabbage rolls their family made. Ever since then, the tradition has carried on.

“We think of various so-called ethnic foods, but a lot of them have really fascinating history,” Chiles said. “It became a really fun, sort of nice way of wrapping up the class.”

Tables were set at the front of Key Hall with all different foods on display. Each table had a sign with the student’s name, the food’s country of origin and flag.

“My father’s Salvadorian and my mother’s Mexican, and I personally love pupusas. I can eat them almost every other day,” said Jonathan Hernandez, a senior economics major and a student in the class.

Visitors were encouraged to vote on their favorite food as at the end of the event, students were awarded with ribbons for first through eighth place.

“[The students] really immersed themselves, some of them in cultures that are possibly unfamiliar to them, and it looks great. I’ve had some of the food, tastes delicious,” said Christopher Healy, a sophomore history major who was not a member of the class.

Students from a variety of classes attended the event and a line formed, which wrapped around part of McKeldin Mall. Many students were seen enjoying their food on the steps of Key Hall.

“I can’t stop smiling. I’m just so happy to see that this worked and that people seem happy,” Chiles said.