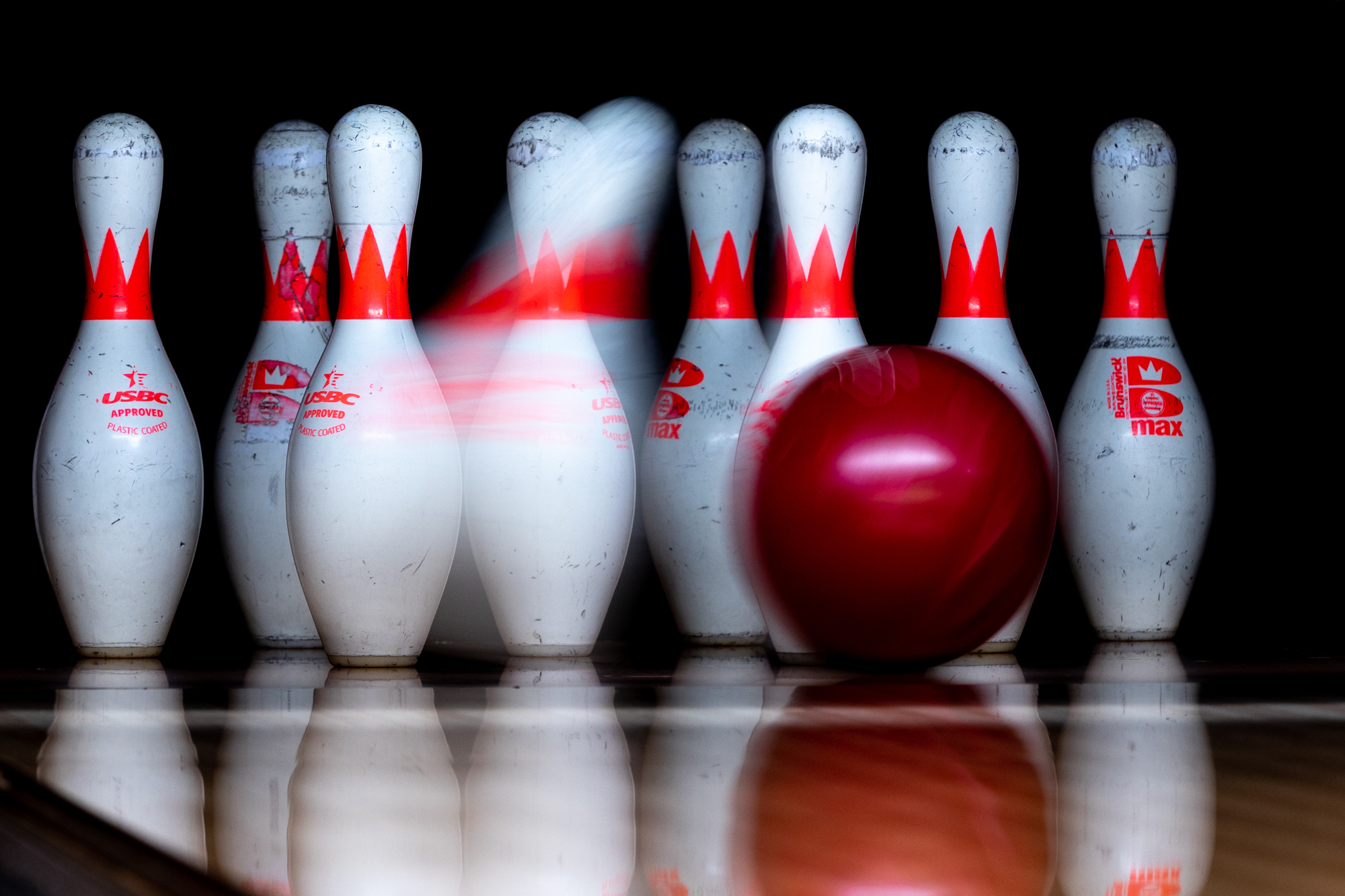 Matt Geller wiped sweat from his upper lip with his shirt, walking away from the lane with the pins still rattling, and took a swig of water. This was his third and final game. He pushed his total points closer to the 448 that secured him first place in the TerpZone bowling tournament on Monday.

The competition included seven players, several of whom were there by accident, and finished half an hour earlier than scheduled. The tournament was $5 to enter. Geller, a junior finance major, took home a three-in-one charging dock for his win.

“It feels great,” Geller said. “I didn’t think I would come in here and win it all, but I did. And I feel amazing after.”

Geller went to the tournament with a group of friends who bowl together at TerpZone. Junior communication major Sam Rochlin, a member from Geller’s group, took second place with 382 points across three games. Rochlin was awarded a bag of TerpZone merchandise along with coupons for free use of the facility. He said he would be taking a photo with his winnings and his friend.

“Me and my friend got first and second, so that’ll be a good picture,” Rochlin said. “I’ll send it to my mom.”

Senior computer science major and student manager at TerpZone Chris Palasik organizes all of the bowling tournaments. Palasik was this year’s undergraduate recipient of the Stamp Student Union Award of Excellence. He said next semester, TerpZone plans to have a weekly bowling league with one mid-semester tournament.

“It hasn’t been huge turnout,” Palasik said. “But it’s still been fun every time.”

Third place went to freshman psychology major and wide receiver for Maryland football Robert Smith. He went to TerpZone Monday with no knowledge of the tournament.

“I just came here to bowl,” Smith said. “I like bowling to get away from football. So this is my little escape.”

Smith spent the hour throwing 11-pound bullets down lane four, with an extreme spin on every go. He threw with an unusual grip, his hand flat on the surface of the ball instead of using the holes.

Two more competitors set out to bowl with no intention of joining a tournament. Freshman psychology major Dory Real had a date that happened to align with the competition.

“I just wanted to bowl, but then they said there was a tournament,” Real said. “And it was super cheap to get in so I’m like, ‘yeah, let’s bowl’ even though everyone else here is super serious.’”

Real’s date, Victor Perez, studies cybersecurity and computer science at Howard Community College, and said he didn’t have any hopes of winning the charging dock after putting several balls in the gutter.

As the semester comes to a close, the bowling tournament was a brief respite from exam preparation and final projects that ended with good spirited handshakes.