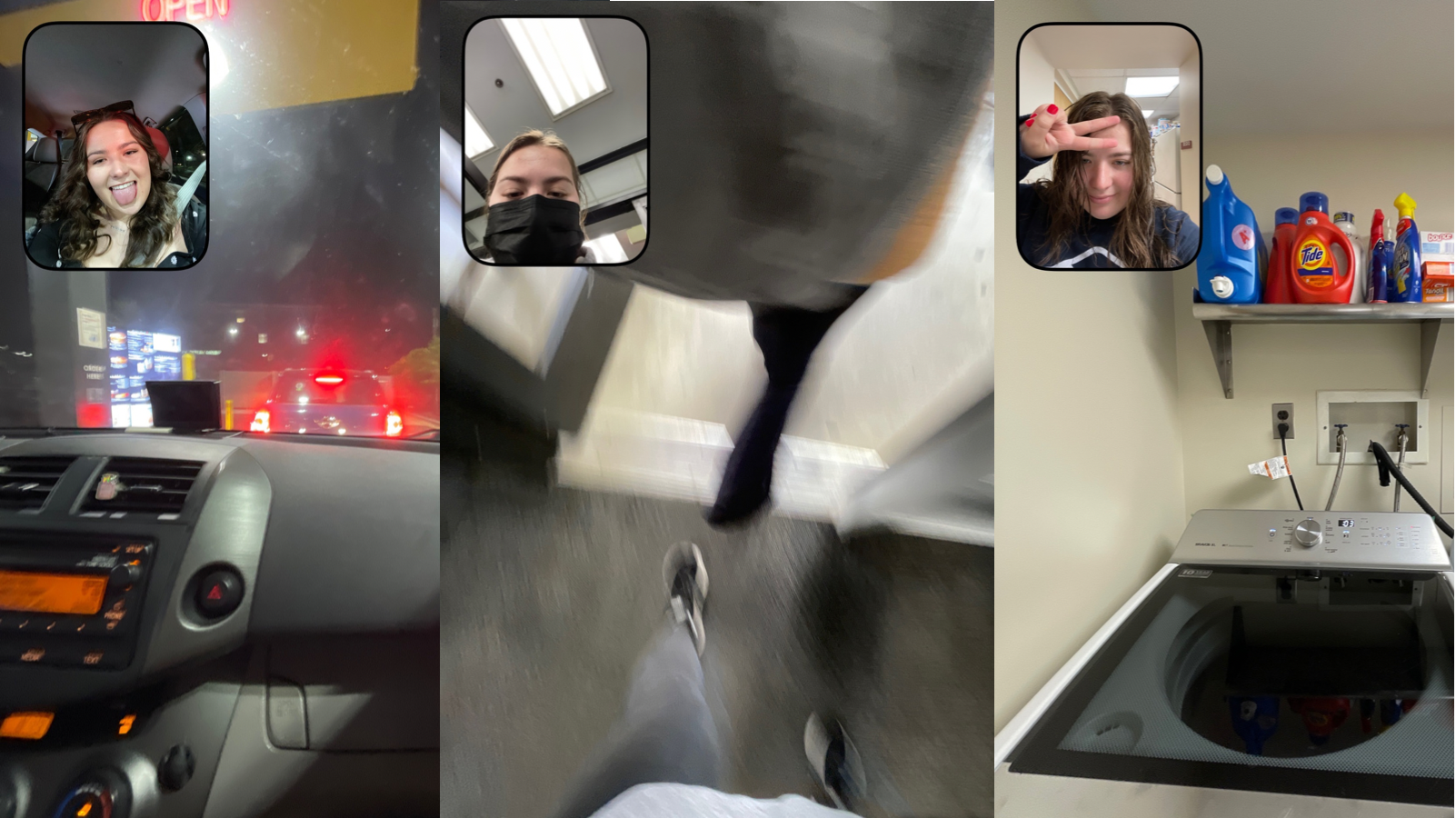 A series of screenshots from the BeReal app. (Rachel S. Hunt/The Diamondback)

Quick. Take a picture of yourself right now. Don’t change whatever you’re doing and most definitely don’t add a filter. How would that make you feel?

BeReal is the newest social media fad on college campuses. The app asks users to post once a day and only once, at the same time, wherever they are. You react with “RealMoji” emojis to posts, snapping a photo of yourself or using pre-taken ones. University of Maryland students have already weighed in, saying they like how the app allows them to connect authentically.

But is BeReal too real? I’ve only had the app for 11 days, but so many questions have already arisen.

The app came to my attention when a friend told me to download it, who had someone else tell them to download it, and so on. Some of my friends use it as a gag, making sure to do something amusing when their two minutes to post comes around. For the most part, people have been using it the way it’s intended, whether that’s blurry walks to class or delicious soup in front of them.

While using the app, I’ve been very aware of the thoughts running through my head. They usually go something like, “Oh, I’m doing something cool right now. I hope BeReal goes off,” or “I look and feel awful, and yet this dumb app wants me to take a picture.”

There was one moment when I was freshly post-cry, and the notification went off. I wondered to myself if I posted now, would I be inviting unwanted attention and questions? Or would I be destigmatizing the idea that someone has to be okay all the time? I wish I could say I did the latter, but I decided to just not post anything.

Could the app, which was intended to allow us to be authentic, continue a trend of authenticity we portray online as “authentic?” It could be as simple as moving to better lighting or changing what’s on your computer screen. Will BeReal only cause us to find more clever ways to manipulate people online?

There’s also the huge problem of FOMO on BeReal, whether that’s seeing people together at things you wish you were invited to or simply witnessing a cool thing you aren’t able to do. I can see this app starting a lot of drama about who was where and who was with who. While we definitely have free will over what we post, I could also see the app being intrusive. You are able to have your location data on, which shows people exactly where you are and when.

Should we treat the app like a Finsta and only let close individuals follow? Or should we use the app like any other social media platform, strangers and acquaintances included, in the hopes of destigmatizing social media’s fake zeal?

In terms of the app’s logistics themselves, I hope the creators work out the network errors that keep occurring with comments and posts, as well as replace the Discovery feed with something a lot less weird than a New Zealand stranger’s post of the day. I’d suggest a better notification bar to make responding to comments more straightforward. On the positive side, I really like the idea of the app serving as a personal time capsule over time and the ability to easily keep up with friends.

As we’ve seen on Yik Yak, there’s a deep desire out there for people to be able to express themselves in authentic, but also low-risk ways. Yik Yak is an app where the only option is to be anonymous whether you’re posting or responding. You upvote and downvote posts. People are craving a break from the meticulously curated feeds before us, and BeReal could be an accountable way to do that.

BeReal could just be a fad until eventually, we decide being real takes too much effort. Or it could genuinely change how we use and view social media, lowering the expectation of being trendy all the time. Whatever the case is, I think we have an interesting social experiment before us.