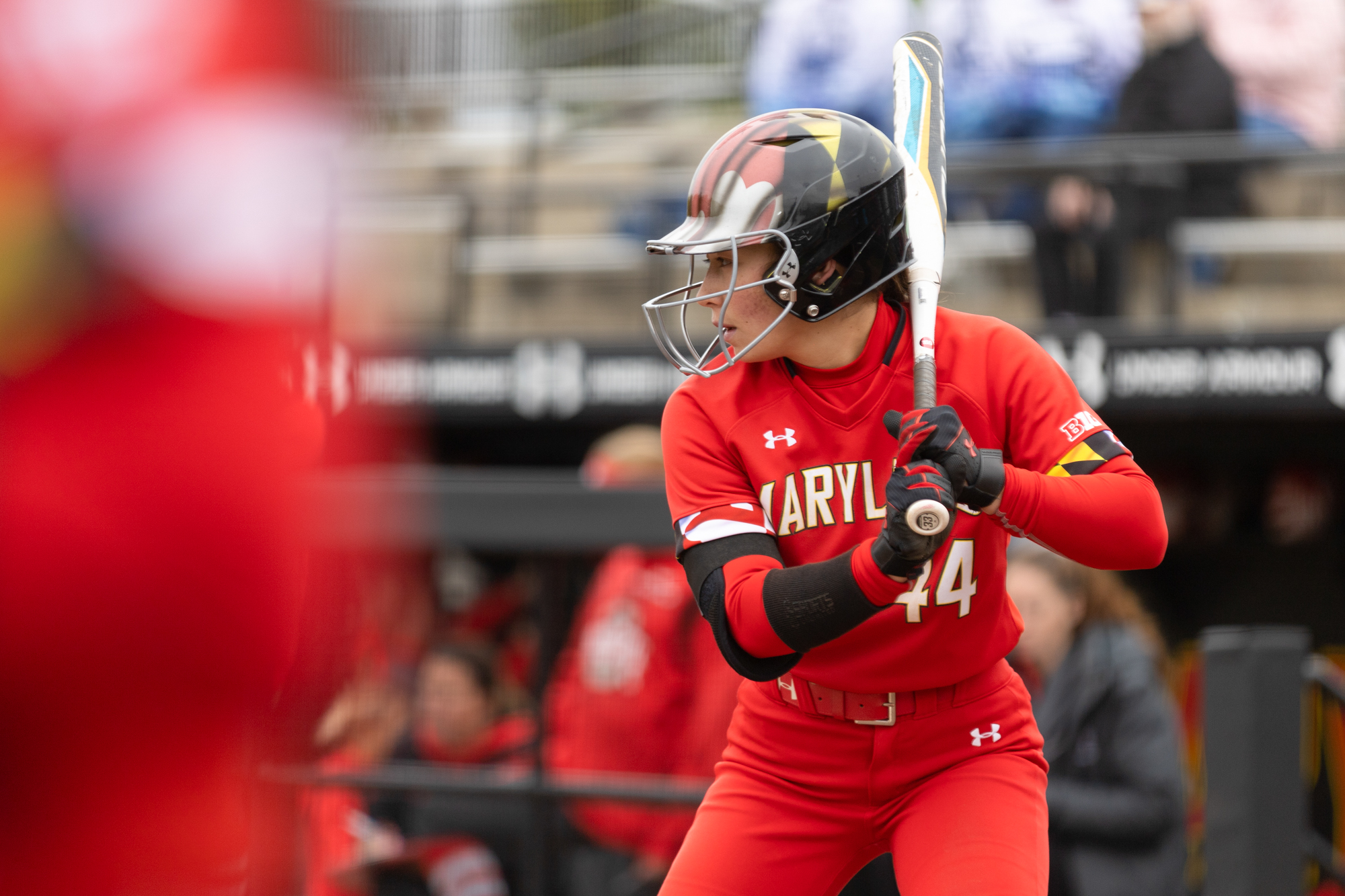 Megan Mikami at bat during Maryland softball's 5-8 loss to Ohio State on May 8, 2022. (Riley Sims/The Diamondback)

For the first time since 2018, Maryland softball’s season will continue beyond the regular season.

Closing the season, the Terps clinched a spot in the Big Ten tournament for just the third time since joining the conference in 2015 and the first time under coach Mark Montgomery.

“We’ll have our hands full but we’re excited for, at least, the chance,” Montgomery said.

Montgomery’s squad enters as the No. 5 seed, the highest seed the Terps have received since moving from the ACC to the Big Ten. The Terps won six of their eight conference series, with a 14-8 conference record — both feats are the Terps’ best since joining the conference.

Maryland got off to a hot start once Big Ten play was underway. The Terps won each of their first three series for the first time in program history.

A large reason for Maryland’s best Big Ten season to date has been the speed up and down its lineup. The Terps rank fifth in the nation in total stolen bases this season and average 2.5 steals per game — third among Division I schools.

Leadoff left fielder Megan Mikami is a perfect 28 for 28 in steal attempts, the best mark in the Big Ten.

“We’re going to put in work,” Mikami said. “We have stuff to get done in the tournament, and we’re going to work our hardest and try our best.”

Junior ace Courtney Wyche thrived once the calendar reached April, a key for Maryland’s strong close to the regular season. In 63 innings since the start of April, Wyche has allowed just 12 earned runs — a 1.33 ERA.

Maryland battled inconsistencies at the start of 2022, as the Terps started 12-14. Since then, they’ve flipped a switch.

2021 Big Ten Freshman of the Year Jaeda McFarland’s season was a microcosm of the Terps’ campaign, starting off 2022 slowly and entering conference action riding a .254 clip. McFarland has since raised her batting average above the .300 line at .309.

The Terps have improved at putting together consistent strings of games, running off of multiple winning streaks down the home stretch of the regular season. Maryland went on three different winning streaks of more than two games, keeping its momentum rolling against a bevy of opponents.

“What you want to do is get hot at the right time,” Montgomery said. “We need the next one to be hot so hopefully, we can go get us two or three good games in a row and be the best version of ourselves.”

The schedule of the Big Ten tournament poses distinct challenges for Montgomery’s squad. If Maryland was to defeat No. 12 Michigan State in the first round, the Terps would play the following day against No. 4 Michigan.

If the Terps continue their strong finish to the regular season and go on their fourth four-game win streak of the year, they will be continuing their run even further — with a bid to the NCAA  tournament on the horizon. 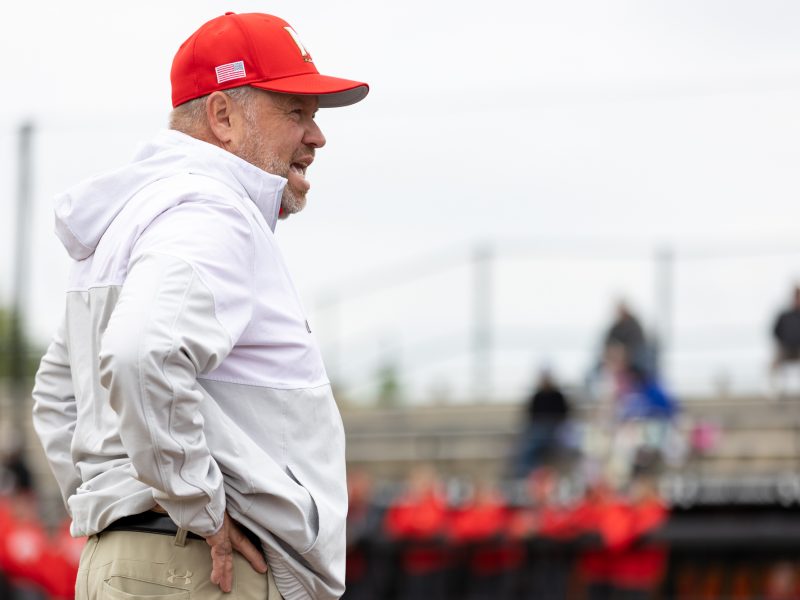