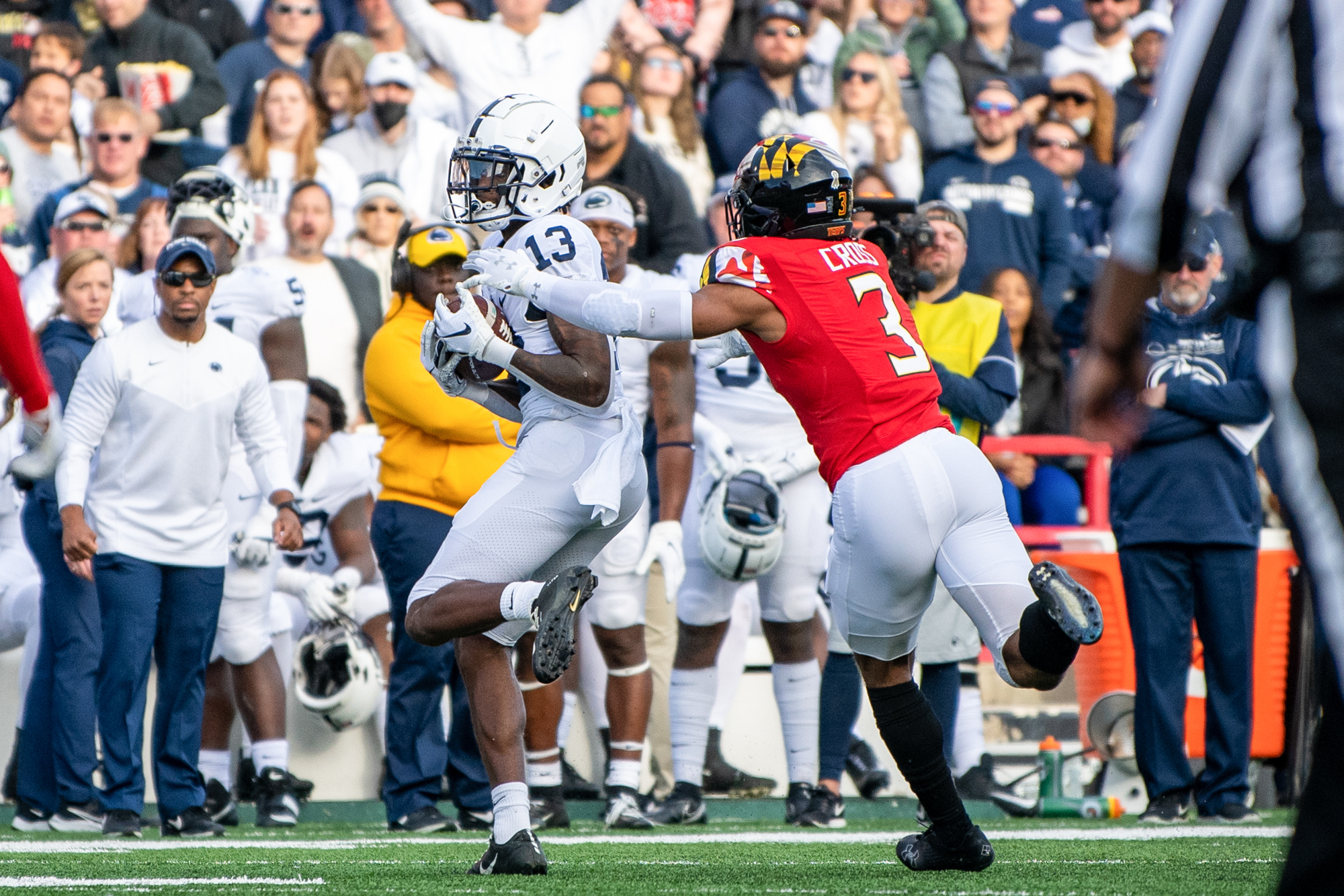 Back in March, Nick Cross turned heads as a prospect in the NFL Scouting Combine at Lucas Oil Stadium in Indianapolis. Now he’ll be turning heads there full-time as an NFL player.

Former Maryland safety Nick Cross was selected by the Indianapolis Colts in the third round of the 2022 NFL Draft with the 96th overall pick.

He is the first player from Maryland football off the board, marking the fifth straight year that a Terp was drafted. He is also the third safety drafted out of Maryland in the last four years.

Cross played three years for the Terps, becoming a mainstay of the defense in his freshman year. He appeared in 29 of the Terps’ 30 games over the past three seasons, and started 21 times at safety.

In his freshman campaign, he led the team in interceptions and pass breakups, earning the first of three consecutive All-Big Ten Honorable Mentions.

Cross truly broke out in his sophomore season after Maryland’s 35-19 win over Penn State. He led the team with eight tackles alongside a 10-yard strip-sack and an interception.

In his junior year Cross was a force in the secondary, leading the team in picks, recording the second-most tackles on the team and notching three sacks. He punctuated his Maryland career in the Terps’ Pinstripe Bowl victory with a 12-yard strip-sack that allowed Greg China-Rose to grab a scoop-and-score.

Cross didn’t travel too far from high school to join Maryland, coming just a few miles down the road from DeMatha Catholic. He was a consensus four-star recruit and the top-ranked player in Maryland.

He was also a track star for DeMatha and eventually the Terps.

On Jan. 5, Cross announced his intentions to forgo his senior year and enter the 2022 NFL Draft.  Just a few weeks later, he announced he’d been invited to the NFL Scouting Combine.

Highlighted by a 4.34-second 40-yard dash — the top among safeties at the combine — Cross’ draft stock skyrocketed after his performance in Indianapolis.

Officially a 4.34 for Nick Cross — fastest among safeties.

That means both of Maryland’s reps in the NFL Combine (Cross and TE Chig Okonkwo) posted the top times in the 40 for their respective positions. https://t.co/0buMUUJbWu

His physicality mixed with his tremendous speed made Cross a highly-touted prospect. And now he’ll test his luck on Sundays with Indianapolis.

The Colts traded up to select Cross, shipping a 2023 third-round pick and the 179th pick in the 2022 draft in order to select the safety.