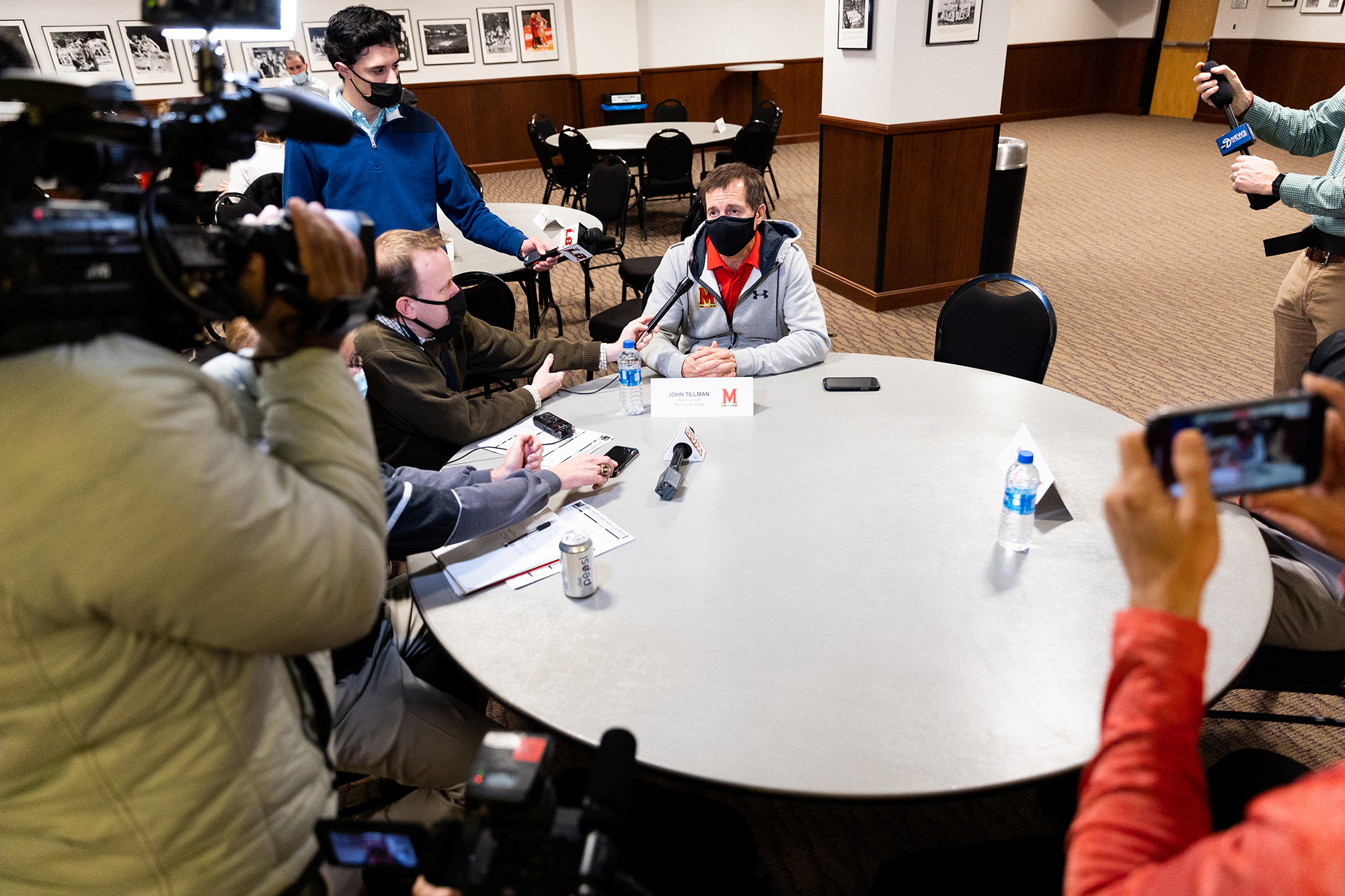 Chief among the recipients was Logan Wisnauskas, who was named Big Ten Offensive Player of the Year. The fifth-year attacker has scored 40 goals — the joint-most in the conference — and has notched 70 points in 12 games this season.

He broke Maryland’s career points record against Rutgers on April 10, and currently sits on 307 points for the Terps. Wisnauskas is also one of 25 Tewaaraton Award nominees, earning the honor for a second consecutive year.

Luke Wierman earned the Big Ten Specialist of the Year Award. The junior has dominated the faceoff X, winning 65.8 percent of all faceoffs this season. That tally is good enough for the second-highest faceoff winning percentage in the nation.

Wierman is closing in on the single-season record for faceoffs won, currently set by Curtis Holmes, who won 222 faceoffs in 2011. The faceoff specialist has won 206 faceoffs so far this year, the third-most any player has won in a season in program history.

Wierman has also added eight goals and three assists in 12 games and made the list of Tewaaraton Award nominees with Wisnauskas.

The star of a rock-solid Maryland defense, Brett Makar was named the Big Ten Defensive Player of the Year. The senior has contributed to a defensive unit that’s limited opposition to an average of only 9.58 goals per game.

Makar rounds out the Terps’ three names nominated for the Tewaaraton Award, which Maryland has housed the winner of twice since 2017.

At the helm of the program, coach John Tillman was unanimously selected as Big Ten Coach of the Year. In his 12th season with the Terps, Tillman has guided Maryland to an undefeated regular season for the second straight year, earning the No. 1 seed in the upcoming Big Ten tournament.