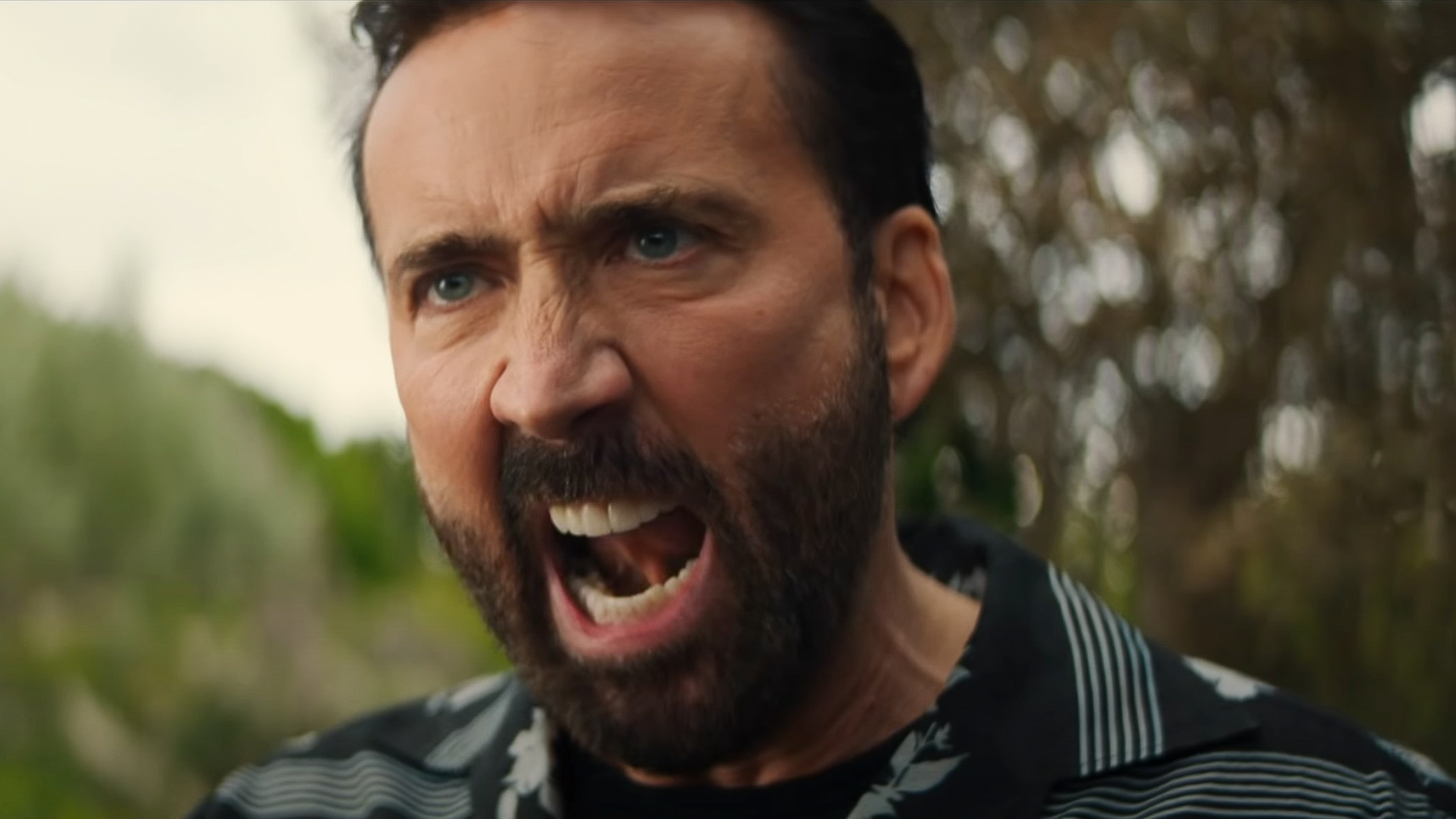 The Unbearable Weight of Massive Talent challenges the audience to sit comatose and absorb an hour and 46 minutes of fun movie elements, without thinking too hard about what they’re ingesting.

Nicolas Cage plays a fictionalized version of himself, appropriately named Nick Cage, a washed up and undeniably talented goliath of the big screen who spouts thespian smugness from every pore. Cage, the character, finds an unlikely and heartwarming friendship with Javi Gutiérrez, played by Pedro Pascal, a Spanish billionaire who pays Cage to come to his birthday party.

Cage begins the movie as a sour, self-absorbed actor who seems to have an arc ahead of him. My interest peaked when Gutiérrez brings Cage to a cliff and begins acting out a scene, saying they are being chased. Cage is unamused, feeling duped, wanting to go home and be done playing party clown for a billionaire.

“Whether you like it or not, you have a gift,” Gutiérrez says to Cage, trying to convince him not to retire from acting. “And that gift brings light.”

Cage then reluctantly starts acting the scene with Gutiérrez, and they get into it, and they jump off of the cliff to escape imagined pursuers. And Cage complains the cliff was higher than he thought.

This is where my investment in the plot neared its own cliffside. I hung on to the hope that this was a fun comedy exploring two characters with way too much money and clout. And then I remembered that a CIA character Vivian, played by Tiffany Haddish, had already shown up to turn this into another high-octane action spy ticket-seller.

Cage and Gutiérrez begin writing a screenplay together, and the audience is given tastes of their chemistry in LSD-fueled brainstorming sessions in a convertible. One of them, before being spooked by a couple of elderly men drinking espresso and embarking in the first of three chase scenes, says, “I can’t stand talky comedies, it’s gotta have some plot to move it forward.”

And that is when I had a sharp and painful thought: Are they writing this fucking movie?

They were indeed. And thus any semblance of a grounded friendship story rediscovering the creative passion of moviemaking is eschewed for a high-octane spy thriller with kids being napped and guns being blazed.

And if that sounds complicated, that’s because it is. Unnecessarily so.

Vivian justifies the kidnapping and action sequences as marketing tools for “trailer moments,” providing a rare in-fiction reason for portions of the movie feeling lazily grafted onto an existing plot.

The Unbearable Weight of Massive Talent spends much of its runtime feeding suffocating bites of Nicolas Cage references. Die-hard fans of the man should see it and have a blast.

This is a Nick Cage film-for-the-fans that kneels down and kisses his feet with every mention of his previous work. But it is built on the shoulders of Pascal, who shines invariably in every scene.

The meta narrative in The Unbearable Weight of Massive Talent certainly makes it more interesting than a straight up-and-down spy comedy, but it feels like a solution to a tone problem. Wanting big chase scenes and spycraft and guns, but also wanting Pascal and Cage crying as they watch Paddington 2 together.

A simple telling of their friendship and growth could have been an excellent film, though that would lack “trailer moments.” The meta turn also opens a lot of questions for the audience, most glaringly, I was taking notes and still don’t know precisely when it shifted from the story of them writing to the story they were writing. If it did at all. The very end cuts to a screening of their movie, including a self-congratulatory standing ovation, so maybe everything before was their script, and these are essentially fresh characters in the theater. But then how are we meant to care about Cage enjoying movie night with his family having grown as a person if this is the first time we are seeing the real guy?

But The Unbearable Weight of Massive Talent isn’t the type of film to sit and answer your questions, guiding you through a well-crafted world in which things have order and consequence and emotional weight. It’s the type of film that hands you a pile of great chemistry, decent gags and a loose family theme, insisting that’s all it takes to make a movie. I walked out of the theater wanting to watch Paddington 2.