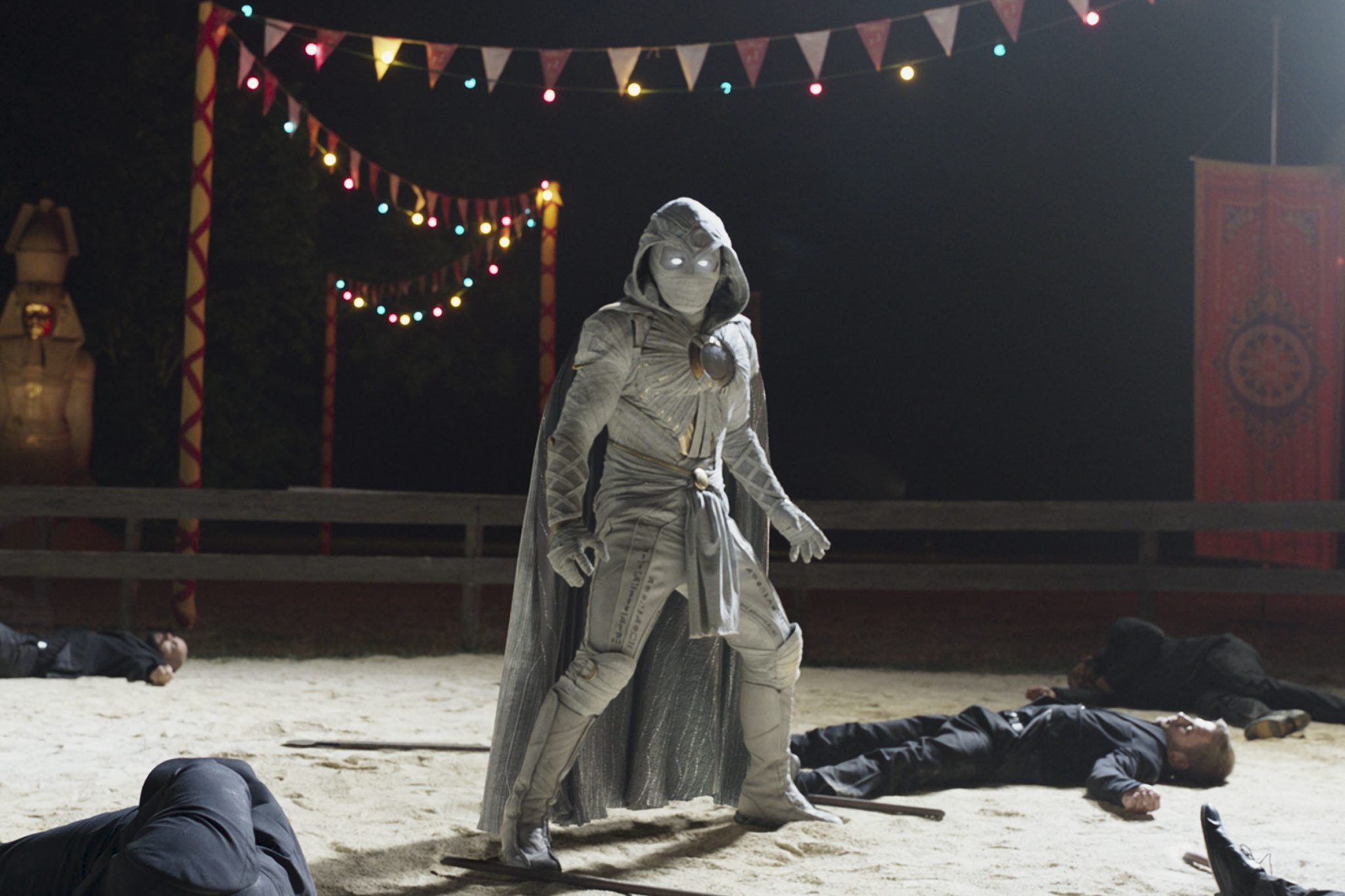 The world is halfway through Marvel’s newest TV series, Moon Knight, and the surprises have been never-ending. Starring Oscar Isaac, who has previously played Poe Dameron in Disney’s Star Wars franchise, the show dives into some of the lesser-known deities of Egypt. During the first three episodes, the show has introduced a fleshed-out drama storyline while keeping a little bit of lighthearted comedy, as is expected from Marvel.

The first episode starts off … insane, for lack of a better word. We see a character, who is later shown to be a villain, walk in shoes filled with glass. The show cuts to the first character Isaac plays, a British museum gift shop employee and Egypt enthusiast named Steven Grant. He has a big secret; some days, he wakes up in a completely different place with no memory of the previous night.

The episode spends a good amount of time establishing just how “normal” Grant is as we watch him call his mom, almost miss the bus and be insulted by his boss in rapid succession. The normal is sharply contrasted just a few minutes later, as Grant wakes up in the middle of a field with a broken jaw and a weird voice in his head. He witnesses Jack Harrow — with the glass in his shoes — kill a woman for her future sins. Violence ensues, with Grant coming in and out of consciousness in a surprisingly comedic fashion and often covered in blood. More and more questions come up as he wakes up in his bed two days after falling asleep with a new fish. He unwisely decides to follow the trail of questions and almost gets himself killed at the end of the episode. We’re finally introduced to the other soul in his body, Marc Spector, the Moon Knight.

The next two episodes give a firmer introduction to the morals and goals of the villain and hero, with Grant entering Harrow’s “lair” and, in true superhero fashion, being told the villain’s entire plan. We are introduced to the gods on each side, who are using the bodies of Grant and Harrow to accomplish their purposes. Harrow serves as the avatar for Ammit, who wants to eradicate evil before it shows up. Spector, using Grant’s body, serves as an avatar for Khonshu, god of the moon.

During the second and third episodes, whenever one of them is using the body, the other soul can communicate using surrounding reflections. It feels like a horror movie when Spector and Grant don’t mirror each other, but the reflections are a creative way of seeing both characters in the body at once. We also begin to see the world from Spector’s perspective, allowing us to understand more of what’s happening during the show.

Isaac does a phenomenal job of playing two insanely different characters. Spector is tough, dark and violent, while Grant is reminiscent of a toddler at times. He does prove himself to be useful sometimes, including when he summons his own version of the suit for the first time (also one of the most comedic scenes of the show) and helps to unscramble some puzzles in the third episode. The costume design, accents and lighting help create the dichotomy between the two characters, but Isaac uses his body language and acting skills to show why he was the perfect choice for the role.

Marvel’s Phase Four has forced characters into morally gray situations and added a new nuance to the superhero world. Peter Parker messing with the multiverse in No Way Home, and Wanda Maximoff altering an entire town in WandaVision being a few of them. There are obvious issues between Spector and Khonshu, and while I appreciate the balance of Spector being evil and good at the same time, the show has the same pitfall as the rest: I’m not convinced Harrow or Ammit are the villain of the story. I hope they’ll be able to fix that in the next half of the season and give me more of a reason to support Grant/Khonshu/Spector, the supposed protagonist of the story.