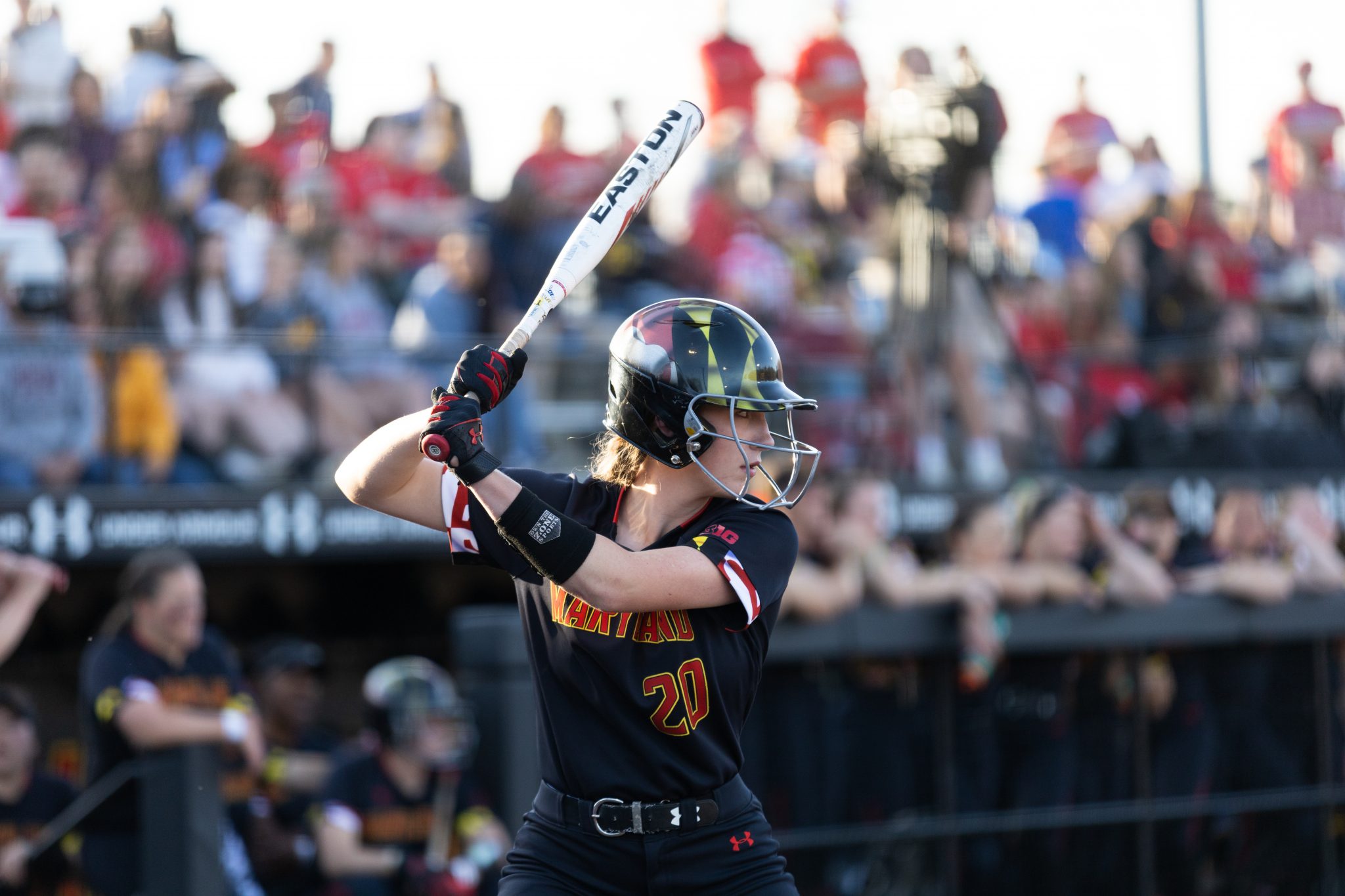 Michigan used a three-run first inning to maintain a 4-0 lead entering the bottom of the fourth when Maryland finally got on the board, cutting its deficit to three.

But the Wolverines instantly responded. Two singles, a double and a triple allowed Michigan to blow the game open in the fifth, scoring three runs to go in front by six.

The Terps’ lack of offense — paired with poor pitching and defense — led to a defeat at the hands of the Wolverines, 9-2.

“Bad start. You can’t make errors. Two errors and three hits in the first inning, and [we] just weren’t sharp,” said coach Mark Montgomery. “You give Michigan a three-run head start and it’s tough. You’re playing catch up the rest of the game.”

The loss sent Maryland to its first conference series loss of the season. The Terps opened Big Ten play with three-straight series wins.

Maryland softball faced off against No. 21 Michigan in the rubber match of a three-game series. In game one, the Terps scored in the first inning and led the whole way, downing Michigan 5-1. Game two was a different story, as the Wolverines defeated Maryland in extras, 5-3.

The winning pitcher of game two, Meghan Beaubien, started for Michigan. Beaubien fired 2 ⅓ scoreless innings in relief on Friday, and looked to pick up where she left off to start the series finale.

Haley Ellefson got the start for the Terps, her first work in the circle in the series. The Wolverines got off to a quick start, scoring off Ellefson just four batters into the game.

[Maryland softball rallies late but loses in extra innings to No. 21 Michigan, 5-3]

Melina Livingston was hit by a pitch with one out, and Hannah Carson followed with a line drive single into right that got under the glove of Merissa Borkowski. As a result, Livingston and Carson advanced to third and second as Taylor Bump stepped up to the plate.

Bump roped a shot into the gap between Borkowski and Jaeda McFarland in right center that rolled to the wall, easily scoring Livingston and Carson to give Michigan a 2-0 lead.

With two outs in the first, the Wolverines had runners at the corners. Annabelle Widra stole second as the throw went over the head of Taylor Okada in front of the bag, allowing Bump to race home from third to extend Michigan’s lead to three.

A three-run first inning was all Montgomery had to see from Ellefson before going to the bullpen. Trinity Schlotterbeck entered in relief of Ellefson in the second.

“[My entrance] was expedited a little bit, we wanted Haley to throw three or four, but I came in [early],” said Schlotterbeck.

“I was going out there trying to throw my best, give it all I had, so I didn’t really try to change anything,” Schlotterbeck said on playing from behind.

Like Ellefson, Schlotterbeck allowed a run just four batters into her outing.

Audrey LeClair and Burkhardt started the inning with back-to-back singles, and Livingston followed with a fielder’s choice for the first out of the frame. That brought Carson to the dish, who connected on her second hit of the day in as many at-bats.

Schlotterbeck settled in following Carson’s double as she retired eight of the next ten batters faced, keeping the game within striking distance for the Terps.

Okada stepped up to bat as Kamryn Davis stood 60 feet away at third with two outs in the fourth. Okada blooped one just behind the infield dirt that couldn’t be corralled by a stumbling Ella McVey at short. Davis crossed home, cutting Maryland’s deficit to three at 4-1.

Michigan broke the game open in the fifth.

Following a first pitch groundout off the bat of Lauren Esman, Widra hit one just past the diving glove of McFarland in center for a double. Ellie Sieler drove home Widra on a single to center, restoring the Wolverines’ four-run lead.

Later in the frame with two on and two outs, Burkhardt put a charge into one to dead center. The ball bounced off the wall as Burkhardt raced around the bases into third, notching a triple. Sieler and McVay both scored, giving Beaubien a six-run cushion when she went back into the circle in the bottom of the inning.

The Wolverines added a run in the top of the sixth.

With runners on the corners, Widra flew out to McFarland as she made a diving catch in center. Kaylee America Rodriguez was still able to tag and score from third, upping Michigan’s lead to 8-1.

McFarland hit a no-doubt solo home run to right center in the bottom of the sixth, trimming Maryland’s deficit back down to six.

Carson notched her third hit of the game in the top of the seventh to bring home the ninth Michigan run. She lined a single into center to score LeClair, giving the Wolverines a 9-2 lead.