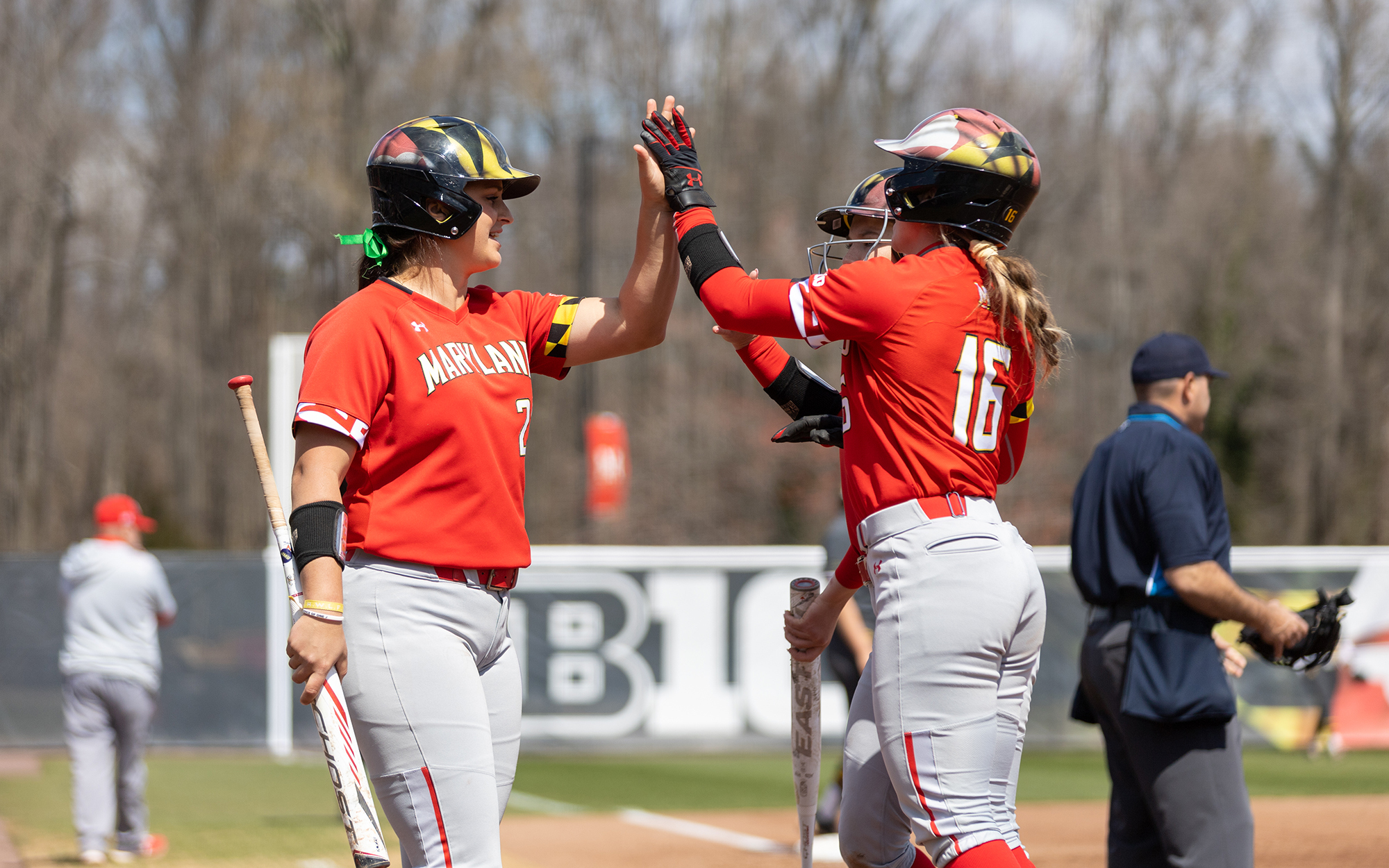 Maryland softball and Purdue each plated a run in the first, but the scoring stopped over the next few innings. Entering the fifth, the game was still level at one.

Not a single Terp reached base since the first, that was until Kiley Goff cruised into second with a one out double in the fifth. Goff moved 60 feet closer to home on a passed ball, and later scored on a Megan Mikami single down the left field line, giving the Terps a 2-1 lead.

Mikami’s go-ahead single was all Maryland needed as Trinity Schlotterbeck shut down Purdue over the final few innings, clinching the series victory as the Terps downed the Boilermakers, 2-1.

Maryland battled against Purdue in the rubber match of a three-game series. The Terps and Boilermakers split Saturday’s doubleheader, setting up a decisive Sunday matinee in West Lafayette, Indiana.

Alex Echazarreta started for Purdue, just like she did in game one of the series. In her last start, Echazarreta fired 6 ⅓ innings of two-run ball en route to the win, her ninth of the year.

While the Boilermakers started an arm already used in the series, Maryland went another route, putting Haley Ellefson in the circle for her first outing against Purdue.

Maryland got to Echazarreta in the first.

With one out, Jaeda McFarland worked a full count walk and Mackense Greico reached on an error, sending Schlotterbeck into the batter’s box with two on. Schlotterbeck roped a double over the head of Kiara Dillon in center, easily scoring McFarland for the first run of the game.

Like in game two of the series, Michaela Jones stepped up to bat in the first with the bases loaded. Only this time, Jones couldn’t crack the game open as she grounded into an unassisted out at third to end the Terps’ threat.

Echazarreta helped herself at the plate in the bottom of the first, driving home Dillon on an RBI-double to right center to tie the game at one.

Schlotterbeck relieved Ellefson in the bottom of the third with the game still locked and fired a one-two-three frame on only five pitches.

After a shaky first inning, Echazarreta retired Maryland in order the next three innings as she settled into the game.

Goff roped a one-out double down the left field line in the top of the fifth, the first Terp baserunner since the opening inning. Goff advanced to third on a passed ball during the next at-bat, giving Maryland a golden chance to retake the lead.

Mikami drove home Goff on a single, putting Maryland ahead, 2-1, in the fifth.

Schlotterbeck cruised over the final three innings, securing the win for the Terps.

In five innings of relief, Schlotterbeck allowed only one hit and struck out four, a beautiful bounce-back performance following her game-one loss.

The victory over Purdue clinched Maryland’s third straight conference series win, and the Terps improved to 7-2 in Big Ten play.