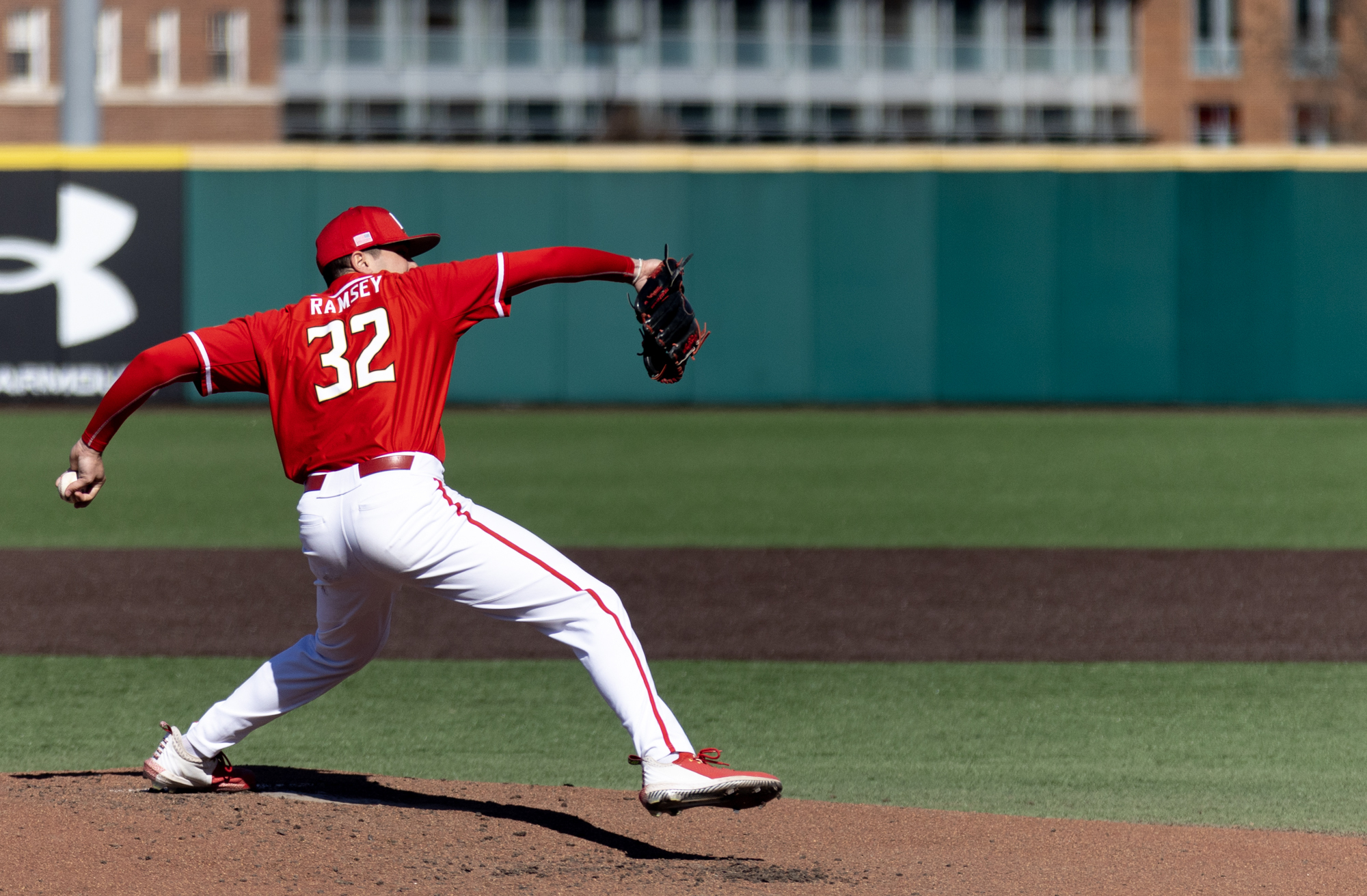 With the tie-breaking runners on for Minnesota in the eighth inning, the Terps needed one out to hold onto their lead. Dave Falco came in, and landed it.

Falco needed three more outs to quell a surging Gophers team feeding off a previous lackluster relief performance by Maryland’s other throwers on the day. And when the Terps needed it, Falco locked in and wrapped the game with three batters strolling to the dugout.

Fighting off a last-minute rally by the Gophers with stellar closing pitching, Maryland snuck by Minnesota, 5-4.

Coming off an explosive matchup that featured multiple homers from both squads, the Terps and Gophers came back to earth in a potential series-clincher for Maryland.

Sloppy play dominated in the first inning as both teams earned an out via messy base-running between first and second. Luke Shliger lost his shot at advancing with a delayed steal on a bobbled ball at home, landing well late at second.

Shliger then redeemed himself in the bottom of the inning with a gunned ball to second that grabbed the out in a similar fashion, this time ending the frame.

Gophers right-hander J.P. Massey struggled with control issues as he loaded up several batter counts and walked a pair of batters in the second. Maryland looked to take advantage, loading up the bases.

But the bottom of the batter’s lineup came up, and the Terps’ luck ran out. Zach Martin and Kevin Keister punched out to strand a trio of runners.

The scoring spurt would have to wait. But after a consolation run off a wild pitch in the third to make it 1-0, Maryland wouldn’t have to wait long as the fourth crested.

Jumpstarted by a Troy Schreffler single and a Martin walk, the bottom of the Terps’ lineup redeemed themselves as Keister cracked an RBI single to center to kick off the rally.

Shliger then walked to load the bases. And this time, the right batter posted up in the box.

Chris Alleyne smashed a powerful infield shot to the deep left-field gap and drove in a pair of runs in a crucial scoring moment. Nick Lorusso capped off the inning with a bullet down the middle of the infield that a Gophers fielder couldn’t corral to score one more.

A 5-1 lead for the Terps loomed large as Ryan Ramsey dealt five innings with only two hits, but five walks allowed as he cracked late in his outing. Despite a season-high in walks for the left-hander, he threw well enough to maintain Maryland’s modest lead.

But Andrew Johnson took his place and struggled mightily as he hit two batters and walked one to land himself in a jam with the bases loaded. Sean Heine managed the last out, but not before Minnesota grabbed a run to bring itself closer.

[Transfer Nick Lorusso is making his mark on Maryland baseball]

Nigel Belgrave found plenty of trouble as well. Multiple mistakes spelled runs for Minnesota as a walked batter crossed home on an RBI triple just moments later, and then an RBI single narrowed the Gophers’ deficit to one.

Maryland failed to pad its lead in the eighth and ninth as Minnesota pulled a double-play to help end the inning after. The Gophers had three outs to grab one run as Dave Falco now had the mound after closing the eighth.

Three came up, and three went down as Falco earned the save and Maryland’s 25th win.