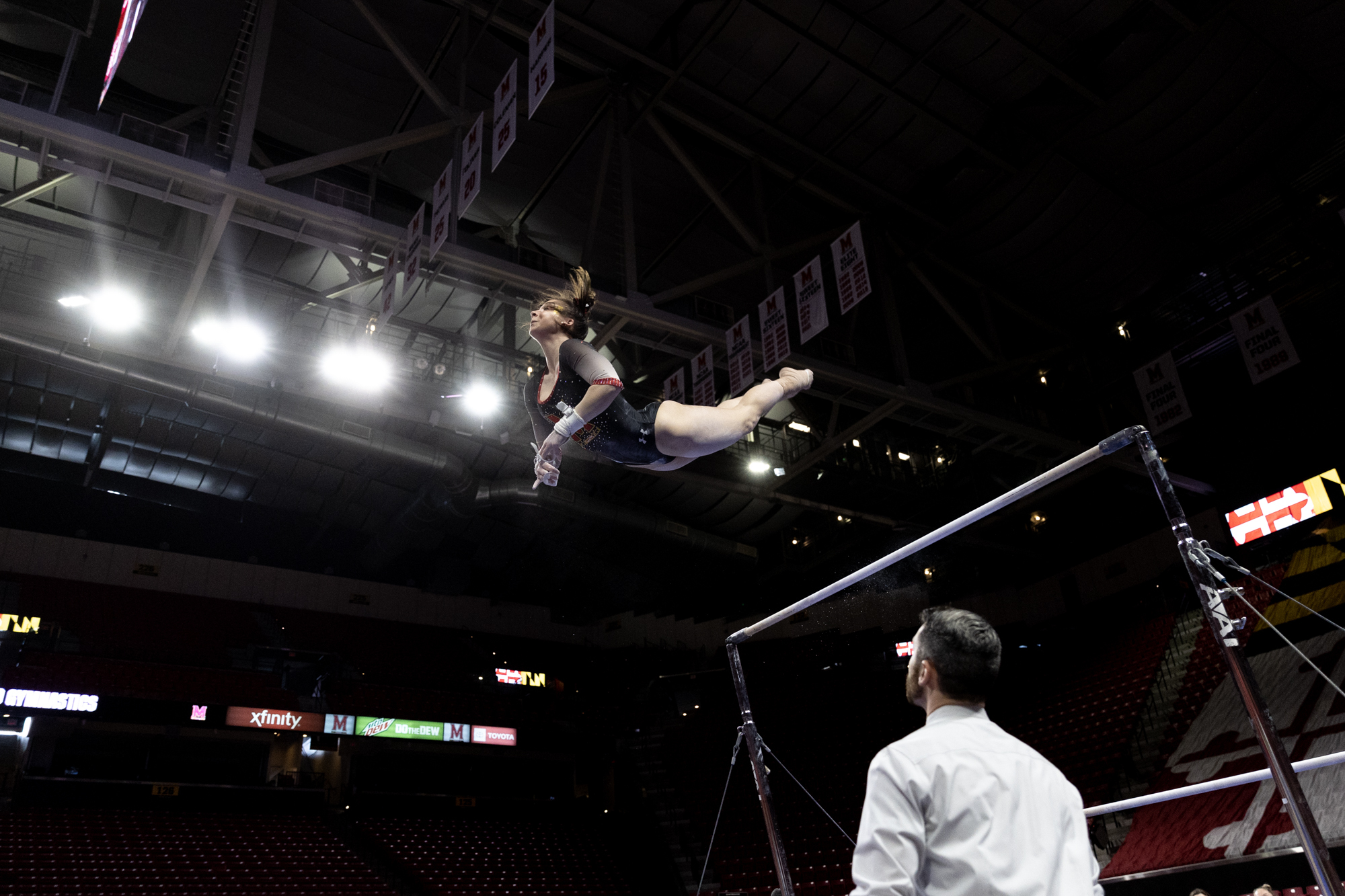 Maryland gymnastics has competed in the NCAA Regionals in 24 of the seasons since the competition’s introduction in 1982. Still, it has yet to make an appearance in the regional final.

And although making their debut is no short ask, that’s what the No. 20 Terps aim to do Thursday.

Maryland battles No. 3 Michigan, No. 14 UCLA and No. 35 North Carolina, with the top two of that quad advancing to the final.

While Maryland isn’t the favorite, it may be one of the best chances at the regional final that the Terps have had in recent memory.

Despite having a historically-high-scoring season across the board, Maryland has held its own, and even outpaced rise.

Entering the 2022 season, Maryland’s National Qualifying Score had yet to surpass the 196-mark. That figure was not just passed, but shattered. The Terps boast an NQS of 196.765, giving them that 20 spot in the national rankings, their highest since 2001.

Unlike last season, the Terps received a first round bye, since staying outside the bottom two of their region lets them avoid a play-in style first round meet to give them a little extra rest.

North Carolina had to compete in that on Wednesday against No. 33 Towson, and came out victorious, giving them a regional semifinal berth.

Although they aren’t the favorites, the Terps have a pretty big upset under their belts already this season with their Valentine’s Day victory over then-No. 7 Minnesota.

That upset came before arguably the best stretch in program history throughout March, including three consecutive 197’s, giving the Terps three of their top five all-time scores in the span of seven days.

So Maryland knows it can compete and aims to carry its established momentum with them rather than dwell on its opponents’ prowess.

“When we get down to regionals, wherever it is, and whoever it’s against, I know that they’re going to give everything they have, because that’s what they’ve done since the first day of practice in September,” Nelligan said.

Still, the Terps’ opponents play a big part of their odds to move on. To do so, Maryland would have to outscore two of its three opponents, meaning an upset of either Michigan or UCLA would be needed.

Michigan is the reigning NCAA champion, and the Wolverines have continued their dominance this season. Currently ranked third, Michigan has displayed high-scoring outings as well as tremendous consistency.

Michigan’s outlier low score was a very respectable 196.475 — outside of that, its second-lowest score this season resulted in an astounding 197.600, which would be Maryland’s top all-time score.

Additionally, the Wolverines have posted three scores of 198+ this season. Only four teams in the country have done so at least three times.

Nine teams have hit the 198 mark at least once, and UCLA is one of them. But unlike Michigan, the No. 14 Bruins have shown some inconsistencies this season, even in the latter part of their campaign.

Still, when looking at both Maryland and UCLA’s last five meets, the Terps don’t sit too far behind.

The Terps averaged 196.860, while the Bruins’ average was 197.060. The median in that frame for Maryland is 197.025 and UCLA’s is 197.125. With such close numbers in a sport determined by tenths, one less wobble on beam or one more stuck dismount off of bars could be the difference.