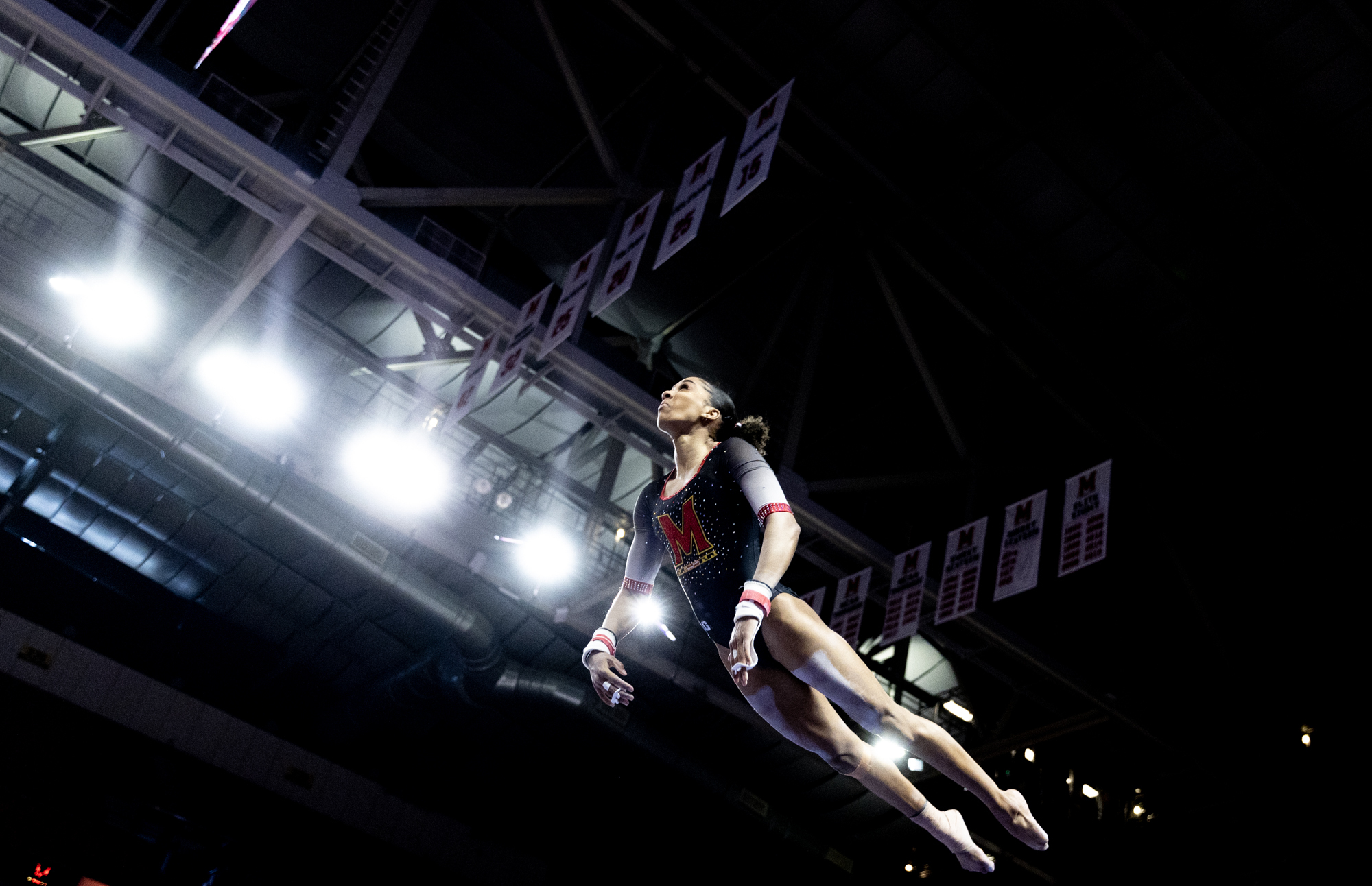 Audrey Barber floats in the air during her bars routine during Maryland gymnastics' win at the Terp Quad on March 13, 2022. (Julia Nikhinson/ The Diamondback)

Audrey Barber has earned many accolades throughout her time as an integral contributor for Maryland gymnastics.

And with it all, Barber has earned a high level of distinction on the national level — now, the fifth-year senior can add All-American in front of her name.

Barber ranks No. 12 nationally for the All-Around, garnering her Second Team All-American honors.

Barber has said she’s been surprised with how great this year has been. On top of her individual success, the Terps are the No. 20 team in the country heading into regionals.

If Maryland finishes in the top-20, it would mark the first time for the program since 2001.

And much of that would be thanks to Barber’s success.

Barber has made jaw-dropping routines a habit, while remaining consistent, with less-than-impressive performances being an anomaly.

And while this year could be considered magical for Barber and the Terps, her greatness was foreseen far before the 2022 campaign.

“There were some moments her freshman year of competing [that] we were like, ‘wow’,” coach Brett Nelligan said ahead of the 2022 season. “She had that winner’s attitude, that extra gear that super successful athletes have that when the game was on the line, or when we had our toughest opponent or the lights were the brightest, she was a little bit better that day…When we saw that as a freshman, we knew that she was something special.”