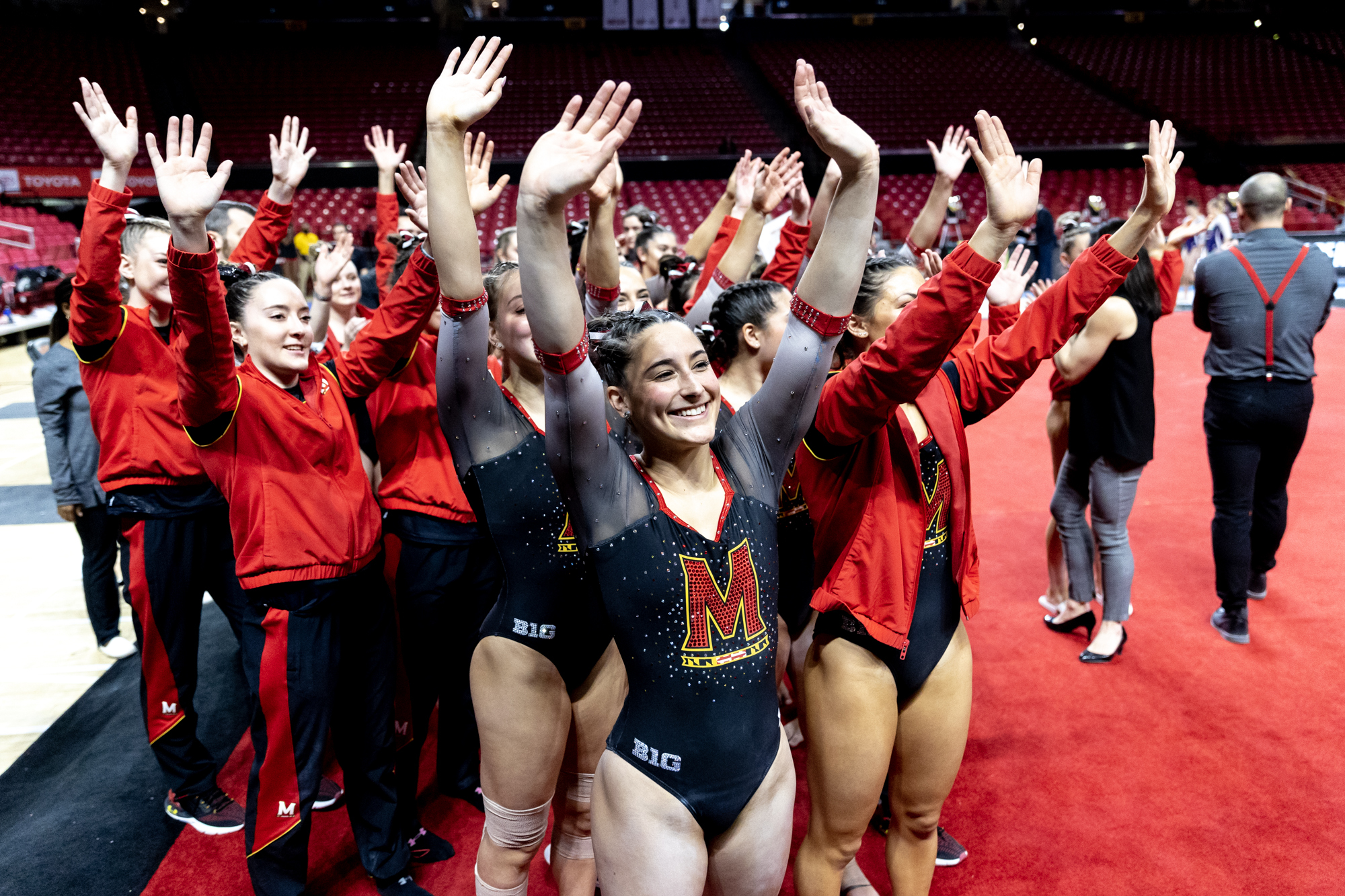 Maryland gymnastics head coach Brett Nelligan has continuously described the importance of his team keeping its foot on the gas after a successful rotation to carry momentum from one event to another.

But after a 49.250-point rotation on vault, where all six gymnasts scored 9.8+, the Terps were forced to slam the breaks.

In the third rotation, Maryland had a bye. Rather than riding the wave of a good vault performance, they sat on the sidelines eagerly for about twenty minutes, watching four conference opponents compete while its sizzling start simmered.

Maryland gymnastics entered the Big Ten Championships coming off of its top two bars scores in program history. But after a bye in the third rotation, the Terps got off to a slow start on their best event, which ranked No. 13 nationally heading into the day.

However, the back-half of the bars lineup changed the tone for Maryland, turning what could’ve been a disappointing score into a solid one, posting 49.200.

While the Terps snapped their three-meet streak of 197-point performances, their score of 196.450 led them to a second-place tie in the afternoon session of the historically challenging Big Ten Championships.

What was able to save Maryland and give the Terps a solid outing was the back halves of rotations.

On bars, Emma Silberman and Aleka Tsiknias put up scores of 9.900 in the fourth and fifth slots, respectively.

Both Silberman and Tsiknias have caught fire on bars. Silberman entered the day coming off of a program-record tying 9.950 in her last outing. Tsiknias has epitomized consistency on bars, averaging 9.900 in the last five meets, with four of the scores being at or above that mark.

Closing out on bars was Barber, who scored 9.825 on bars en route to a 39.350 All-Around performance.  That score marks Barber’s lowest All-Around score in her last six meets, but still gave her a shared-tie of the afternoon’s session top score.

On floor, the Terps’ first rotation of the day, the back three continued to impress as well. Reese McClure scored 9.850, Alexa Rothenbuescher added 9.875 and Barber closed it out with 9.900.

And while Maryland’s tail-end of floor has turned into one of its biggest strengths, it took a while for the Terps to find their fourth and fifth gymnasts to set the table for Barber.

In the four slot was McClure, who wasn’t in the floor lineup for the first seven meets due to a sprained ankle. Since joining the lineup, though, McClure has averaged 9.84, putting up scores higher than 9.80 in four of five meets.

And in the five slot was Rothenbuescher. Despite averaging a score of 9.875 on floor over the last five meets, acting as a secondary anchor for the Terps, her path there hasn’t been the most direct.

Rothenbuescher, a sophomore, did not compete for Maryland in her freshman campaign. She wasn’t scheduled to compete in the Terps’ first meet, either.

But after Tayler Osterhout suffered an injury warming up for the season-opener, Rothenbuescher was put into the lineup, and has hit her groove and her floor has turned into one of the most dependable routines for Maryland.

Those back threes helped turn a meet that wasn’t the best for Maryland into one that could still improve its NQS. Coming into the day at No. 20 with an National Qualifying Score of 196.665, the Terps improved that by a tenth, as it sits at 196.765 heading into the NCAA regionals, where the Terps will have their matchup announced on Tuesday. 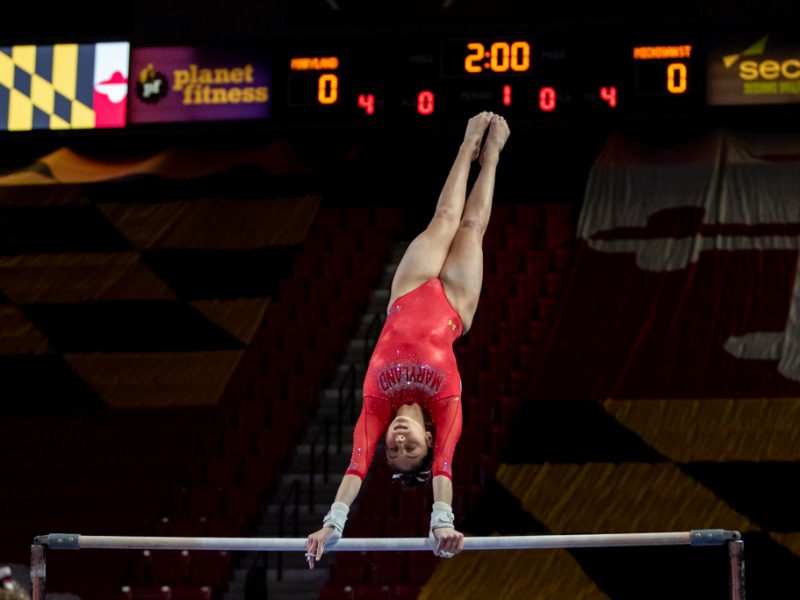