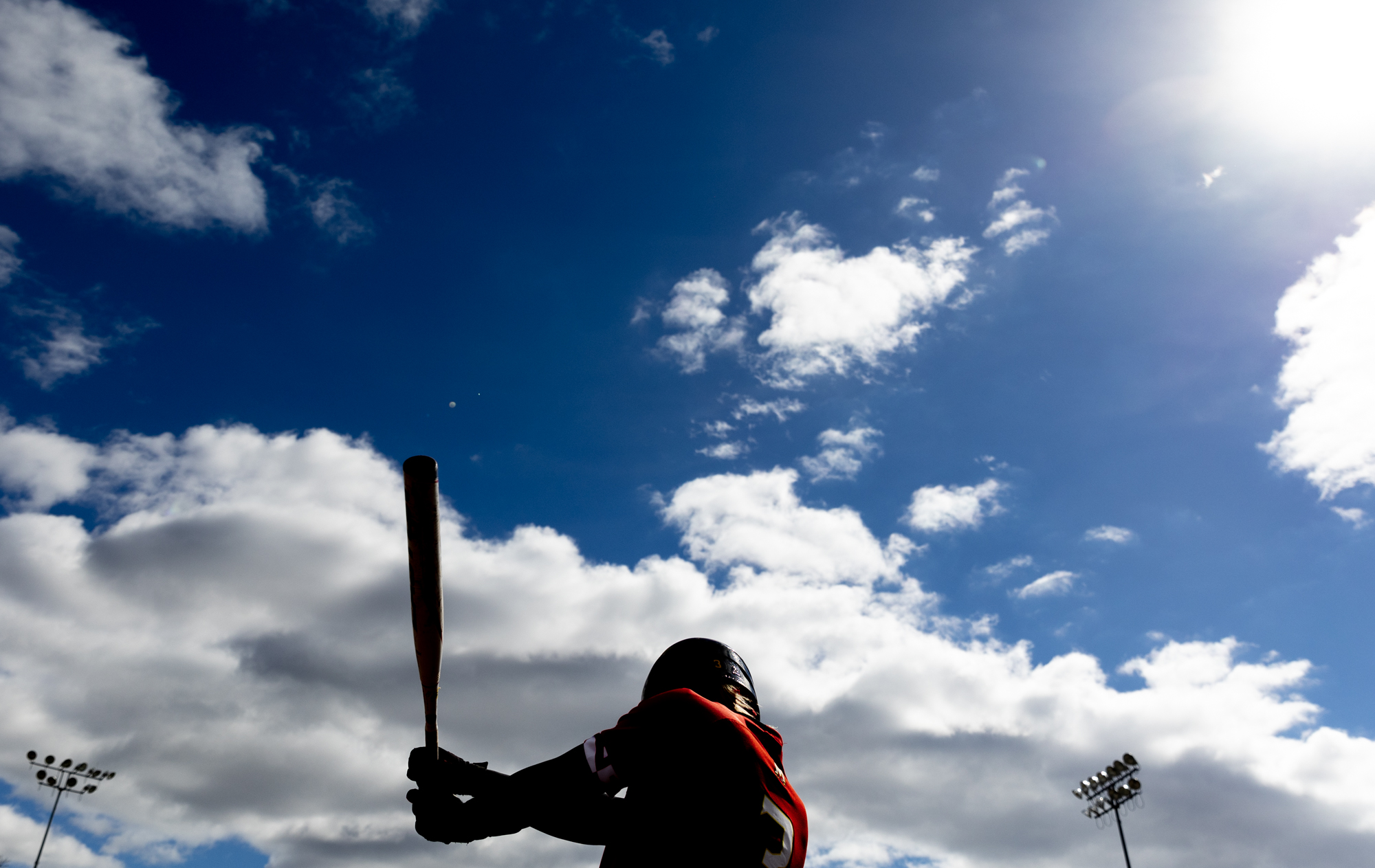 Maryland softball has played a rigorous schedule through the first 30 games of its season. After only six home games, four contests against ranked opponents, six different invitationals and weather issues, Big Ten play is underway.

The Terps’ schedule has left them battle-tested for conference action. After having dealt with adversity seemingly each and every week, the Terps have grown and become closer as a team. As a result, their play on the field has become stronger.

“We’ve grown a lot and sometimes, growth doesn’t happen in a straight line. It doesn’t just go from point A to point B,” coach Mark Montgomery said. “I’ve seen this team grow and I’ve seen it stumble a time or two, but that’s why they’re literally called ‘growing pains.’”

In their opening conference series last weekend against Penn State, the Terps defeated the Nittany Lions in games two and three after dropping the first.

The first game of the series between Maryland and Penn State was anything but normal. Thursday’s game started out as a pitcher’s duel — both starters cruised through five innings without a hitch.

But then, nature decided to leave its mark on the contest as heavy rain in the State College area resulted in the suspension of the game, which was resumed the following day before game two of the series.

“The team handled [the weather delay] really, really well, and sometimes that’s really difficult to do,” Mackense Greico said. “The adversity that we faced, we handled it extremely well and I think that shows to the character of the team and our overall growth.”

Maryland and Penn State battled in an extra innings affair in which the Nittany Lions came out on top, 2-1.

Only 30 minutes later, the Terps had to face off against Penn State again — they needed to quickly put their loss in the rearview mirror.

Maryland did just that. Holding a slim one-run lead entering the sixth inning, the Terps’ bats exploded for seven runs to put the game out of reach. Maryland won, 8-3, as the resilience of the team allowed for a quick turnaround.

In the decisive third game of the series, the Terps grabbed a 2-0 deficit after two innings of play.

The Terps’ bats responded with four runs the next inning, but Haley Ellefson gave two runs right back to the Nittany Lions to tie the game. Trinity Schlotterbeck entered in relief and Penn State didn’t threaten to score again.

Schlotterbeck fired four-and-a-third scoreless innings out of the bullpen, allowing only two baserunners in the process.

Maryland defeated Penn State 6-4, won its first Big Ten series, and moved back to .500 in the process.

“I definitely think [winning the series] is huge. It sets a tone for what we’re here to do and what our goals are — and that is to get to tournament and show people what Maryland’s made of,”  Greico said. “It’s time for people to understand that Maryland softball is growing, and we’re climbing, and they should be scared.”

The Terps’ grueling schedule has left them ready for any challenge that lies ahead. Maryland has had its ups and downs, but through it all, the Terps have become battle-tested.

If its first conference series is any indication, Maryland is prepared enough to handle the gauntlet of a schedule that lies ahead.

“[The schedule’s] really challenged us but I think it’s also made us a better team as a whole,” Schlotterbeck said. “I feel like having this day-to-day schedule, this Big Ten schedule where we can play every day, go out, be prepared to just give 100 percent is going to be big for us because we can leave it all out on the field.”