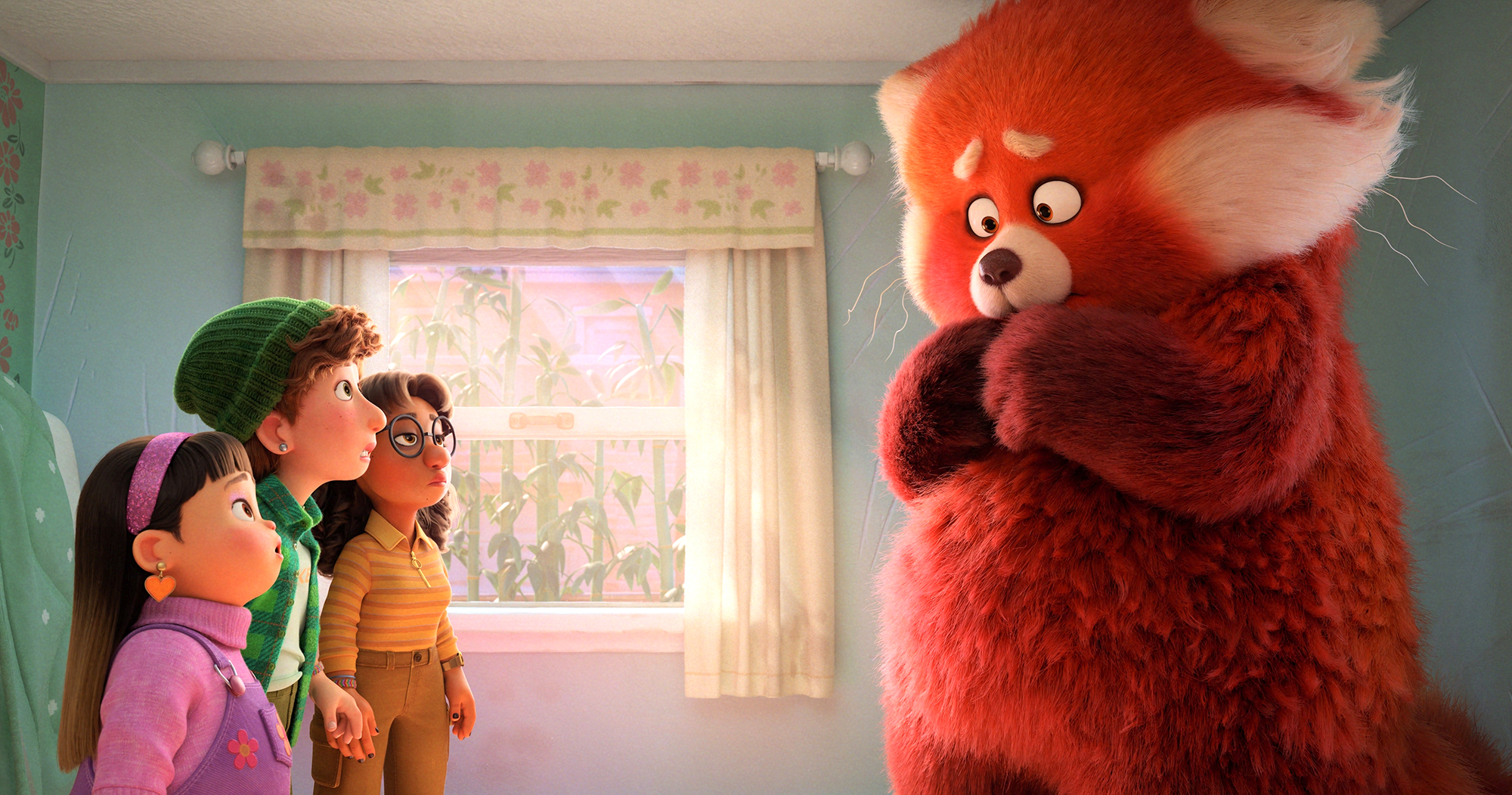 Disney and Pixar’s newest film Turning Red has taken the internet by storm since its release less than a week ago. The film is the studio’s first to be solely directed by a woman and cradles the experiences of the lead production team in its furry paws.

The film follows thirteen-year-old Meilin “Mei” Lee as she goes through what director Domee Shi calls “magical puberty.” Mei wakes up one morning and finds herself transformed into a red panda whenever she gets overly emotional. She learns that the transformation has been passed down from her ancestor, Sun Yee.

In the past, the women in her family have found themselves unable to control their transformations and they end up trapping their red pandas away. Mei decides to use her newly discovered power to her advantage, turning a profit with her merchandising as she and her three friends work to attend a boy band concert.

The film embraces the special awkwardness of being a teenage girl, especially one with an overbearing Asian mother. The exploration of attraction through Mei’s drawings and her obsession with boy band 4*TOWN is both hilarious and extremely accurate. It’s rare the lusty side of being a teenage girl is shown and combined with the character being East Asian — the film represents an often forgotten group of girls.

[Netflix’s ‘The Adam Project’ is a feel-good sci-fi]

The animation is beautiful and brings together a lot of different styles while making sure none of the characters are physically or emotionally perfect. Mei’s group of friends is diverse and they have characteristics many teenage girls can be insecure about. Miriam has braces, Priya has a deep voice and Abby is overweight. The film never focuses on these aspects, allowing them to just become part of the characters and helping normalize these things for teenage girls.

As all films do, Turning Red has some major stumbling blocks that take away from the beauty of it. The biggest one for me was what felt like an exaggeration of Mei’s family. They felt very stereotypical and lacked a certain level of dimension that is often the reality of our parents. Mei’s mother, Ming Lee, works at their family temple, but seems to also have the time to follow Mei around at her school.

They want to exaggerate these moments of Mei feeling embarrassed by her mother, but the representation of Ming brews more resentment than it does resolution toward the end of the film.

Mei is understandably angry and frustrated with her mother throughout the film, but in the end it seems as though the audience is supposed to accept that they have embraced a new kind of relationship wholeheartedly.

[The oldest gallery in Spain offers a renewed look at reality]

The rest of Mei’s family also seem to encompass every Asian auntie stereotype in the book. Their red pandas also seem to have no distinction other than their hairstyles, similar to the aunts themselves. They are never distinguished, which feels like a misstep on the part of the creators. It would have been amazing to have them introduced, like Mei’s friends were, rather than having them be painted as part of the oppressive group that is Mei’s family.

After seeing Mei accept her panda and use it to her own advantage, it seemed like at least one of her family members would have had some doubt about banishing their red panda again. Instead, they all question Mei’s choices rather than their own.

The one character in Mei’s family that did seem to have more than just a stereotypical personality was her father. He was the most interesting character because he didn’t fit the mold of a typical Asian father. While he was uncomfortable with periods, he was also the one who comforted her, saved her favorite stuffed animal, and told her it was OK to love her red panda.

We knew from the beginning Mei would accept her red panda, as this trope is present in all Pixar movies. She and her mother would end up getting along and she and her friends would stay as their group. These other characters in the film obviously have their charm, but none of them are unexpected the way the father is, making him the best part of an already beautiful film.