The oldest gallery in Spain offers a renewed look at reality 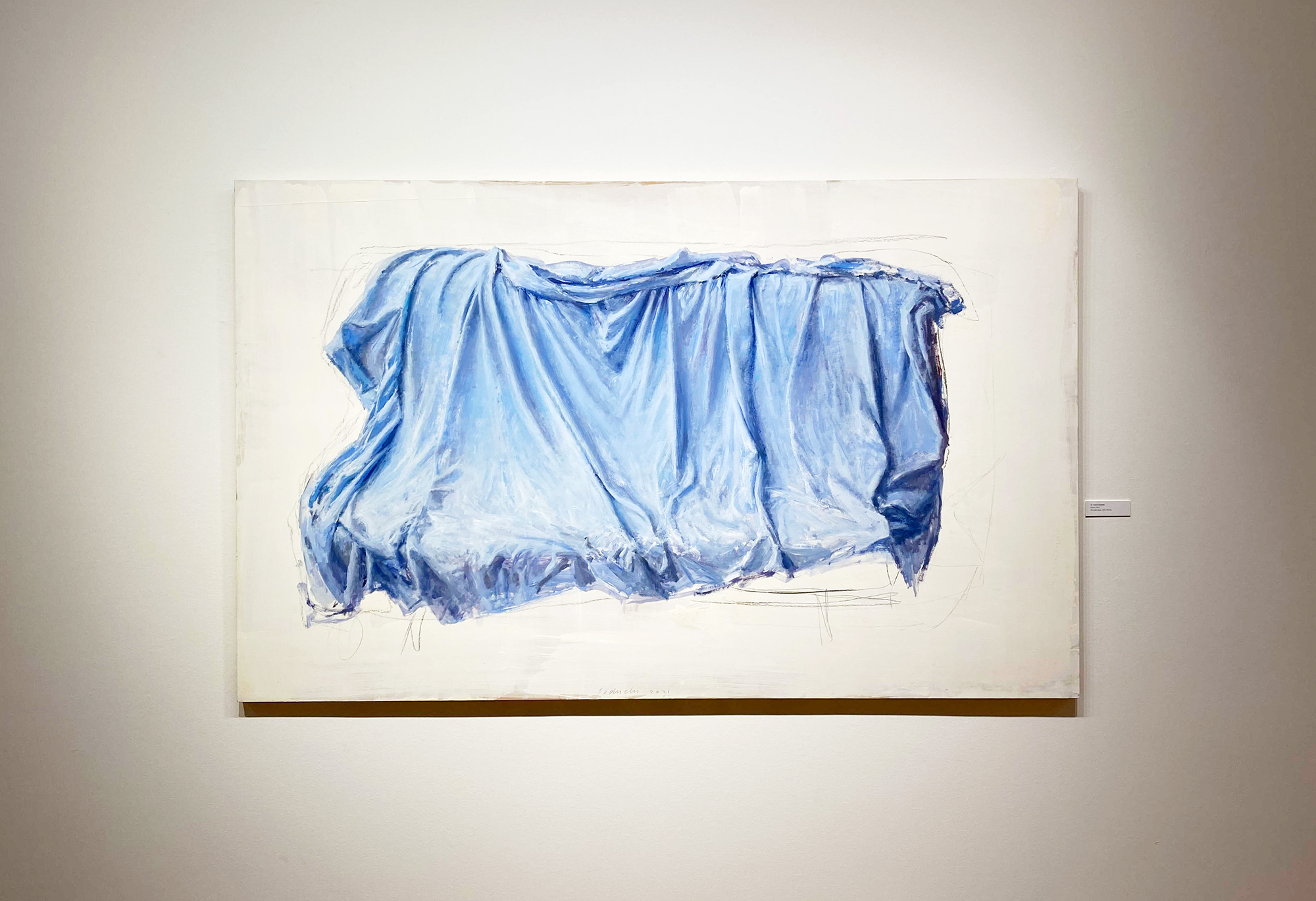 Contemporary figuration and realism paintings fill the three exhibition halls, where the gallery usually displays work from its resident artists, according to the gallery’s website. On the bottom floor of the large exhibition hall, Leticia Feduchi combines her skill for oil painting with scribbled sketching and pencil shading techniques that make her routinely painted pomegranate seeds appear to be rolling off of the canvas.

Feduchi’s paintings push small, everyday objects such as fruits or fabrics into the spotlight, isolating them in an intense atmosphere that highlights their pure, yet intriguing aspects. Through the exploration of tones, texture and lighting, Feduchi evokes newfound feelings toward mundane items.

For example, in one piece that depicts a simple blue cloth draped over what seems to be a couch, Feduchi brings intense dimension to the creased and crinkled fabric. The pencil sketched outline of the couch swiftly departs from the realistic, asymmetrical oil painting that commands the center of the canvas. The painting creates a calming and comforting sensation that relaxes the viewer’s mind.

[From crowd-surfing to acoustic takes, Holly Humberstone and Girl in Red rock D.C.]

Stepping away from mundane household items, Feduchi also captures nature with faded and dreamlike brush strokes. The exhibition, titled “Sol,” includes a set of landscapes painted in Mallorca, Spain in the summer of 2020.

Framing a tree filled landscape in a vignette style, the dull green border of “Jardí III” distances the viewer from the serene scene, making the vision seem much further from reality. Bordering the canvas like a window or abstract frame, Feduchi channels the emotion that nature evokes: what it feels like to be outside, in the countryside’s open air.

The sun shines on the plants, and the cool cast of a shadow contrasts the light filtering through the branches. These landscape pieces calm viewers’ mental space, while delivering a warm physical environment where passivity prevails as freedom from the harshness of one’s own mind.

According to art critic Jose Corredor-Matheos, Hurtuna’s work deals with beings, objects and intimate environments that were all part of his world at the time of their creation. The exhibition includes self portraits, wherein the figures are refined over strict figuration, as well as several female nude sketches and abstract paintings.

Although realistic in representation, Hurtuna’s work also carries a certain level of artistic freedom that’s particularly evident in the outlines of figures and in the color strokes, which combine warm and cold tones.

In “Església,” Hurtuna moves away from the visible reality of a simple church to reveal a geometric structure in the scene’s composition. Consisting of a somewhat musical rhythm, with strict multicolored brush strokes jumping around the canvas like instruments popping into a lively melody, Hurtuna pulls the realistic out of reality while maintaining the structure of a known image.

In other pieces, Hurtuna revives dark, monotonous scenes through still movement. With a muted color palette, Hurtuna depicts a shelf with a framed painting hung behind it. The shelf holds a pitcher with tobacco pipes overflowing out of it and a pile of artwork in disarray on the right-hand corner of the shelf. Slipping off of the edge of the shelf, the papers are permanently frozen in disorder.

The last exhibition hall, a small room off to the side, showcases another tribute commemorating Simó Busom, who died in 2020. In these pieces, Busom recreates Spain’s mountainous landscapes and well-known Barcelona city districts with a textured and undefined painting style.

Taking inspiration from a fragment of reality, Busom endowed scenes with full artistic autonomy, so the work stood on its own with a life of its own.

Two scenes of the Plaça Reial in Barcelona capture the moderately busy plaza from two different angles, depicting a distinctive fountain surrounded by palm trees and boxed in by the European-style buildings. Passersby blend into the smeared buildings and roads, only standing out by their brightly colored clothes.

In all, each exhibition gave a reprieve from reality without escaping the known. Everyday objects and scenes were given new perspectives. Fruit became an isolated beauty while landscapes faded into themselves, blurring strict lines and softening realistic scenes.